Statement by monitors warns of overcrowding and inhumane living conditions 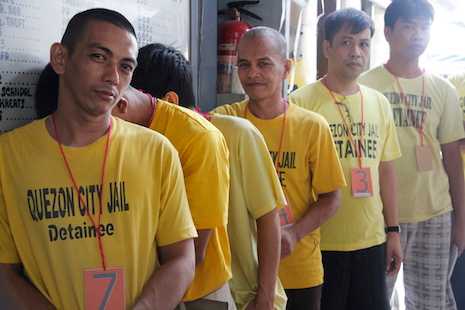 The UN Sub-Committee on the Prevention of Torture visited the Philippines last week to monitor the implementation of the “Optional Protocol to the Convention against Torture”, a UN mechanism that was ratified by the country in 2012.

“We encourage the government to find solutions to overcrowding as a priority,” said committee head Suzanne Jabbour in a statement issued on Wednesday in Geneva.

The UN body is expected to submit its “confidential preliminary observations” to Philippine authorities later this month.

"We hope, and expect, that the Government of the Philippines will use our report to improve the conditions of people deprived of their liberty, in particular by dealing with the chronic problem of overcrowding in places of detention," Jabbour said.

She noted that for the Philippines to meet its treaty obligations the country should have set up a national independent monitoring body "to prevent torture and ill-treatment [of prisoners] and to improve conditions of detention”.

Jabbour and her team visited police stations, pre-trial facilities, prisons, a juvenile rehabilitation center, a correctional institution for women and a psychiatric hospital during a 10-day visit to the country, according to the statement.

The Catholic Bishops’ Conference of the Philippines has repeatedly appealed to President Benigno Aquino to grant executive clemency to indigent, sick and elderly inmates on humanitarian grounds.

Bishop Leopoldo Tumulak, chairman of the bishops' Episcopal Commission on Prison Pastoral Care (ECPPC), said many inmates, especially those who are sick — and their families — have been enduring the repercussions of incarceration for years.

"Their families have exhausted all the resources available to them to finance their medical bills," he told ucanews.com.

The bishop said the Church's prison ministry has been doing what it can to meet prisoners' needs, but with meager resources and a volunteer staff.

Bishop Tumulak added that many of the country’s detainees have not even been convicted of a crime but remain locked inside overcrowded facilities.

Data from the ECPPC shows that only 35 percent of the 114,368 inmates under the country's Bureau of Jail Management and Penology and the Bureau of Correction were actually found guilty of crimes and were serving their sentences.

The remaining 65 percent have only been charged with various crimes but have never been convicted by a court.

"They are detained because their alleged crimes are not bailable or they can’t afford to pay the bail," said Rodolfo Diamante, executive secretary of the ECPPC.

Diamante said the slow judicial process for inmates remains a major challenge that has been causing prison congestion, adding that the "grossly deficient" facilities in national prisons and various jails have given rise to "sub-human" living conditions.

Human rights group Karapatan last week also called on the UN body to look into the conditions of political prisoners, most of whom face "trumped-up criminal charges and are suffering from inhuman conditions and repression in detention centers".

As of March 31, 2015, Karapatan documented 527 political prisoners currently in detention around the country, 220 of whom were arrested in the past five years.