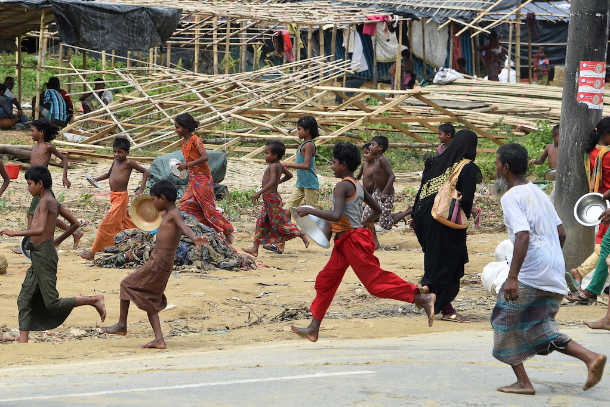 Thomas Andrews, new special rapporteur on the situation of human rights in Myanmar, said his primary constituents are those whose human rights are under threat or under siege. He also pledged to engage with and listen to the government of Myanmar on issues of human rights.

During an interactive dialogue at the Human Rights Council on July 13, Andrews pledged that he would seek the light of truth to serve as a guide for the choices that members of this Council would make.

Myanmar has faced legal pressure from the world including the ICJ and ICC over atrocities against the Rohingya and other ethnic minorities following the military’s bloody crackdown, which forced over 700,000 Rohingya to flee to neighboring Bangladesh.

The European Union (EU) has called on Myanmar to resume its cooperation with the special rapporteur’s mandate and to grant immediate and unrestricted access.

Myanmar denied entry to former rights envoy Yanghee Lee from December 2017 until the end of her mandate in April 2020 after claiming her reports were biased.

Lee said Myanmar and its security forces must abide by the ICJ’s provisional measures and its own presidential directive to respect the Genocide Convention.

The EU commended the IIMM and its role in ensuring justice and accountability, and called upon all states to offer their full cooperation.

The UN rights envoy has voiced concern over the escalation of fighting in Rakhine state, which has displaced even more civilians at a time when hundreds of thousands of Rohingya driven from their homes are still living in deplorable conditions in refugee and displacement camps and villages, lacking basic rights and unable to move freely.

Andrews said the UN Secretary-General’s call for a global ceasefire was being ignored in many areas of Myanmar and the cost in human lives and human suffering was enormous.

Fighting still raging in Myanmar’s western Rakhine and Chin states and more than 81,600 people were forced to flee from their homes due to the conflict between the Tatmadaw (military) and the Arakan Army which erupted in December 2018.

As Myanmar is scheduled to hold general elections on Nov. 8, the rights envoy has questioned whether they will be free and fair.

“The people of Myanmar deserve a free and fair election this November,” said Andrews, adding that “this includes respect for the right to vote regardless of one’s race, ethnicity or religion, freedom of expression and assembly, and access to information and a free press.”

He noted that it will also require that steps are taken now to assure that those in conflict areas will be able to exercise their rights.

Myanmar is in a transition to democracy following political and economic reforms began under a quasi-civilian government after ending decades-long military rule in 2011.

“Will the military, known as the Tatmadaw, be based on service to the nation – accountable to its people through their duly elected civilian representatives – or will it be beyond the reach of civilian government authority and accountability?,” said Andrews.

The Aung San Suu Kyi-led civilian government took office in 2016 following a resounding victory over the military-linked party in the 2015 elections.

The Tatmadaw, however, still retains a significant political role in the Southeast Asian nation under the 2008 constitution that gives the military veto over any changes to the constitution.