The nation's policies and laws for people with disabilities do not fully comply with the UN treaty, observers say 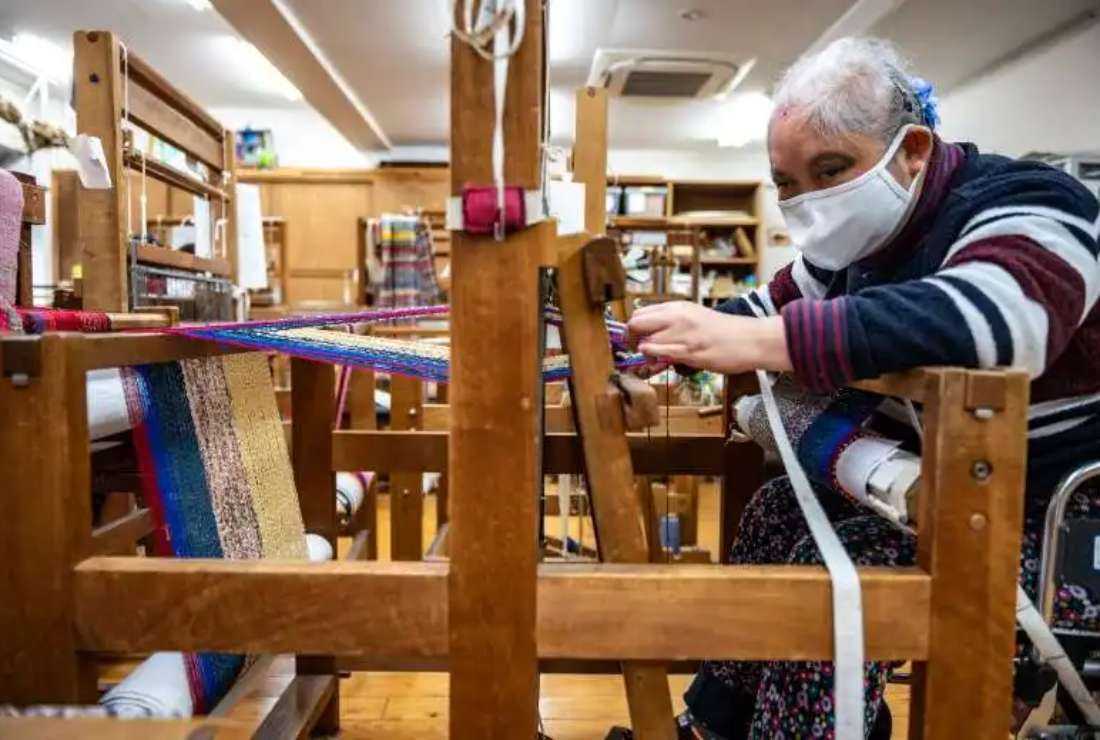 Kimiko Osawa makes crafts for a welfare trade shop in Hachioji in Tokyo that sells items made by hand by people with various disabilities across Japan. (Photo: AFP)

A United Nations committee has called on Japan to revise its laws to bring an end to the prolonged institutionalization and isolation of disabled children and adults in the country.

The UN Committee on the Rights of Persons with Disabilities conducted the first assessment of Japan’s policies and laws for persons with disabilities in Geneva in August and issued recommendations on Sept. 9, Japanese newspaper Asahi Shimbun reported on Sept. 14.

The committee members and observers cited glaring gaps in the implementation of the UN Convention on the Rights of Persons with Disabilities (CRPD) that Japan ratified in 2014.

The UN treaty promotes the full integration of persons with disabilities in societies.

The committee recommended the government revise the laws related to disabled adults and do more to have an inclusive education for children who may have such disabilities.

An ex-committee member stated that even though the recommendations are not legally binding, improvements are needed in current policies to be at par with the U.N. Convention.

“It will be important for the government to squarely face up to the contents and work to bridge the gap between our society and the society that the convention seeks to bring about,” said Jun Ishikawa, professor emeritus of Disability Studies at the University of Shizuoka.

Ishikawa also highlighted the lack of a roadmap for the abusive treatment of patients in psychiatric institutions.

He stated that the use of restraints has “doubled in the past 20 years” and was often “applied when not necessary” during a patient's prolonged stay at such institutions.

Another expert felt that the number of psychiatric beds is too high in Japan compared to other countries.

“There are estimates that Japan has a high per capita ratio of hospital beds for those with psychiatric problems among advanced nations,” said Kazuyo Masuda, who heads Yadokari no Sato, a support organization for those with psychosocial disabilities.

Among the Organization for Economic Cooperation and Development (OECD) nations Japan has the highest number of psychiatric care beds measured at 2.57 beds per 1,000 population in 2020.

This figure is alarming since it is about 1.8 times the figures reported by Belgium which has only 1.41 beds per 1,000 population in 2020.

However, the response from a welfare ministry official on the matter of psychiatric treatment faced disbelief and opposition from those observing the proceedings.

“Japan’s facilities are not surrounded by high walls or steel doors,” the official said adding further that “Some residents enjoy cherry blossoms outside or within the facility as well as picnics.”

Yuhei Yamada, 37, of Tokyo, who attended that session felt that the official was lacking perspective.

“I felt the perspective was off track like the official seemed to be saying even if someone is in a facility or hospital, everything would be all right as long as they can look at cherry blossoms,” Yamada said.

Yamada said he experienced first-hand how mentally challenged people are treated during his stay at psychiatric institutions for about 18 months on four separate occasions due to schizophrenia.

Another improvement suggested by the committee was an inclusive education for children who may have disabilities.

Jonas Ruskus, the vice-chair of the committee and co-rapporteur for the country, said at a press briefing that Japan must reverse its “negative trend of (segregated) special education,” the Japan Times reported.

Sara, a 14-year-old affected with higher brain dysfunction caused by exanthem subitum, a viral infection at the age of two was also among the observers, Asahi Shimbun reported.

Even though she managed to get into a regular school she still faces difficulties to receive the extra support that she needs to progress in her studies.

Now in her final year of junior high school, her request for exam questions in larger fonts is not granted as it would place an additional burden on her teacher.

Japan is required to submit reports on the measures implemented in response to the committee’s recommendations by February 2028.

The government data from 2019 showed Japan had 3.2 million people who suffer from various mental diseases. The total number of people with disabilities is about 3.7 million in a population of more than 125 million.