Special rapporteur to address laws that limit freedom of belief 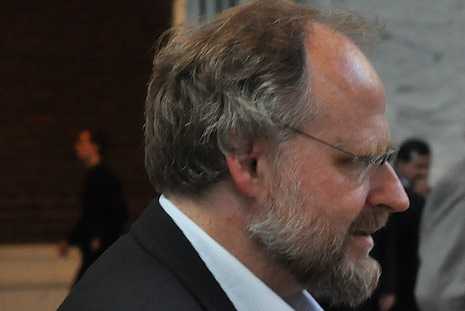 The United Nations special rapporteur on freedom of religion or belief, Heiner Bielefeldt, is meeting Vietnamese government officials this week to draw up a report for the UN’s human rights council.

Bielefeldt’s mandate during the trip, which takes place July 21-31, is to learn more about the promotion and protection of freedom of religion or belief in Vietnam, and obstacles to this fundamental right.

He is to announce his preliminary findings at a press conference in Hanoi on July 31 before drawing up his report, which will be made public next year.

Sources say one of Bielefeldt’s topics of concern is Decree 92, introduced in 2012 to regulate religious activities and organizations.

Decree 92 has been widely criticized as being harsher than previous legislation, for its vague and ambiguous language and for introducing extra layers of bureaucracy, the rights group Christian Solidarity Worldwide (CSW) said in London on Monday.

CSW said that research it had conducted since Decree 92 came into force showed evidence of harassment, intimidation and intrusive monitoring, arrest, imprisonment, torture and extra-judicial killings in Vietnam.