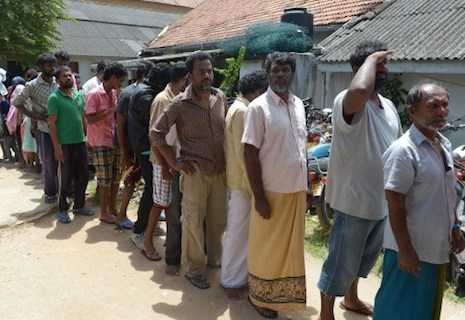 The United Nations High Commissioner for Refugees has distanced itself from Australia’s still unsigned deal to transfer refugees from the Nauru refugee detention center for resettlement in Cambodia, one of Southeast Asia’s poorest nations.

First raised in February, the cash-for-refugees deal is believed to be imminent. Australia’s hardline immigration minister Scott Morrison described progress as being “frustrating,” but a team of 10 bureaucrats from Canberra is now in Phnom Penh attempting to finalize a deal and a site has already been tapped.

“The government is continuing its discussions on these issues and welcomes the receptive and positive response from Cambodia that has been provided to date,” a spokesperson for Australian immigration minister Scott Morrison’s office said.

Details of the deal under discussion remain shrouded in secrecy, hidden from Australian voters and taxpayers -- for whom the bill is already mounting.

“UNHCR is not party to this bilateral agreement in any way,” Vivian Tan, regional spokesperson for UNHCR, told ucanews.com on Friday.

“We are deeply concerned about the precedent being set by this type of arrangement that in the first instance, transfers asylum-seekers who have sought Australia’s protection to Nauru, in conditions that have previously been described as harmful, then relocates refugees recognized in Nauru to Cambodia.

“Asylum-seekers should ordinarily be processed, and benefit from protection, in the territory of the state where they arrive, or which otherwise has jurisdiction over them.”

Tan said that UNHCR has expressed these concerns “to officials of both governments through various means, including in meetings and in writing.”

“We have consistently advocated that asylum-seekers should have their claims processed in the country in which they arrive and that, if found to be refugees, they are offered protection there, with the full rights under the 1951 Refugee Convention,” Tan said.

UNHCR is part of a growing chorus of refugee and aid agencies who have slammed the deal.

The Cambodian Human Rights Action Committee (CHRAC), a coalition of rights groups and NGOs, said in a statement the lack of transparency would inevitably weaken whatever deal is struck.

“CHRAC is gravely concerned that the two governments will simply push through the deal with no public scrutiny from either country. This is contrary to the fundamental principle of open government, respect for rule of law and due process,” the organization said.

“The two governments have set up the perfect information vacuum surrounding the proposed deal.”

Sister Denise Coghlan, the head of the Jesuit Refugee Service in Cambodia who has lived in the country for more than 20 years, has also previously criticized the deal.

In recent years, Cambodia has been known for failing to protect asylum seekers. In December 2009, some 20 ethnic Uighurs were forcibly sent back to certain prison and possibly death in China before their asylum claims had been assessed in Cambodia.

“UNHCR issued a statement of concern at this violation of the principle of non-refoulement, which prohibits sending people to a place where their lives and freedoms could be in danger. UNHCR has been unable to access these deportees upon their return,” Tan said.

“We have been working with Cambodia’s nascent Refugee Department [previously known as the Refugee Office] to strengthen officials’ capacity and to try to prevent such incidents from occurring again.”