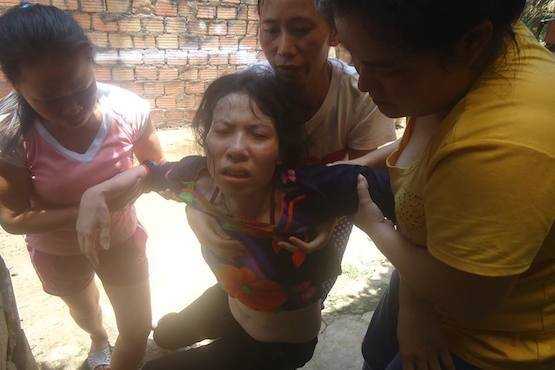 U.N human rights officials have called on the government of Vietnam to stop the persecution of Christian activist Tran Thi Hong.

Tran "has been repeatedly arrested and tortured as retaliation for informing the international community of human rights violations against her husband, who is in prison for peaceful religious activities," said a statement released by the U.N. High Commissioner for Human Rights.

The Special Rapporteur on freedom of religion or belief, Heiner Bielefeldt, and the Special Rapporteur on torture, Juan E. Mendez, also urged the Vietnamese authorities to put an end to all persecution and harassment, including criminalization, against religious leaders and human rights defenders, women human rights defenders and members of their families.

Tran, spouse of imprisoned Pastor Nguyen Cong Chinh, was initially arrested on April 14. She allegedly was tortured and warned to stop her activities promoting freedom of religion. Since then, Tran "has been repeatedly arrested and harassed by the authorities, who are trying to force her to 'cooperate' with the government," the statement said.

"We are concerned that the repeated arrests and the continuing detention of Ms. Tran resulted from her peaceful human rights work and exercise of her fundamental rights, which constitutes arbitrary detention," the U.N. statement said.

Her husband has been in prison since 2011 for his religious activities as director of the Vietnam-U.S. Lutheran Alliance Church, which is considered as anti-government and anti-communist by the authorities. In prison, he has been subjected to torture and deprived of contact with his family.

The human rights leaders said Vietnam should "immediately and unconditionally release Pastor Nguyen Cong Chinh and Ms. Tran Thi Hong, as well as all persons detained for their legitimate activities in the defense of human rights."

"The Vietnamese government has the obligation to respect the right of religious communities to organize themselves as independent communities and to appoint their own leaders," Bielefeldt said.

Hong was briefly detained in March while attempting to meet with a U.S. delegation on religious freedom.

She alleges state security forces tortured during an arrest in April and during an 11-day period in May.