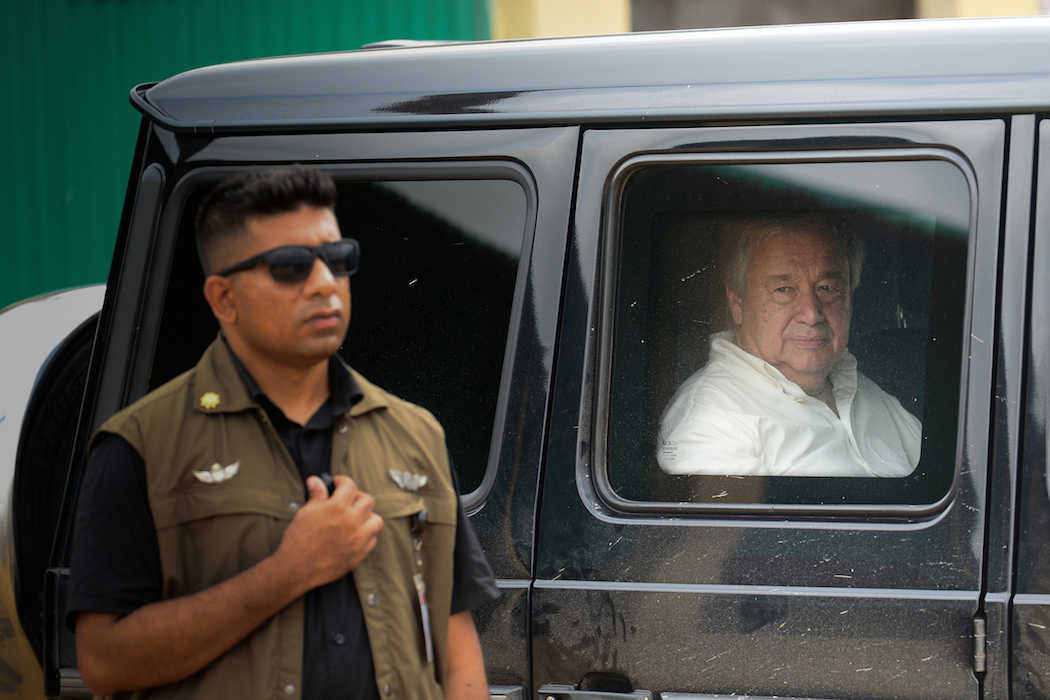 UN secretary-general, Antonio Guterres (right) looks on from his car as he leaves Kutupalong refugee camp during his visit to the Rohingya community in Bangladesh's southeastern border district of Cox's Bazar on July 2. (Photo by Munir Uz Zaman/AFP)

Rohingya refugees in Bangladeshi camps have expressed optimism they will receive justice for atrocities committed against them in Myanmar and for a safe and dignified repatriation to their homeland following a visit by the United Nations chief and World Bank head.

"In Cox's Bazar, I have heard unimaginable accounts of killings and rape from Rohingya refugees who recently fled Myanmar. They want justice and a safe return home," Guterres tweeted following the visit.

"It is systematic violation of human rights. Rohingya people are the most discriminated people in the world. They need recognition … the most basic rights of citizens from the government of Myanmar," Guterres also said at a press conference in Cox's Bazar straight after the visit.

Before they arrived, dozens of refugees holding placards that read "We want safe return to Myanmar" and "We want citizenship" demonstrated outside the camps.

Law enforcers dispersed them before the high-profile visitors arrived.

However, the refugees said they were glad and hopeful as a result of the U.N. chief's visit.

"This gives us hope that one day justice will be meted out over the atrocities we have endured in Myanmar, and that one day we can go back home safely and with dignity," Muhammad Rezwan, 26, from Kutupalong camp in Cox's Bazar, told ucanews.com.

Rezwan fled to Bangladesh from the Maungdaw area of Rakhine State in Myanmar in mid-October 2017 with his parents and four siblings. They live in two makeshift bamboo houses in the camp and rely on rations from aid groups for survival.

"I believe the U.N. and the international community will put pressure on Myanmar so that we have basic rights including citizenship before we go back home," he added.

Abul Hasan, 45, a Rohingya community leader from Lombasia refugee camp, expressed skepticism over the Rohingya repatriation agreement between Bangladesh and Myanmar, and called for strong international intervention to resolve the Rohingya crisis.

"Myanmar and Bangladesh signed the agreement without consulting us refugees, and we don't know what is in it or whether it guarantees our safe return and a life of dignity in our homeland," Hasan, a father of five, told ucanews.com.

"The U.N. visit gives us hope that the international community is making us a priority, and I want to see their intervention bring an end to persecution, impunity as well as assurances of basic rights and citizenship," he said.

Muhammad Abul Kalam, commissioner of the state-run Refugee Relief and Repatriation Committee, said the visit was a "positive gesture."

"Now they have seen everything with their own eyes, they can feel the depth of the crisis. I believe they will help refugees get more international support in terms of aid and for their repatriation," Kalam said.