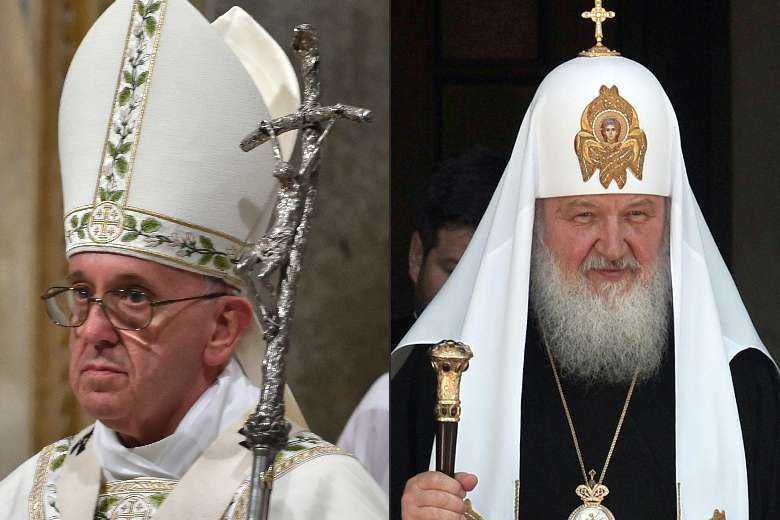 Almost a thousand years ago, the most tragic division among the adherents of once one solid Christian religion happened. The religion founded by Jesus Christ was divided into two, the Orthodox Church in the East and the Roman Catholic Church in the West in what is historically known as the Great Schism of 1054.

It was indeed a “counter-witness,” a deformation in the beautiful face of the lovely Bride of Christ, to say the least.

How’s this related to the Russian invasion of Ukraine? The Russia-Ukrainian War did not begin in 2022. The armed conflict started when Russia annexed Crimea and declared war in Donbas, following the so-called “Ukrainian Revolution of Dignity” initiated by pro-Russian protestors and Ukrainian separatist groups in 2014. Crimea and the Donbas are recognized internationally as constitutive parts of Ukraine.

A religious conflict rooted in the Russia-Ukrainian War spilled over into Southeast Asia in 2018, pitting the Russian Orthodox Church (ROC) headed by Patriarch Kirill of Moscow against the Patriarchate of Constantinople in Istanbul headed by Ecumenical Patriarch Bartholomew, recognized by many as the “first among equals.”

In 2018, according to Vladimir Legoyda, head of the ROC’s Synodal Department for Church, Society and Media Relations, ROC opened four dioceses in Southeast Asia without the blessings of the Patriarchate of Constantinople. They are the following: Diocese of Singapore (comprising Singapore, Indonesia, and Malaysia); Diocese of Korea (Russian Orthodox Church) (comprising North and South Korea); Diocese of Thailand (comprising Cambodia, Laos, Thailand and Myanmar); and Diocese of Philippines and Vietnam.

ROC today is the largest of the Eastern Orthodox churches with over 100 million adherents served by more than 40,000 full-time presbyters and deacons.

This is where the line between the religious and the ideologico-political dimensions in the intricate structure of the different Orthodox churches gets thinner. The creation of these four dioceses was seen as an attempt to extend the Russian reach in Asia inasmuch as ROC maintains a close relationship with Russian President Vladimir Putin.

Meanwhile, Ecumenical Patriarch Bartholomew initiated the Constantinople-Moscow schism when in 2018 he officially recognized the Ukrainian Orthodox Church or UOC’s independence from ROC that traditionally claims jurisdiction over Ukraine's three Orthodox churches, to wit: UOC-Moscow Patriarchate-ROC; UAOC or the Ukrainian Autocephalous Orthodox Church; and UOC-Kyiv Patriarchate, now separated from ROC since 2018.

Putin, a practicing Russian Orthodox Christian, maintains and has repeatedly announced, that Russians and Ukrainians are essentially one people.

Avoiding an oversimplification of the situation, it is said that Ukraine’s three Orthodox Churches mentioned above completely disagreed with the position of the ROC led by Patriarch Kirill of Moscow, who supported and even justified the Russian invasion of Ukraine. This is the context where ecumenical dialogue has been made complicated by war.

The most recent disagreement between Pope Francis and Patriarch Kirill of Moscow was grounded on Patriarch Kirill’s concurrence with the line of ideologico-political reasoning of Putin, that Russians and Ukrainians are essentially one people and that, in order to realize this, it is incumbent for Russia to invade Ukraine to make the people one. As Putin has repeatedly told the world, it’s neither a war nor an invasion but a “special military operation” to achieve unity.

As we recall, St. John Paul II in his 1988 Apostolic Letter Euntes in mundum has implied that Europe (also Christianity) has two lungs, the East and the West. Our Polish pontiff said it so pulchritudinously: “It will never breathe with ease until it uses both of them.”

Since Vatican Council II, Rome, through the Pontifical Council for Promoting Christian Unity, has been pushing harder and harder for ecumenical dialogues with other Christian churches, particularly with the Orthodox churches. Pope Francis said it with emphasis: “Division among us Christians is a scandal. There is no other word: a scandal.”

Passionate about ecumenism, Pope Francis met Patriarch Kirill of Moscow at the Havana airport in Cuba, a historic first meeting between the leaders of the Roman Catholic Church and the ROC since the 1054 Great Schism.

Unfortunately, the long-awaited second meeting between them in Jerusalem did not take place after Russia invaded Ukraine early this year. An ecumenical dialogue at the highest level, so much desired by Vatican Council II and the popes after the council, was canceled until the ROC changes its position and declares that Putin’s ideologico-political reason for invading Ukraine is unacceptable and until Patriarch Kirill decry the “horrendous cruelties of war” and condemn the unnecessary killing of civilians in Ukraine.

For some, the cancellation of the second meeting means that Pope Francis has completely burned the bridges of dialogue between Rome and the Moscow Patriarchate. In my humble opinion, it’s not. That second meeting will one day resume, I am dead sure. Despite this and other ideologico-political obstacles, the Roman Catholic Church is tireless in its attempt to be reconciled with all Christians of different confessions, even if takes forever, because it’s her mandate directly coming from her Founder who said:

*Jose Mario Bautista Maximiano is the author of ‘THE CHURCH CAN HANDLE THE TRUTH: Mercy Healing of Historical Wounds’ (Claretians, 2017). The views expressed in this article are those of the author and do not necessarily reflect the official editorial position of UCA News.