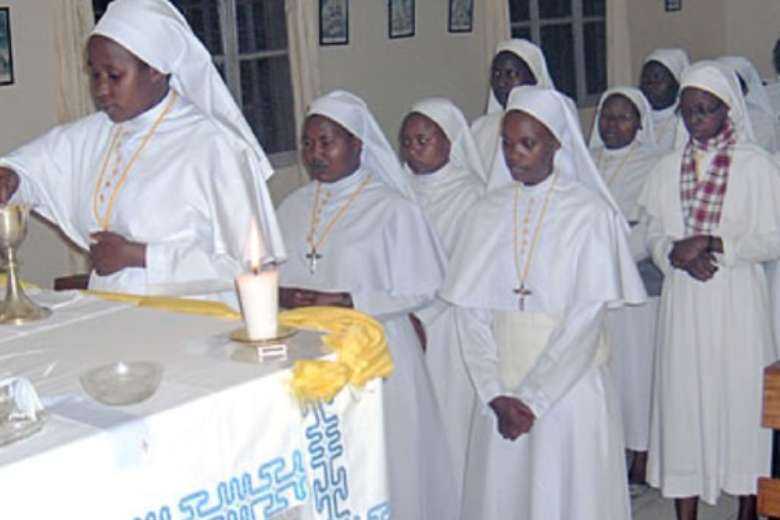 Ambushed and killed: South Sudan is in mourning after the murder of two nuns of the Sisters of thee Sacred Heart. (Photo: Sacred Heart Sisters South Sudan/Catholicleader.com)

Two Catholic nuns were shot and killed along a highway in South Sudan Aug. 16 as they were returning home to Juba. Seven other sisters survived the attack.

Sisters Mary Daniel Abut and Regina Roba were members of the Sisters of the Sacred Heart in the Archdiocese of Juba. They were returning to Juba after attending the centenary celebrations at a parish in the eastern Diocese of Torit.

Father Samuel Abe of the Juba Archdiocese announced a four-day mourning period Aug. 17. The sisters will be buried Aug. 20 at the St. Theresa Cathedral in Juba.

At the Vatican, Cardinal Pietro Parolin, Vatican secretary of state, sent a telegram to the chargés d'affaires at the Vatican Embassy to South Sudan, saying Pope Francis was "deeply saddened to learn of the brutal attack." The pope offered condolences to the victims' families and religious community and offered his prayers and blessing.

A spokeswoman for the religious congregation said that on the way back from the parish celebration, nine sisters boarded the same bus. As they were ambushed, they tried to flee and hid in the bushes.

She said the gunmen went straight to where Sister Abut was hiding and shot her, then shot Sister Roba. Sister Abut died en route for help, but Sister Roba could not be found immediately. Her body later was collected by the army.

Sister Abut had served as the superior general of the order from 2014 to 2018. She was serving as a headmistress in one of order's schools in Juba.

Sister Roba was serving as a tutor and administrator of a nurse training school in Wau.

Various media reported at least two, possibly three other people were killed in the attack.