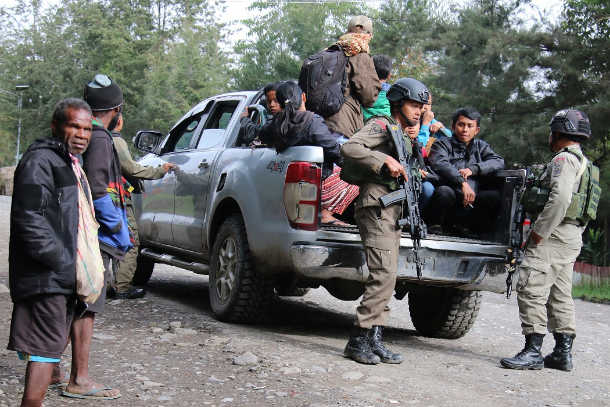 Fresh violence in Papua between Indonesian security forces and a separatist group has left at least two soldiers dead, casting a dark shadow over Christmas preparations in the predominantly Christian region.

The two soldiers were killed in a clash between government troops and fighters from the pro-independence West Papua National Liberation Army in the province’s Intan Jaya district on Dec. 17.

Rebel spokesman Sebby Sambol, said the troops were attacked in response to the government sending more troops to the province in recent weeks.

The military says the increase in the number of troops was to help ensure security during the Christmas and New Year period following reports of a rise in insurgent activities and the intimidation of locals.

“Our personnel were patroling an area suspected of rebel operations when they were ambushed and two of our soldiers were killed," said Taibur Rahman, an Indonesian military spokesman.

Rahman added that the attackers were also believed to be behind the shooting of three motorists who were found dead in the district with gunshot wounds to their heads in October.

Agustinus Pogua, a Catholic in Intan Jaya, told ucanews that the clash has sparked fears that this Christmas might be far from peaceful.

"We are afraid that the attack will trigger a retaliation or further ones,” he said.

Even though soldiers regularly patrol the area, people still feel insecure, he said.

“Most people are choosing to stay at home while helicopters are regularly flying overhead,” he said.

Catholic priest and rights activist Father John Djonga said that the authorities must try to restore calm to the area.

"Our hope is that the situation can be controlled so that Christians feel safe enough to celebrate Christmas,” the priest said.

Sisriadi, another military spokesman, said there would be no additional troops to the 6,000 sent to Papua, despite the attack.

“We’ve sent all the troops we intended to send there,” he told reporters in Jakarta on Dec. 20.