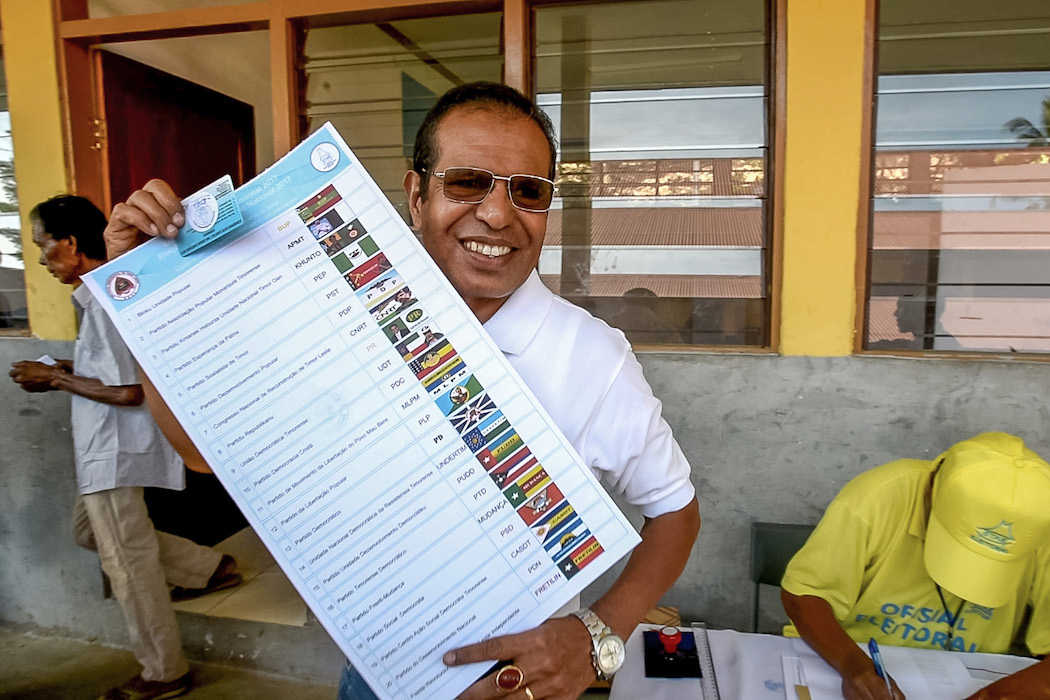 A file image of former president of Timor-Leste Taur Matan Ruak showing the ballot paper during parliamentary election in Dili on July 22, 2017. Ruak was sworn in as prime minister on June 22. (Photo by Valentino Dariell De Sousa/AFP)

Taur Matan Ruak was sworn in as Timor-Leste's seventh prime minister by President Francisco "Lu'Olo" Guterres in a ceremony at the Presidential Palace in Dili on June 22, officially ending 11 months of political gridlock.

The 63-year-old PM was formerly president of the country from 2012-17 and nominated 42 ministers and vice-ministers but 11 were missing from the ceremony, having been knocked back by the president because of corruption investigations.

Former president and prime minister Xanana Gusmao, who leads the biggest party in the Alliance for Change and Progress (AMP) coalition and whose nomination as minister adviser to the PM has been accepted, snubbed the ceremony in protest at the president's rejection of the 11 members of cabinet. Because of his absence, Gusmao is yet to have an official post in the new government.

The absence of the 11 has left major holes in the new administration as the nominees for the portfolios of health, defense, commerce, finance and the interior include those turned down by Guterres. The president comes from the main political party Fretilin, which Ruak's AMP beat in the May 12 election, the country's second poll in 10 months.

"Timor-Leste is a semi-presidential system and we are starting to see here some aspects of 'cohabitation', when you have a prime minister and a president from different political parties, leading to negotiation and likely compromise on certain issues," Swinburne University politics professor Michael Leach told ucanews.com

To add to the complications, there has been jockeying for positions inside AMP, a coalition of three parties: the Congress for Timorese Reconstruction (CNRT), the People's Liberation Party led by Ruak and martial arts group-cum-street gang turned political party KHUNTO.

CNRT is led by Gusmao, who as well as having the minister adviser to the PM role will continue negotiations with energy companies to exploit the Greater Sunrise undersea energy reserves worth at least US$50 billion.

Despite AMP officially declaring it would oppose Guterre's decision to block the appointments and refer them to various independent bodies for review, Leach said: "There is precedent for the president successfully opposing certain ministerial nominations that comes from 2012."

Then, it was Ruak himself when president who successfully knocked back the nomination of Maria Domingas Alves, a revolutionary fighter known as Micato, as minister for defense and security by then prime minister Xanana Gusmao. She was eventually reappointed to her previous position as minister for social security.

The ministerial nominees who have been knocked back by the president include Sergio Lobo nominee for health minister, a confirmed wife beater; Francisco Kalbuadi Lay for commerce, tourism and sports minister, who was previously caught up in a football scandal and had the country banned for two years by FIFA.

Gastao de Sousa, nominee for planning strategic investment, Helder Lospes, nominee for finance minister, and Tomas Cabral, nominee for state administration minister, have all been alleged to have engaged in nepotistic and corrupt practices.

Vergilho Smith, nominee for veterans affairs minister, had allegedly given falsified documents and Brigadier General Filomimo Paixao, nominee for minister for defense, is alleged to have had an improper relationship with a Malaysian company for hardware supplies to the military.

Gastao de Sousa is currently in court on corruption and misuse of government property charges in the first of what are reportedly a string of cases to be brought against him.

A number of vice-ministerial nominees have also been knocked back for a range of similar allegations. 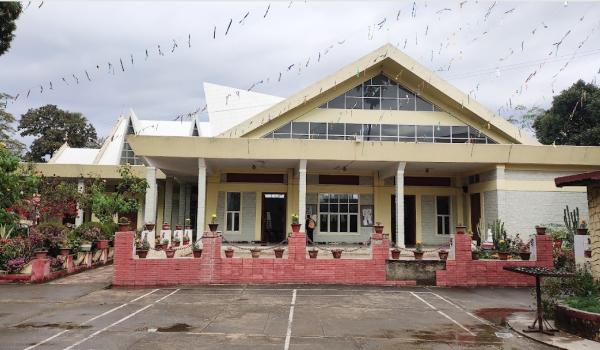