Trying to turn the tide of religious hatred in Myanmar Myanmar's Muslims say that persecution against them has escalated since reforms started (picture: AFP Photo/Soe Than Win)

When he was a young Buddhist monk, 54-year-old Seinnita recalls that in the former colonial hill station Pyin Oo Lwin, a two-hour drive from Mandalay, bigotry and prejudice towards Muslims was normal.

“My friends told me that Muslims kill animals, which contradicts Buddhism in Myanmar society,” he says.

Buddhists are against slaughtering animals in theory, and monks are typically vegetarian, but in reality most people in Myanmar – Buddhists and Muslims – eat meat.

Seinnita’s peers, almost all Buddhist monks, referred to Muslims as kalars, a racist Myanmar term for people with dark skin.

Among the country’s roughly 48 million Buddhists, such views – or worse – have become all too familiar as religious rioting and persecution have left hundreds dead as well as thousands injured and homeless across the country over the past 18 months.

The solution, says Seinnita and a small group of other people reaching out to other religions, is greater interaction and understanding between Buddhism and Islam.

In 2007, after years of being surrounded by Buddhist prejudices, Seinnita said he attended a social science seminar in Mandalay that addressed tolerance and harmony among different religions.

It changed him, he says. “I escaped from the rigid idea of only knowing about my own religion.” 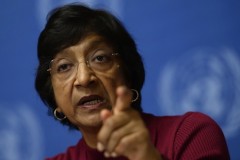 It was an incident that hinted at Myanmar’s deep-rooted religious tensions. Gruesome videos included footage of one man who was set on fire – apparently a Muslim – and a local resident calling for water. Then another voice off-camera shouts: “No, no water for him – let him die.” Police came under criticism in local and international media as they stood watching, but doing nothing.

On the surface, Yangon is among the most religiously diverse cities in Asia. Gold-leafed Buddhist stupas lie just a few hundred meters from mosques, Catholic and Anglican churches from the British colonial era, Hindu temples established by Indians who arrived during the same period and Daoist temples established by Chinese traders.

While many of these communities brush past each other in the street, they also remain largely separate. And overall, there is no doubt who remains in charge – Buddhists are by far the majority, representing 80 percent of the population.

“I was not recruited as a civil servant in the Foreign Ministry because I am a Muslim,” says Aye Lwin, pointing at discrimination that extends to the heart of the Myanmar government.

Some have theorized that the violence stems from hardliners in the military stirring trouble as a pretext for army control. Others say that recent sectarian troubles represent the lid coming off a state which has just ended half a century of military rule: in the bad old days, rioters would have been too scared of the police and military to stir up trouble.

Groups like the anti-Muslim ‘969,’ which has been linked to recent violence, would never have been allowed such a free reign under the former military regime which barred gatherings of more than five people and viewed civil unrest as a threat to its power.

The figurehead of the anti-Muslim movement, Mandalay Buddhist monk Wirathu, was arrested for his sermons and sentenced to 25 years in prison under the former military regime in 2003.  In 2010, he was among the first prisoners to be released as part of an amnesty that has led to hundreds of political detainees being freed by the current reformist government.

Since then Wirathu has called for Buddhists not to marry Muslims, a boycott of Muslim businesses and Rohingyas to be expelled to majority Muslim countries.

The root cause of such rhetoric is a lack of education, says Jeff Boucher, managing director of Yangon-based Theik Khar Myanmar Institute which offers interfaith teaching and leadership skills for young people of different religions.

“The government should publicly criticize, condemn and – if necessary – arrest regional leaders and religious leaders that promote and brainwash their followers with all of these ridiculous and false ideas about the other side,” he says.

Critics have noted that President Thein Sein and Nobel Peace Prize winner Aung San Suu Kyi, the leader of the opposition, have done little to address the problem, and cynics point out that Myanmar faces a decisive general election in just over 18 months.

Meanwhile, a handful of people continue to try to do their bit to mend fences between Myanmar’s religions.

“As an educator, I obviously see education as the main key to reduce the tensions, but not just formal government education,” says Boucher.

The Theik Khar Myanmar Institute is unique in offering a range of social science-based disciplines from leadership to cultural awareness including a new political and social interfaith program for high school and university graduates from marginalized communities including Christians from restive Kachin State in the north, Buddhists, Hindus and Muslims.

Aye Lwin says that anti-Muslim hate speeches over loudspeakers, on DVDs and in leaflets have become all too common in Yangon. In response, Thet Swe Win, a campaign coordinator at Pray for Myanmar, an interfaith youth group in Yangon, has led efforts to distribute T-shirts, stickers and DVDs preaching the opposite: peace. The campaign is a response to the violence in Meikhtila, he says.

“We need more dialogue by bringing together leaders from Islam and Buddhism – including radical monks and imams – so that we may build mutual trust, understanding and tolerance,” says Thet Swe Win.