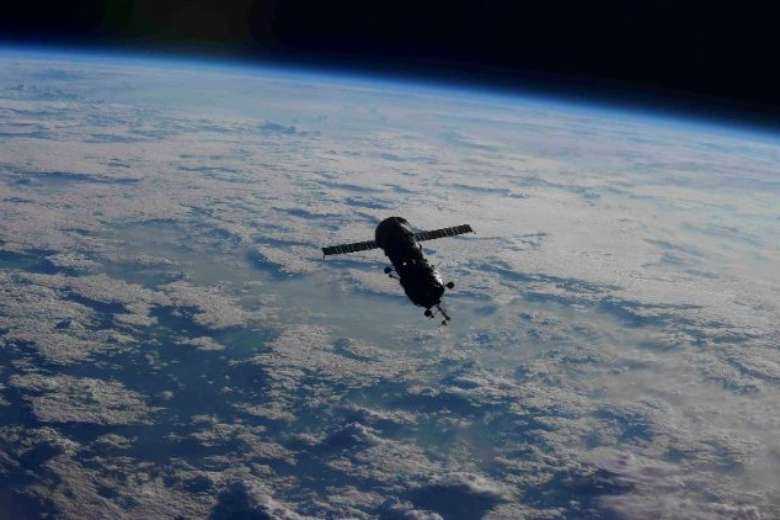 A spacecraft is photographed after undocking from the International Space Station. (Photo: vaticannews)

Those who are stubbornly skeptical of science and those who eagerly embrace science as infallible both have a dangerous misunderstanding of the nature of science, a US Jesuit astronomer said.

These two tendencies reflect "the temptation to turn science or faith into a fortress against our basic and human fear of uncertainty," wrote Jesuit Brother Guy Consolmagno.

"We trust the (COVID-19) vaccine not because it is perfect, but because it greatly increases the probability of not getting sick. The real and obvious problem lies in the fact that most of us cannot understand how probability works: that is why casinos and lotteries are so successful," he wrote in an article published in the Jesuit journal La Civiltà Cattolica.

The article, which appeared in Italian in the journal's Jan. 15 edition, was titled "COVID, Faith and the Fallibility of Science." A copy was distributed to reporters Jan. 13.

Anti-vax proponents and conspiracy theorists have a mistaken idea of what science is and what it can promise, the journal's summary of the article said. On the other hand, those who mistakenly hold science up as infallible unfortunately end up fueling science skepticism.

Brother Consolmagno, a planetary astronomer and director of the Vatican Observatory, wrote that it is important people understand the true purpose of science and how important and necessary doubt is for achieving progress and acquiring greater understanding.

A popular slogan right now in the fight against the spread of the COVID-19 pandemic is "Trust the science," he wrote.

This false either-or dichotomy feeds the fallacy that faith and science are at odds, he said. It also could explain part of the reason why a September 2021 Pew study found that US white evangelicals were the least likely religious group to get vaccinated.

"It's as if it's saying that the distrust of science present in that community, which translates into skepticism toward vaccines, follows a perceived need to choose between science and faith," he wrote.

"The opposition between faith in science and faith in religion has implications beyond the mistrust of vaccines. It is evidence of a fallacious view of what science is and what it can promise," Brother Consolmagno said.

"This misunderstanding is widespread not only among those who are skeptical of science, but also, and perhaps even more dangerously, among those who embrace (science) too hastily" because when science fails to live up to any kind of "exaggerated reliability, this failure only fuels skepticism" about science in general, he said.

People may not want to admit it, but "there is a grain of truth in that fear of granting unconditional trust in science," he said. "Science sometimes makes mistakes."

COVID-19 vaccines "prevent disease in the overwhelming majority of those who are vaccinated and reduce the severity of disease," he said. "But vaccines are not perfect," and people can still get sick, even though rarely seriously.

Science is based on doubt and error, said the Jesuit, who holds degrees from the Massachusetts Institute of Technology. "Failure is not an option, it is a requirement" and knowing that one "knows nothing" is what drives deeper study and progress.

Accepting this uncertainty, nevertheless, obliges you to also accept the risks connected with attempting something uncertain

Science is always incomplete by its very nature, always growing and changing as new knowledge and experience accumulate, he said. It is perfectly OK to read an old book on philosophy or theology, "but you would never study your grandfather's biology textbook," he said.

"You become a scientist only when you are able to look at something that you thought you understood and end up saying, 'That's not right!'" knowing there are important lessons in mistakes, he said.

"Accepting this uncertainty, nevertheless, obliges you to also accept the risks connected with attempting something uncertain. You can't win a regatta without the risk of tipping over," the Jesuit said, recalling how the boat he sailed in college never tipped over and he never won a race.

"Certainty is not a religion but is fanaticism; it is not science, but scientism," that is, a blind faith in science, he said.

The hunger for certainty and a distrust or rejection of authority are strange bedfellows since the one wants "a perfect truth and, at the same time, rejects anyone who says they are able to guide us toward that truth," he said.

What ends up happening, he said, is people start hunting for their own answers, doing their own research online and "favoring secret sources of knowledge available only to a few people in the know."

What is particularly dangerous, he said, is when holding onto these personal beliefs comes at a cost, such as losing one's job, and it felt as an act of persecution. A purely mistaken belief can then become so entrenched it can never be accepted as wrong since it has become a fundamental part of one's being and identity.

"Science does not give the perfect truth," but experiments and theories can be constantly refined, giving people increasingly precise descriptions of nature, he said.

"Doing science depends on loving even the boring parts of doing meticulous study, it is believing even when trust in our scientific progress wavers, it is being willing to forgive and learn from those who made mistakes in the past. Loving means living with uncertainty, learning to trust," he said.

Living with the uncertainty of disease, the fallibility of science and the fear of losing one's personal autonomy require trusting in the work of others, which -- like love -- should be done "with caution and audacity," he said.

Be reasonably cautious, don't jump in blind, but also believe in knowledge, which is beautiful and fallible, he said. Despite the imperfection of science, it still leads to an increased likelihood of living a healthy life.

"We are happy that God has given us the ability to understand and appreciate his creation through our science," he said.