Thich Nhat Hanh, the monk and peace activist who brought mindfulness to the West, has died at 95 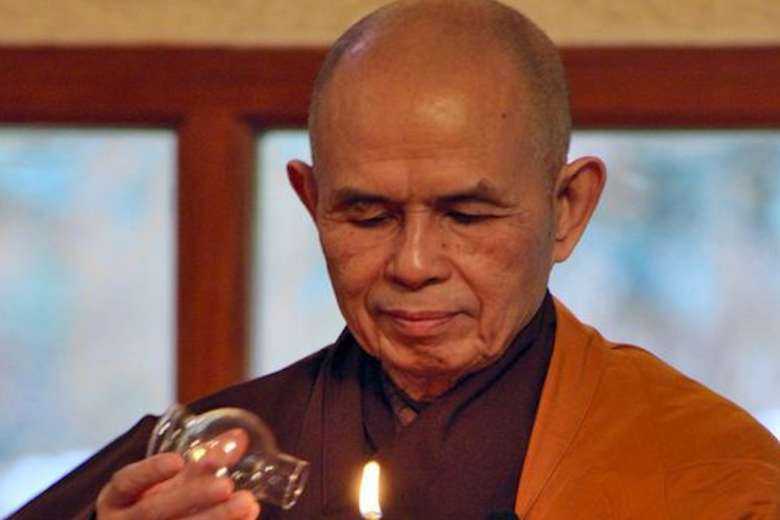 Thich Nhat Hanh, who preached mindfulness and non-violence and introduced Buddhist ideas and practices to the West, died peacefully on Jan. 22 at the age of 95 at Tu Hieu Temple in Vietnam's ancient city of Hue.

His passing was announced by monks and nuns of Plum Village, a monastic organization that he founded in France.

"Thay [meaning teacher called by his followers] has been the most extraordinary teacher, whose peace, tender compassion and bright wisdom has touched the lives of millions. Whether we have encountered him on retreats, at public talks, or through his books and online teachings — or simply through the story of his incredible life — we can see that Thay has been a true bodhisattva, an immense force for peace and healing in the world," they said in a statement.

They said Thich Nhat Hanh was a revolutionary of Buddhism, never diluting but always digging deep into the roots of Buddhism to bring out its authentic radiance.

John Powers, a professor of religious studies at Australia's Deakin University, said Thich Nhat Hanh believed "it's not enough to sit on a cushion and meditate ... and that's become a real cornerstone of a lot of modern Buddhism."

In 1961, Thich Nhat Hanh traveled to the US to teach comparative religion at Princeton University. The following year he lectured and researched Buddhism at Columbia University, where he continued to spread a message of peace and lobbied Western leaders to end the Vietnam War.

In 1967, Dr. Martin Luther King Jr. called him “an apostle of peace and non-violence” when nominating him for the Nobel Peace Prize. However, no prize was awarded that year.

His mission of calling for an end to the war led to both North and South Vietnam denying him to the right to return to either nation for 39 years.

The Zen master, who established a university, publishing house and magazine in South Vietnam in 1960s, taught, lectured and spread the message of peace and brotherhood in Europe and the US. He authored 120 books on the art of mindfulness and living peace.

Under Thich Nhat Hanh’s spiritual leadership, Plum Village founded in 1975 has grown from a small rural farmstead to what is now the West’s largest and most active Buddhist monastery, with over 200 resident monastics and over 10,000 visitors every year, who come from around the world to learn the art of mindful living.

He also founded Wake Up, a worldwide movement of thousands of young people training in these practices of mindful living. An international wake up school program was launched to train teachers in mindfulness in Europe, America and Asia.

He was only given permission to return to his homeland in 2005.

In 2018, due to his delicate health, Nhat Hanh moved back to Tu Hieu, his home temple where he had become a novice monk at age 16. He called it his “final homecoming.”

Venerables Thich Tu Dao and Thich Chan Phap from the temple announced that Nhat Hanh’s funeral would last seven days starting on Jan. 23. People are asked to take part in the practice of mindfulness, peace and compassion to send to their beloved teacher.

They said his remains will be placed in the temple and other monasteries around the world.