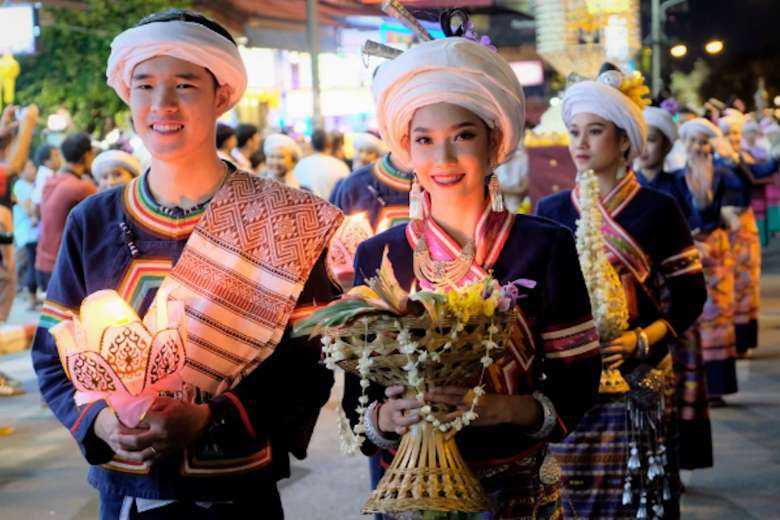 A man in the mountainous northern Thai province of Chiang Mai who abducted a baby girl on Sept. 5 from a remote hill-tribe village and left the child to die at a cave said he had wanted to sacrifice her to the spirits of the forests and the mountains.

The 44-year-old tribal man from Myanmar confessed to abducting the girl under questioning by police on Sept. 8 and led officers to the cave where he had abandoned her three days before.

The 23-month-old girl, who is the daughter of a friend of her abductor, was found alive in a little hut inside a banana plantation near the cave, which is around 3 kilometers from the village.

The girl’s disappearance had prompted a large search before her abductor was identified as a suspect. He said he was relieved that she survived the ordeal.

Many of Thailand’s hill-tribe people, who belong to a variety of ethnic groups, continue to hold animistic beliefs, although child sacrifice is a practice that was abandoned a long time ago.

Animal sacrifices to various spirits remain common because many villagers believe that these spirits need to be regularly propitiated to grant favors to people.

According to traditional customs, the first duty of a girl is to support her family in any way she can

Many hill-tribe children are severely disadvantaged because of their impoverished state since they generally receive little formal education and face various forms of discrimination in Thailand.

They are often easy targets for unscrupulous human traffickers who lure them into the sex trade under the pretext of getting them well-paying jobs in cities like Chiang Mai, the provincial capital.

“The northern hill-tribe children are especially vulnerable to internal trafficking due to state policies that discriminate against them in education and citizenship and thus expose them to poverty and disadvantage,” explains ECPAT International, a global network of civil society groups that seeks to end the sexual exploitation of children worldwide.

In addition, many children are beholden by custom to help their families even at the expense of their own well-being.

“According to traditional customs, the first duty of a girl is to support her family in any way she can. Due to this sense of duty and to pay off family debts, many girls have been forced into prostitution and some have even married their abusers,” ECPAT International says.