Nazrul Islam Ritu, 43, is the first transgender chairperson of a Union Council, a local government body 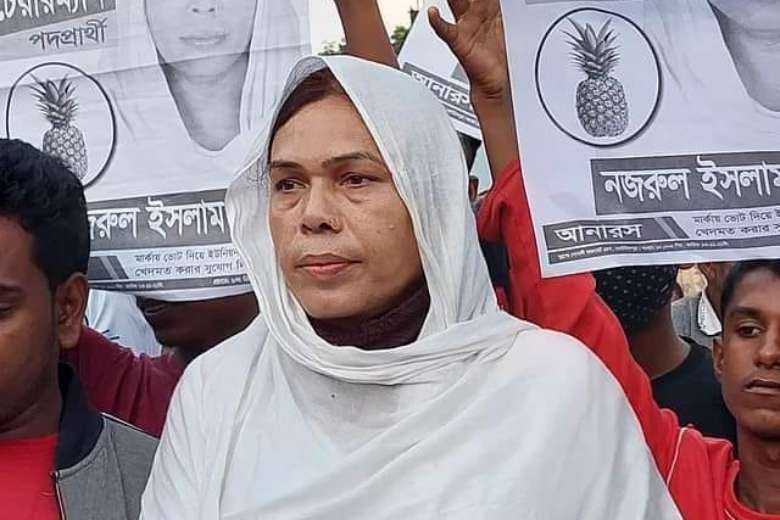 A Catholic bishop has joined activists and netizens to congratulate a transgender person who made history by winning the post of chairperson of a local government body in a rural election in Muslim-majority Bangladesh.

Nazrul Islam Ritu, 43, bagged 9,557 votes to win the post of chairperson of Trilochanpur Union Council in Jhenaidah district of southern Bangladesh on Nov. 28.

Ritu, an independent candidate, defeated Nazrul Islam Sana, the incumbent chairman and candidate fielded by the ruling Awami League party, who secured 4,529 votes, according to the Election Commission of Bangladesh.

Since the news of Ritu’s victory spread, she has become a media sensation in a largely conservative country where transgender people face widespread social stigma and discrimination.

Many commented that her victory signals a change, albeit a slow one, in the public mindset about transgender people in Bangladesh.

Bishop James Romen Boiragi of Khulna Diocese, which covers Jhenaidah district, congratulated Ritu on her victory, noting that it shows a change in the negative perception of transgender people.

“I congratulate her on her victory because the challenge she has taken is truly admirable. This victory will give courage to more transgender people,” Bishop Boiragi told UCA News.

Boby Hijra, a transgender activist based in the capital Dhaka and head of Sustho Jibon (Healthy Life), a group promoting the rights of transgender people, also hailed the victory.

“The negative attitude of society toward us has been going on for ages. But I think at least some of these negative thoughts have changed now and there will be more changes ahead as proved by Ritu’s win in a Union Council election,” Boby told UCA News.

Mohammad Ali, 32, a voter from the constituency Ritu has just won, said the victory proves transgender people can contribute to society if society offers them love and care after long-running hatred toward them.

“We have to change the mentality of looking down on transgender people. It should not be limited to our area but all over the country. If we learn to stand by their side, our society will become more beautiful,” Ali told UCA News over the phone.

Rights activists like Boby Hijra say that for decades transgender people have faced abuses and discrimination in Bangladesh where they are popularly known as hijra (eunuchs).

According to the Social Services Ministry, Bangladesh has about 10,000 transgender people. However, rights activists say their number must be 10 times higher as a vast majority of them keep their identity secret fearing social ostracism.

Most live in extreme poverty amid a lack of support for education, employment and accommodation, forcing them to resort to begging, extortion, obscene singing and dancing and even prostitution.

Many face abusive treatment regularly including teasing, tirades, beatings and sexual violence as people consider them as “abnormal and cursed,” Boby told UCA News in a 2019 interview.

In March, Tasnuva Anan made headlines when she debuted as Bangladesh's first transgender news anchor after joining the private Boishakhi TV channel

Nonetheless, there have been some positive changes in recent times thanks to years of campaigning from activists and aid groups.

In 2013, Bangladesh's government legally recognized hijra as the third or separate gender. The recognition allowed them to obtain national identity cards, vote in elections and avail themselves various state-funded social-economic benefits including allowances.

Since 2012, the government has run a project to improve living standards of the transgender community that provides scholarships to their children, skills training to those aged 18 and over, and allowances for people older than 50, among other services.

In November 2020, Bangladesh saw the opening of the first madrasa for transgender people  — the Dawatul Koran Third Sex Madrasa in the Kamrangirchar area of Dhaka.

In March, Tasnuva Anan made headlines when she debuted as Bangladesh's first transgender news anchor after joining the private Boishakhi TV channel.

Earlier, Tashnuva and another transgender woman, Ho Chi Minh Islam, were granted scholarships for a master's degree in public health at BRAC University, a leading private university in Bangladesh.