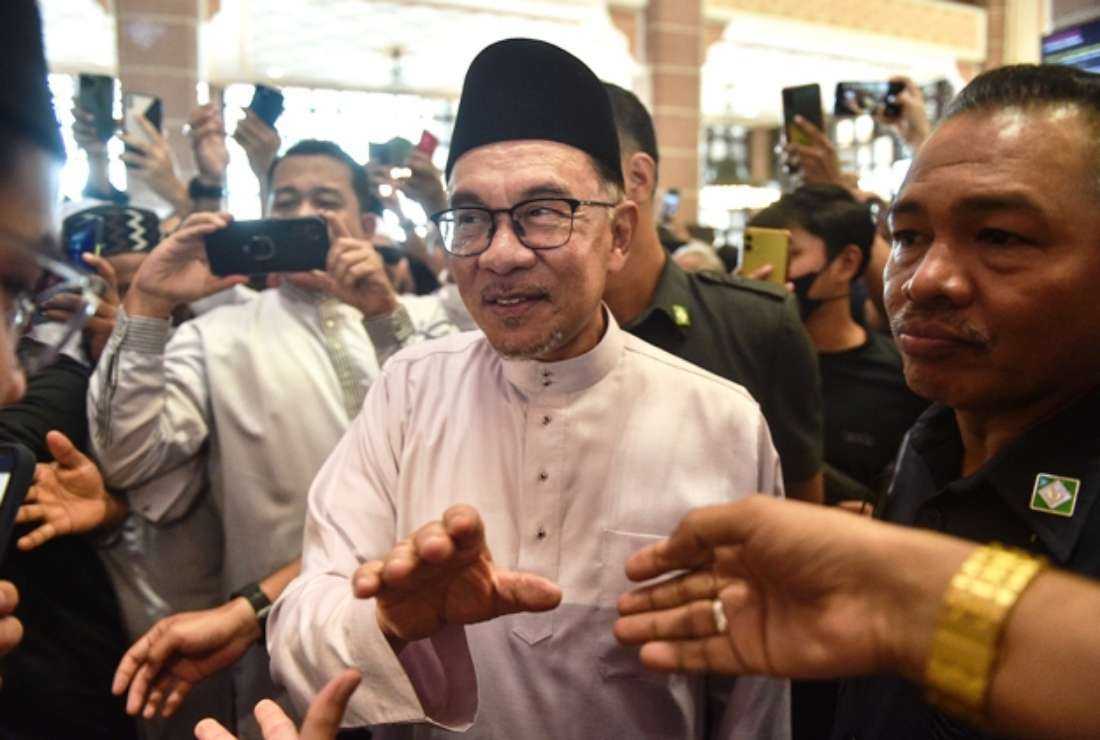 Malaysia’s new prime minister, Anwar Ibrahim, 75, has waited decades for his chance at the premiership, and now it has finally arrived after inconclusive elections did not deliver any of the country’s main two alliances a majority.

But Anwar’s Pakatan Harapan (PH), or Alliance of Hope, won the most seats, 82, short of the 112 needed for a majority with his own Democratic Action Party gaining seats. Former Prime Minister Muhyiddin Yassin's right-leaning Perikatan Nasional (PN), or National Alliance, won 72 seats.

But while Anwar’s own party is on the rise, the other major force in Malaysian politics is now the fundamentalist PAS Islamist Party (Parti Islam Se-Malaysia in Malay) whose 49 seats underpin the PN alliance.  The PAS already holds power in two Malaysian states and could threaten to take the country down a darker path. And that could be bad news for the country’s Christians.

The PN took votes mainly from UMNO/BN (United Malays National Organisation/ Barisan Nasional) which was the original alliance that catered to traditional Malay voters, especially those from the deeply conservative countryside.  In the years leading up to the election, the PAS showed its more radical, Islamic colors that have driven fear into Chinese, Indian, Christian and Hindu communities.

At one stage, a PAS leader said that the Bible has been corrupted, drawing the ire of Malaysian church groups. PAS leaders have also made anti-Chinese comments.

During the campaign, Muhyiddin himself made bizarre accusations, likely aimed at winning votes through fear.

“Pakatan Harapan is a huge danger. I saw a video where a group of Jews was talking about Malaysia, and they were praying for the country to fall into the hands of the opposition, which has been sponsoring these groups of Jews and Christians,” he told a crowd in Johor

“For me this is dangerous. Is it a process of Christianization happening? You can see it in Kuala Lumpur, in Petaling Jaya. If there are churches, there are Malays and it looks like they have already converted to being Christians,” he said.

The Council of Churches rejected the claims but it is this fractured environment that has caused the lack of a clear result in the election.

Anwar was born into a political family in Penang, his father was a member of parliament and his mother was a political organizer while Malaysia was still under British rule. His political career began with Malaysia’s Islamic youth movement, Angkatan Belia Islam Malaysia (ABIM) and in 1982; he was recruited into the ruling party, the UMNO.

He rose to become deputy prime minister in the 1990s to long-time leader Mahathir Mohamed, now 97, who lost his seat in the latest poll.

After falling out with Mahathir and leaving UMNO he advocated for change under the banner of Reformasi or reform. He spent nine years in jail for sodomy and corruption in what was widely seen as politically motivated charges that were aimed at ending his career.

He re-emerged as a political force in the 2018 election that swept the Barisan Nasional, or National Front alliance, led by his old party UMNO, from office for the first time since Malaysia’s independence but only after mending bridges with Mahathir and gaining a pardon.

Mahathir headed the alliance that won the 2018 election and Anwar was the official prime minister-in-waiting but the coalition fell apart and Mahathir fell from power to be replaced by Muhyiddin, who himself was later replaced by the latest UMNO chief Sabri Yaacob.

Despite being a veteran politician, Anwar and his DAP party, the biggest in the PH alliance, still represents the progressive and more modern face of a country still steeped in tradition. He still believes in Reformasi.

On the other hand, the PN represents a deeply conservative alliance with the Islamist PAS its biggest and fastest-growing member.

The division between PH and PN also highlights the divide in Malaysia between ethnic Malays who believe that they should govern the country and those who believe in a pluralist society that includes the large ethnic minorities Chinese (20 percent) and Indian (6 percent).

It is those minorities that tend to dominate the country’s Buddhists (18 percent) Christians (10 percent) and Hindus (6 percent) respectively. So the divide is ethno/religious, where it exists. While Anwar is a practicing Muslim, he promises tolerance and inclusion.

Anwar’s difficult task is to bring Malaysia together as a more modern and accepting nation where Islam will remain a major religion but others are able to practice their faiths with respect and in peace. It will not be an easy task.