Richard Daschbach faces 14 charges of sexual abuse of children under the age of 14, child pornography and domestic violence 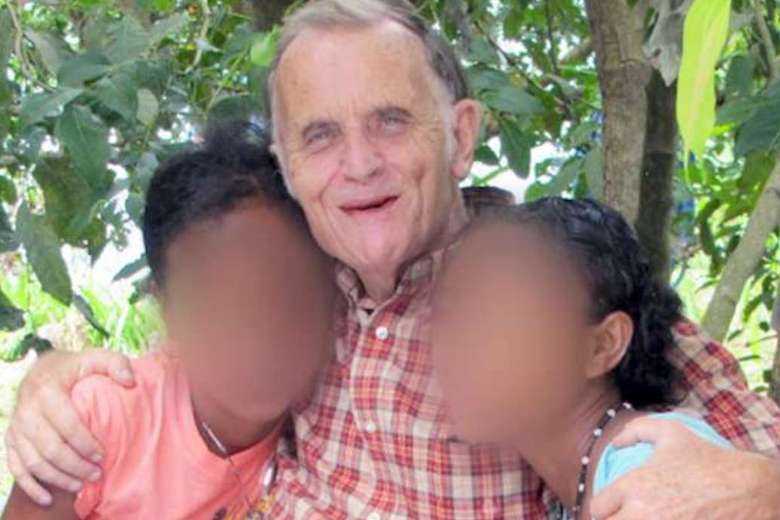 A court in Timor-Leste has started the trial of a self-confessed pedophile American priest who was dismissed from the priesthood by the Vatican on charges of child abuse in 2018.

The trial of Richard Daschbach, 84, a former priest and missionary from the Society of the Divine Word, started on Feb. 22 but was abruptly postponed until the next day, reported Associated Press.

According to Timor-Leste’s prosecutor general, Daschbach faces 14 charges of sexual abuse of children under the age of 14, child pornography and domestic violence. If convicted, he faces up to 20 years in prison.

Meanwhile, he also faces wire fraud charges in his homeland in the US and has been placed on Interpol’s red notice list, an online database of fugitive international criminals.

Judges in Dili said they needed more time to review documents of allegations against Daschbach and asked him to return to court on Feb. 23.

The case against Daschbach, from Pennsylvania, is the first filed against a clergyman in the Catholic-majority nation that gained independence from Indonesia in 1999.

Daschbach arrived in Timor-Leste in 1966 when it was still a Portuguese colony. As a missionary, he was involved in social work and reportedly backed Timorese groups seeking independence from Indonesia. He was also hailed a hero for saving children during Timor-Leste’s independence battle in 1999.

In 1993, he set up Topu Honis (Guide to Life), a shelter for homeless children, disabled adults and women fleeing domestic violence.

Through his apparent great missionary work, he became a well-connected and highly respected figure, with his friends including the country’s ruling political and civil society elites.

The accusations of sexual abuse against him surfaced in 2018, when a woman who once lived in the center emailed the Vatican.

The American was dismissed from the priesthood following a Vatican investigation into an admission by the then cleric that he had abused dozens of girls. He didn’t express any remorse for systematic abuse of scores of orphan girls.

“He admitted to everything he had been accused of in graphic detail and said it was OK because it was his nature,” said Tony Hamilton, a former Topu Honis sponsor from Australia, reported Al-Jazeera.

Following his defrocking, Daschbach returned to the orphanage, refusing to give up his ministry, and had to be later removed by authorities.

He was arrested on April 26, 2019, after Fokupers, a Timorese advocacy group that supports women and children, published an interview of a victim detailing his abuses.

However, he was released on condition of so-called house arrest. He continues to enjoy hero status for his role during Timor-Leste’s independence struggle and maintains strong connections in ruling political elites and social circles.

According to a 2015 survey by The Asia Foundation, three out of four children in Timor-Leste are physically or sexually abused.