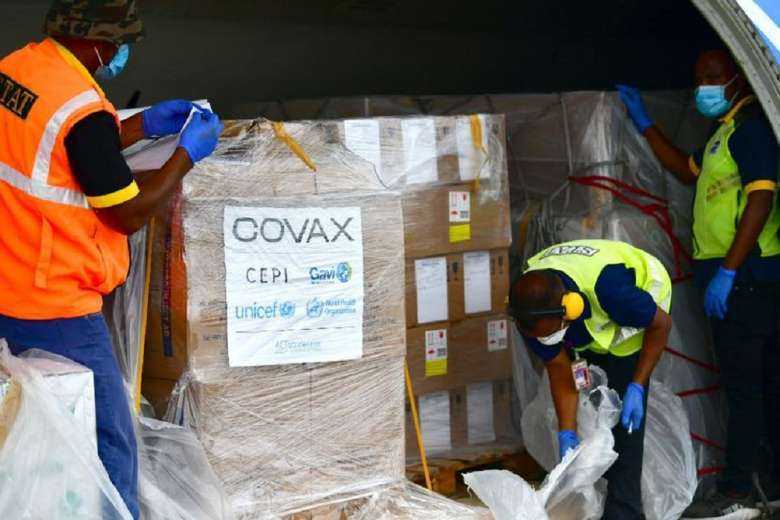 The first batch of Covid-19 vaccines arrives in Timor-Leste on April 5. The country recorded its first death from the virus on April 6. (Photo: World Health Organization — Timor-Leste)

Timor-Leste announced the death of a woman from Covid-19 on April 6, its first recorded virus death, as it tries to stem a growing infection rate.

The 44-year-old woman tested positive on March 24 with no symptoms but started showing symptoms on April 4, said Niltor do Carmo da Silva, spokesman of the Integrated Center for Crisis Management.

She suffered from chronic renal failure and died in Lahane Hospital in Dili, he told reporters, adding she had also suffered from hypertension.

The Catholic-majority country is experiencing its worst outbreak since the pandemic began with 472 active cases and a total of 765 people infected. It had previously won praise for its efforts to control the spread of the virus.

Capital Dili is under lockdown until April 16, while the cities of Baucau and Viqueque are under restrictions until April 9.

Timor-Leste has also declared a state of emergency nationwide until May, giving the government and security forces greater powers to implement health protocols.

In the past week, restrictions have raised fears of food shortages in the city, prompting some people staying in the capital to try and leave the city and return to their hometowns in spite of quarantine regulations.

Franciscan Father Marciano Soares, a priest forced to remain in Dili for a month because of the regulations, told UCA News he could understand people's frustration.

“It’s even more difficult for residents who have lost their jobs and are short of food,” he said.

Flash floods since Easter Sunday that have killed more than 20 people have also made the situation more complicated, he said.

"People are starting to get stressed at home, while logistical needs are limited,” he said.

Meanwhile, as part of efforts to develop herd immunity, the government received 24,000 doses of the AstraZeneca vaccine on April 5 and was scheduled to launch its vaccination drive on April 7.

Odete Viegas, director-general of the country’s health service, said the first recipients will be health workers, the elderly and people with chronic diseases.