Archbishop forced to act after attacks on police, prosecutors, aid groups and media by Justice and Peace Commission 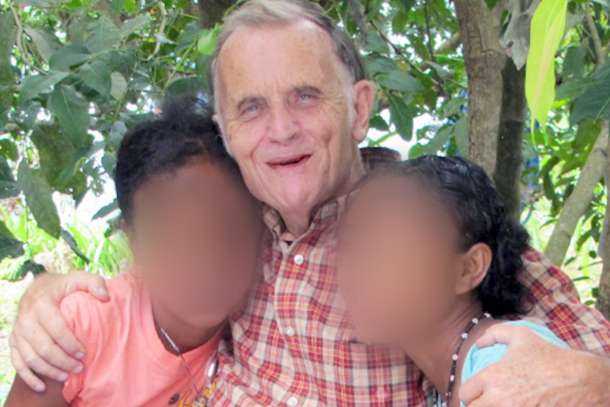 Archbishop Virgilio do Carmo da Silva of Dili has sacked the president of the Timor-Leste Church’s Justice and Peace Commission and been forced into an embarrassing apology to police and prosecutors as well as sexual abuse victims and NGOs.

The apology followed the publication of an extraordinary report by the commission that attacked police, prosecutors and organizations devoted to the protection of children concerning the prosecution of defrocked American priest Richard Daschbach, 82, who had operated an orphanage in a remote province of the country for decades.

Father Herminio de Fatima Goncalves was the signatory to the commission’s report and the group’s president,

Pope Francis laicized Daschbach in November 2018 following a Vatican investigation into an admission by the then cleric that he had abused dozens of girls in the Topu Honis orphanage in the province of Oecusse.

Following his defrocking, Daschbach returned to the orphanage refusing to give up his ministry and had to be later removed by authorities.

Members of the commission visited Oecusse and talked to more than a dozen abused girls and women, according to Dili-based newspaper Tempo Timor.

The commission’s report accused the police of intimidation and NGOs of organized crime, human trafficking and of being a “justice mafia.”

Members of the clergy have also made similar unfounded attacks on authorities and journalists.

After weeks of prevarication, Archbishop do Carmo called a press conference on Oct. 6 to apologize for the commission’s report, saying it did not reflect the Church or the opinion of the Archdiocese of Dili.

“On behalf of the Archdiocese of Dili, I want to apologize for the accusations and allegations that have affected the people involved in the investigation. The Church wants to give its support and help to the victims declared by the police authorities,” he said.

Monsignor Marco Sprizzi, interim nuncio to Timor-Leste, said the Church has no doubt that Daschbach is guilty of sexual abuse against minors, recognized by the Congregation for the Doctrine of the Faith with an unappealable sentence.

Monsignor Sprizzi told Portugeuse newswire LUSA that any other cases that arise will be investigated within the framework of the Vatican's zero tolerance policy and will be treated with the same severity.

UCA News understands that Timorese prosecutors have completed their investigations into Daschbach and victims are now awaiting his trial. He is also wanted in the US for wire fraud. No replacement for Father Goncalves has been named.