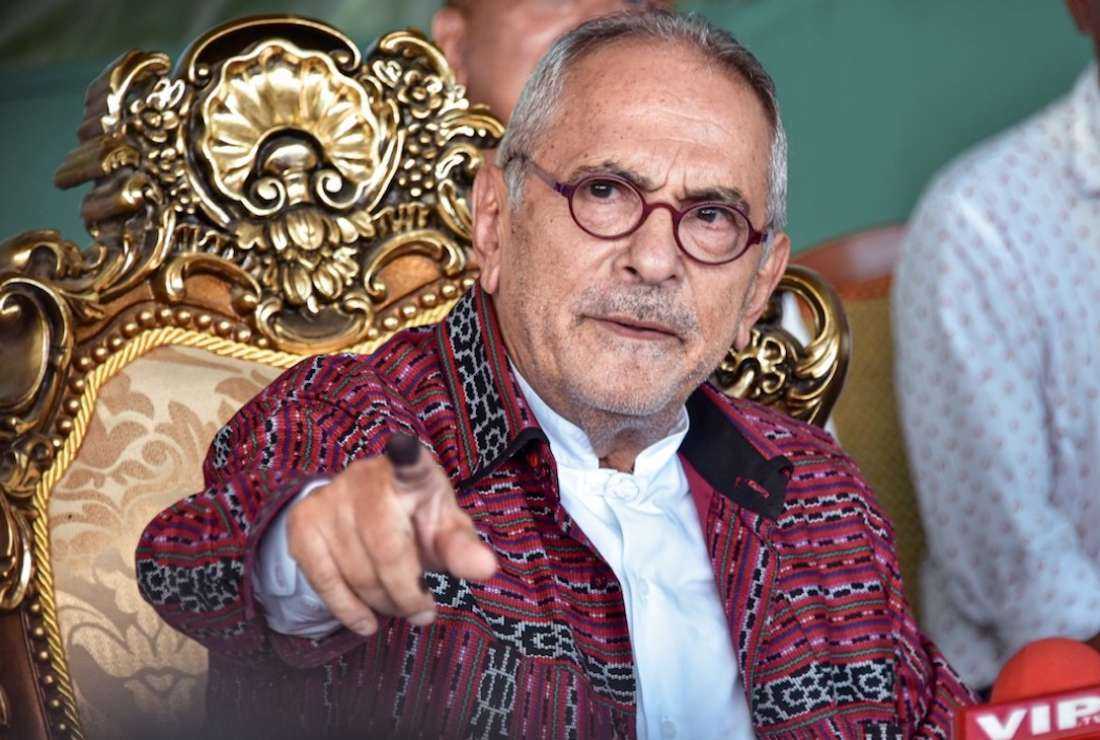 Jose Ramos-Horta gestures during a press conference in Dili on April 21 after a landslide victory in Timor-Leste's presidential election. (Photo: AFP)

Timor-Leste's president has expressed concern over the Catholic-majority country’s budget allocation and stressed the importance of prioritizing people most affected by natural disasters and the global economic slowdown.

Jose Ramos-Horta was speaking on June 13 as he promulgated the law on the Major Choices Plan for 2023 after it was approved by the government and parliament.

The president said he plans to ask the Court of Appeal to review the allocation of funds and emphasized that he had the right to give an opinion, although the ratification authority rested with the government and parliament.

“The president has the duty to act as one of the guardians of the constitution, as the protector of our democracy and the rule of law, and to ensure, within the limits of the law, respect and compliance with constitutional rules,” Ramos-Horta said.

He specifically criticized the allocation of US$1 billion for the creation of a new veterans fund out of a total budget of $3.1 billion by 2023.

The funds are part of an amendment of the budget plan in which the government added $1.12 billion to the previous plan. It is also part of a pledge by the government-backed political parties that supported Francisco “Lu-Olo” Guterres, who was defeated by Ramos-Horta in April's presidential election.

“I believe that it is precisely helping these people that this allocation should be focused on, and not only on a specific group of citizens, regardless of their historical importance”

Ramos-Horta stated that the allocation of 90 percent of the amendment budget to assist 1.75 percent of the total population does not appear fair and equitable.

“I fear that this allocation of funding is not equitable or proportionate. Perhaps a more detailed explanation of the strategy for the application of this fund would reassure our society and myself,” he said.

“There is indeed no doubt that veterans have provided an invaluable service to our country and that we wouldn't be here today without them. But this does not mean that the budgetary allocation to them in the recent rectified budget is appropriate to achieve what the government set out to do in reducing the levels of poverty that exist in our country.”

Ramos-Horta added that it does not appear to be geared to achieving the stated goal of assisting those members of the population most affected by natural disasters and the global economic situation.

“I believe that it is precisely helping these people that this allocation should be focused on, and not only on a specific group of citizens, regardless of their historical importance,” he said.

“Because of their patriotism and the role they have historically played in the fight for our independence and for a free and developed Timor-Leste, they will understand these concerns, especially, when what may be at stake, besides social equality issues, is the economic and financial sustainability of this country they love and have fought so hard for.”

He said the request for a review of the draft was part of the democratic process to ensure the normal and healthy functioning of state institutions.

Ramos-Horta has repeatedly reiterated his commitment to eliminate malnutrition and reduce extreme poverty that affects some 40 percent of the country's 1.3 million people.

As part of his commitment, he met with Catholic institutions after the election and pledged to join hands with them in trying to solve these issues.

Timor-Leste, where more than 97 percent of the population are Catholics, is one of the poorest in the world with an estimated GDP per capita amounting to $1,560 in 2019, according to the World Bank.

It also ranked 141 among 187 countries in the United Nations Human Development Index for 2020.