Government calls on people to stay at home, bans entry to foreigners 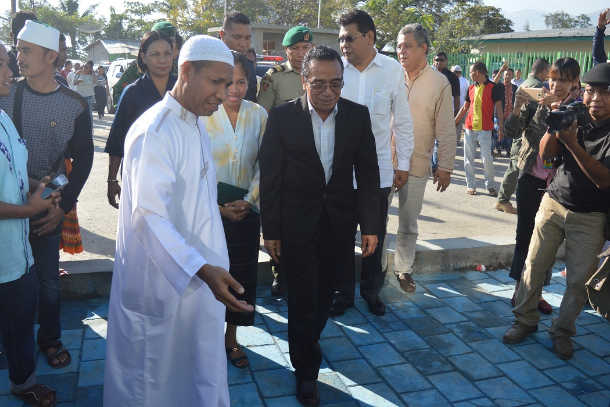 The declaration, in which he called on people to stay at home, comes a week after the nation's first case was recorded in Dili.

The president imposed the emergency after obtaining unanimous support from lawmakers in parliament to prevent the virus from spreading."I do this with full responsibility, as president of the republic, to protect everyone, not to let this coronavirus destroy each of us," President Guterres told a press conference in Dili on March 27.The president said the emergency was aimed at limiting the movement of people "in the defense of greater interests regarding our lives and our families."He called on people to join the government in fighting Covid-19 and support the country's relief team, which was being assisted by the World Health Organization."I ask all parties and political elites and their supporters to unite, to leave behind political differences to work together in fighting against this evil disease," he said.The Council of Ministers, led by Prime Minister Jose Maria de Vasconcelhos, has agreed to halt public transport during the month-long emergency.

However, supermarkets and traditional markets remain open, but people are required to wear face masks, practice physical distancing and wash their hands in the space provided.

Foreigners are also prohibited from entering the country, while Timorese nationals returning from overseas trips must be quarantined for 14 days.Police and soldiers have been deployed to ensure there are no gatherings of more than five people.Religious activities such as Mass and Muslim prayers in churches have been stopped. Schools and various educational activities have been closed since March 24 and will remain closed until the end of the state of emergency.National police commander Faustino da Costa said the police and military were prepared to enforce the emergency decree.Meanwhile, interim Health Minister Elia dos Reis Amaral said that the condition of the only recorded Covid-19 patient in the country has improved since the case was confirmed on March 21."The patient is in good condition. But we test again to make sure he is free from the coronavirus," news portal Tempo Timor quoted Amaral as saying on March 28.Father Valerio Gusmao, parish priest of Santa Cruz Church in Bobonaro district west of Dili, said the government's decision was a good move to prevent a wider impact from Covid-19 on the country."The public must understand the state of emergency is only temporary," Father Gusmao said.He said that since the Timor-Leste Bishops' Conference suspended Masses last week, he had been using social media to broadcast his Masses.