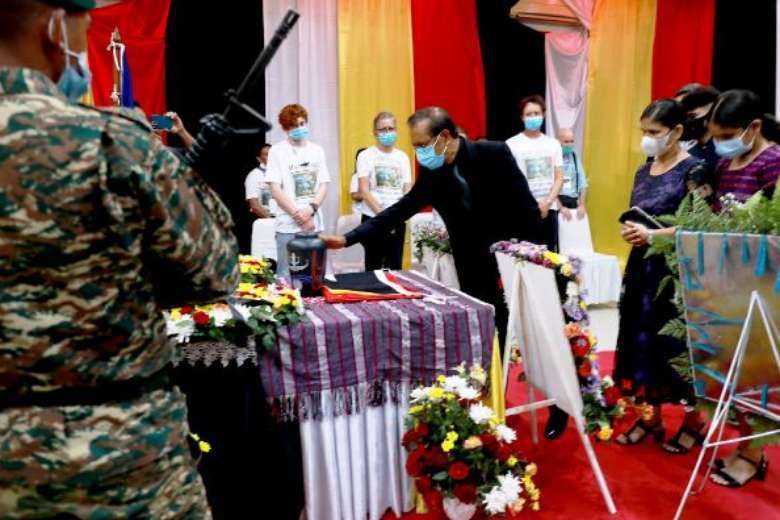 Catholic-majority Timor-Leste is paying a special tribute to the late journalist Max Stahl in recognition of his exemplary work and contribution to the independence of the nation.

Stahl, who filmed the Santa Cruz massacre on Nov. 12, 1991, when the Indonesian military shot and killed over 200 Timorese citizens at a cemetery in Dili, helped spread the suffering and sorrow of Timorese people across the globe through his footage and images.

Government leaders joined freedom fighters such as former presidents Xanana Gusmao and Jose Ramos-Hosta to receive Stahl’s ashes when they arrived from Australia in Dili on Dec. 15.

The urn containing the ashes was paraded through the capital with citizens stopping it at several places to pay their tributes.

The ashes were later placed at the Max Stahl Audiovisual Center in Timor-Leste (CAMSTL) that houses an archive of thousands of hours of films Stahl documented during the country’s struggle for independence.

State officials, including Prime Minister Taur Matan Ruak, took turns visiting the center, where the ashes were placed near a cross and a statue of the Virgin Mary.

The PM commended Stahl's extraordinary contribution to the country's struggle for independence, saying that if it were not for his images the world would have forgotten Timor.

He underlined the importance of Stahl’s and other media persons' efforts in publicizing the Indonesian occupation, violations committed by its military and the struggle for independence, which ended in the 1999 referendum.

"The role of Max Stahl is fundamental in raising world awareness about what our country was facing in the past," Ruak said in a statement.

The Santa Cruz massacre took place as more than 2,000 people marched to the Santa Cruz cemetery as part of a memorial procession in honor of Sebastio Gomez, a pro-independence activist who was killed by the Indonesian military just weeks earlier on Oct. 28.

The firing killed 74 people, most of them young, on the spot, while more than 120 died later in hospital or due to excesses committed by the military.

The massacre was filmed by Stahl and drew international attention to Timor-Leste.

Stahl died on Oct. 28 in Australia, incidentally on the same day that marked the 30th anniversary of the death of Gomes.

He was named a national hero and awarded the Order of Timor-Leste, the country's highest honor, in 2019.