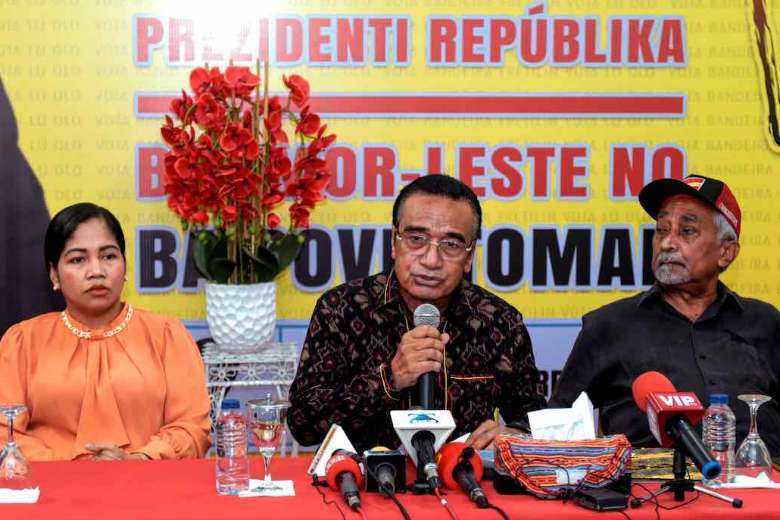 Just days before the scheduled inauguration of President-elect Jose Ramos-Horta on May 20, Timor-Leste's parliament passed a bill establishing the president's responsibilities, along with criminal threats, to the country's constitution.

The move is in keeping with calls made last month by the Catholic Church for the new president to respect the constitution amid fears that there will be political instability after a change of government.

Parliament passed the bill in a meeting on May 16, where 35 voted in favor and 24 voted against.

The Portuguese news agency, Lusa, reported that the bill was passed in record time as it was only proposed on May 3 and the debate on it only lasted three hours.

The proposed law was introduced by representatives of the Revolutionary Front for an Independent East Timor Party (Fretilin), the People's Liberation Party (PLP) and Kmanek Haburas for the National Unity of Timor Oan (KHUNTO), the three parties that supported incumbent Francisco Lu Olo Guterres who was defeated by Ramos-Horta in the presidential election last month.

The bill, which consists of 30 articles, stipulates the president's "constitutional obligations" and a prison term of between two and eight years in cases of "coercion against a constitutional body".

It also covers crimes such as an “attack on the constitution” which carries a penalty of five to 15 years, for “attempts to oppose the Constitution of the Republic, with the aim of changing or suspending it by force or by means other than those democratically provided.”

The same penalty also applies if the president, "by flagrant deviation or abuse of his functions or by serious violation of his inherent duties, even through nonviolent means or threats of violence, attempts to destroy, change or overturn the rule of law,"

Deviation, denial of justice, humiliation or refusal to carry out court decisions, are also considered crimes.

The bill is just waiting for approval from the president to be enacted into law.

It comes amid concerns that Ramos-Horta could dissolve the parliament after his inauguration, something the main supporter of his candidacy, Xanana Gusmao, chairman of the Timor Reconstruction National Congress (CNRT) party, wanted.

It links with Xanana's statements describing the current government as "constitutionally illegitimate," in relation to President Lu Olo's refusal to swear in more than half a dozen CNRT ministers after the 2018 legislative elections due to investigations into their conduct, including alleged corruption.

The concerns prompted Archbishop Dom Virgilio Do Carmo da Silva of Dili to urge Ramos-Horta to respect the constitution.

"We must maintain the constitution and instill discipline in all residents to permanently convert our nation into a peaceful, prosperous, and democratic society,” he said after last month’s election.

He told the president-elect to act "as a father figure for the country's people and be respected by all political groups."

In a post-election statement, Ramos-Horta attempted to dismiss the issue and stated that the dissolution of parliament was "not my first priority."