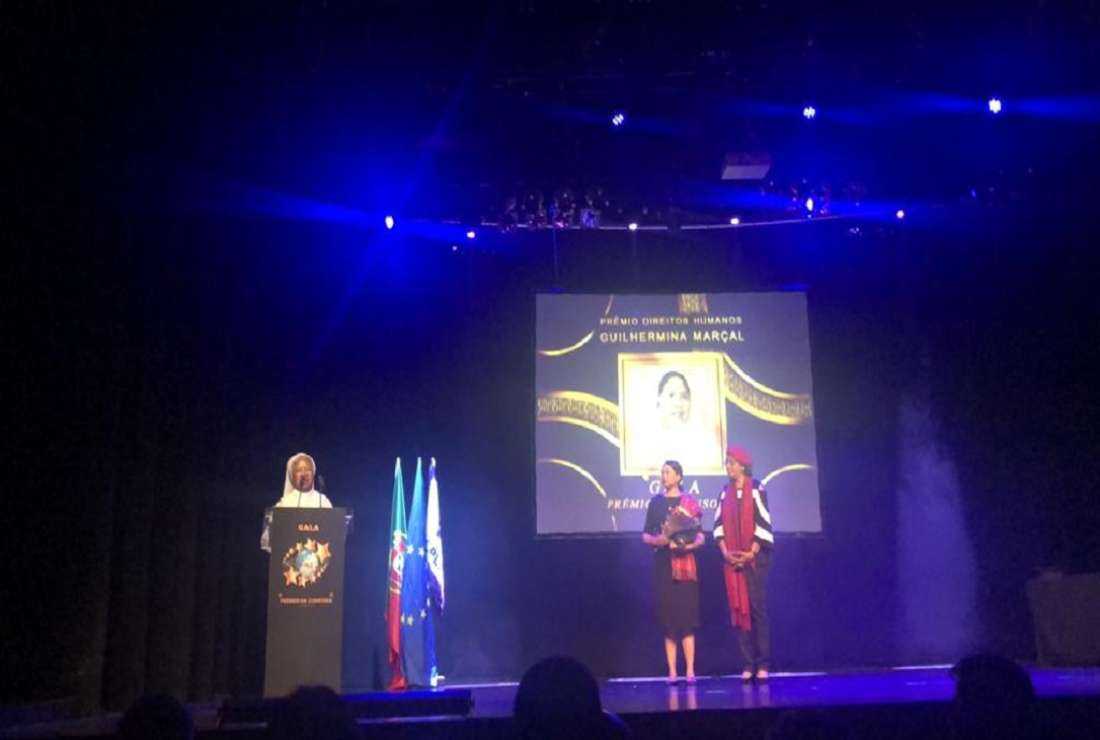 A Catholic nun in Timor-Leste has bagged a human rights award for her role during the nation’s independence struggle and for her service to end violence against women and children and other marginalized groups.

Canossian Sister Guilhermina Marcal was honored with the 2022 Lusofonia Awards on Oct. 1.

The award was started in 2017 and is given to people from the community of Portuguese language countries.

The 64-year-old nun was the first recipient of this year's newly introduced category of human rights, which she received in person at a ceremony held in Portugal.

The committee said there is “no doubt” about the nun’s humanitarian work since Timor-Leste was still under Indonesian occupation. Between 1986 and 1999, she experienced “being a witness, numerous situations in the bush, in the clandestine activities, before the Indonesian invader.” “It was at this time that a strong linking activity developed between prisoners, either in Timorese territory or internationally. She was the carrier of clandestine communications and information between Dili and Jakarta, establishing contacts with the prison of Cipinang [Jakarta] and the political prisoners from Timor,” it said. “[She] established contacts with Macau, Portugal and the Holy See. She was the carrier of letters addressed by the prisoners of Cipinang to Pope John Paul II,” it said, underlining the nun’s important role in efforts to end the bloody conflict in Timor and in the struggle for independence. “She took part, clandestinely, in international meetings in Timor, Indonesia itself and in Rome. It has stepped up support for some young politicians,” it said. The committee also described her work after the country's independence, in which she "deepened her apostolic actions and experiences and strengthened her international missionary contacts, becoming a moral reference for his country, before the whole world." Between April and June 2006, her Balide Canossian Convent helped internally displaced people fleeing clashes between soldiers, police and armed gangs. Sometimes she mediated between the gangs. Sister Marcal told UCA News that the award gave her the strength to continue serving “our brothers and sisters who are helpless and who desperately need our helping hand in many ways” and that the award is dedicated to the people she serves. She said, in the current context of Timor-Leste, the Church needs to continue to "help and raise the voices of those who are not heard in society, especially among the elite and fight so that the ordinary people should not be treated as mere tools in politics." The former provincial superior of the Canossian Sisters is currently the director of the Department of Catholic Families of Dili archdiocese and deputy chair of the Inter Religious Tourism Association of Timor-Leste. Marcal, who was born in 1958, studied spiritual theology at the Pontifical Gregorian University in Rome. She currently teaches at the Catholic University of Timor-Leste and is a board member of the state-run National University of Timor-Leste, as a representative of the religious community. On Aug. 9, she held a private meeting with President Jose Ramos-Horta, where she asked the president to pay serious attention to social issues, such as poverty and unemployment. She often speaks at various forums, especially on the issue of fighting violence against women and children. According to a 2019 report by Save the Children, ChildFund, World Vision and Plan International, around 87 percent, or more than 612,000 children, in the country experience physical or emotional violence at home. Hirondina Goncalves, a student at the National University of Timor-Leste who frequently participates in forums attended by Sister Marcal, said she saw the nun's struggle "as an inspiring example for herself as a woman." "From what she showed as her struggle for the nation, as well as her dedication, I think she gave us an example of what we should do as a young nation. Therefore, I think that the award she received only crowns what she has done and is doing," she said.