Timor-Leste will hold a second general election in nine months after its president dissolved parliament amid allegations of an unconstitutional political fix by the minority Fretilin government.

There are also security fears as tensions between rival political groups have grown in the past six months as Prime Minister Mari Alkatiri's government has failed to garner enough votes to pass any legislation.

This in turn has triggered warnings of an economic downturn.

"I am convinced that the people must be called to vote once again in order to help overcome the challenges that lie before our young democracy," said President Francisco Guterres, popularly known as Lu Olo.

He called on the entire electorate to vote in fresh parliamentary elections, adding "let's all, vote for the reinforcement of democracy, for the rule of law.

"The people did not give an absolute majority [in the last election] to any of the parties, in a message that we can understand as an invitation to party leaders … to commit themselves to deepening democracy, to agree on political proposals and to better serve the interest of the people."

No date has yet been set for the poll, and while the constitution calls for it to be held in 60 days, Asia's most Catholic country may delay the vote until after the 40 day Lent and Easter observances.

It is the second time Alkatiri has failed to finish a full parliamentary term after being forced from office during a 2006 political crisis, four years after being elected.

Observers in the capital Dili said Fretilin Party leaders were already celebrating what they see as a victory, having seen off a potential dismissal by way of a parliamentary no confidence vote by delaying any sitting of the legislature since December.

This has led to claims by critics of Fretilin, which controls the top three political posts in the country of constitutional breaches and a political stitch up. 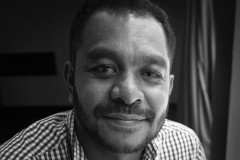 The president was elected separately in a March 2017 poll and he appointed Fretilin MP, Aniceto Guterres, as the parliament president (or speaker).

"This 'victory' for Fretilin has come at considerable cost for Timor-Leste's fragile democratic process and has undermined the ability of its parliament to function as a transparent and proper forum for political debate," Australian Catholic University senior law lecturer Martin Hardie told ucanews.com.

"Many believe that the stubbornness of both Alkatiri and his fellow Fretilin member President Lu Olo were at the center of bringing the country to violence during its 2006 crisis that saw Alkatiri forced to step aside. They appear willing to do anything to remain in power but it appears in the end their maneuvering will backfire."

Opposition leader Xanana Gusmao has been absent from the country while the crisis has unfolded, instead focusing on re-negotiating the nation's maritime boundaries with Australia after winning a challenge in the UN Permanent Court of Arbitration against its giant neighbor in 2017.

A new deal is due by March 2018 but will likely need to wait until after the poll to be ratified.

Camilo Ximenes, political analyst from the National University of Timor Leste, said President Guterres had taken a bold decision to resolve the political stalemate between Alkatiri's government and parliament.

"The president has made the right decision, to hand it back to the people to decide through an early election," Ximenes told ucanews.com on Jan.26.

He said that although there are challenges about funding for fresh elections, as well as security for the electoral process, "I think this is something that society has waited for."

"I look forward to Fretilin, its coalition partner the Democratic Party, opposition groups in parliament, the military, and the police working together to ensure security," he said.

"Political party elites must not only talk to but also socialize with their constituents in districts," he added.

Father Martinho Gusmao, a philosophy professor at Sts Peter and Paul Seminary in Dili, and a critic of the decision for new polls said that it must have been difficult for President Guterres to go for an early election.

"We just hope and pray that there will be no political crisis," Father Martinho said.

Manuel Tilman, a lawyer who helped draft the Timor–Leste Constitution, said on Jan.25 that he expected fresh elections to be held sometime in May, and that no party would emerge as an absolute winner.

"The impact is on small parties. Parties that are now sitting in parliament will lose votes,"Tilman said in a televised interview.

Hardie also warned of the economic consequences of the decision, as no fresh budget will now be voted on until mid year, adding that foreign businesses are already worried about their investments.

"Some I have already spoken to fear a flight of capital. The people of Timor-Leste, who now face a further four or five months before any major capital works can be funded are the biggest losers here, as the caretaker government will seek to play with its budget and use it for political ends in the coming months."