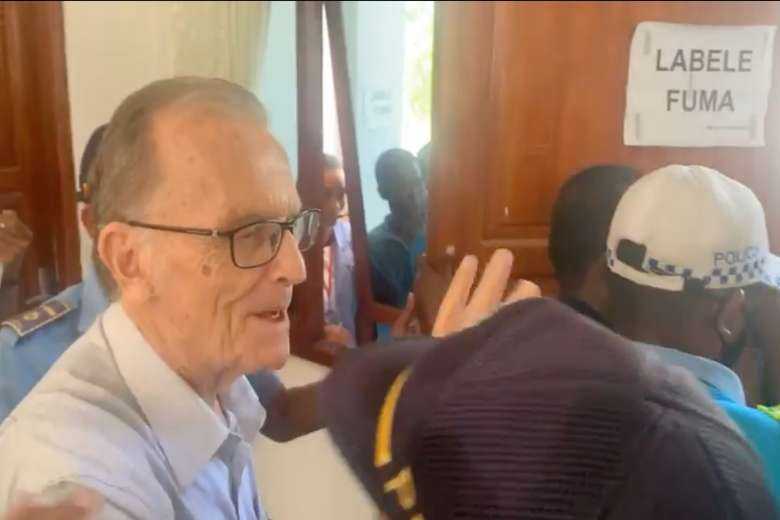 A court in Timor-Leste has sentenced a defrocked American priest to 12 years in prison for sexually abusing young orphaned and underprivileged girls in his care.

Richard Daschbach, 84, was found guilty by Oecusse District Court after becoming the first cleric in the Catholic-majority country to be prosecuted for child sex abuse.

He was convicted of sexually abusing and raping four victims aged under 12 at the Topu Honis orphanage he managed. As well as the prison sentence, Daschbach was also ordered to pay each victim US$4,000 in compensation.

Legal advocacy group Juridico Social Consultoria (JU,S), which represented the victims in the case, expressed disappointment at the 12-year sentence, saying it was "too light" and that they would seek a tougher penalty with a higher court.

“Despite the guilty verdict, which is welcomed, the punishment of 12 years in prison fails to reflect the gravity of his crimes,” it said in a statement.

“Considering the gravity of the crimes, the accused should had been given the maximum sentence as provided in Timor-Leste: 30 years in prison.”

Although we are very happy to see a guilty verdict, 12 years is not nearly enough time to adequately punish him for the horrible crimes he committed against the girls in his care

The sentence "will not remove the suffering and the scars left on the victims,” JU,S added.

“The history written today is a bitter history for the entire nation. Our children were subjected to horrendous crimes for such a long time because we, as a society, were blinded by the belief that a figure as the defendant, in this case, would not commit such crimes against children.”

A source close to the victims said: “Although we are very happy to see a guilty verdict, 12 years is not nearly enough time to adequately punish him for the horrible crimes he committed against the girls in his care. We look forward to an appeal to increase his sentence.”

Given that there are still many other victims not listed in this case, the investigation must continue to reveal the magnitude of the crimes, the source told UCA News.

Daschbach, a former Divine Word priest and self-confessed pedophile, used his influence as the director of the Topu Honis shelter, an orphanage in Kutet, Oecusse, which he founded in 1993, to take advantage of the vulnerabilities of the local community and sexually prey on girls in his care.

The trial started in February when 14 victims were heard, eight of whom were asked to testify in the courtroom without Daschbach's presence.

The trial was marked by threats and online attacks from Daschbach’s supporters against the victims, their families, supporters and prosecutors.

Despite the trial, Daschbach had maintained support from some very prominent figures in Timor-Leste who still remembered the former missionary priest for having played a role in helping the country in its struggle for independence from Indonesia. These figures included former prime minister Xanana Gusmao, who publicly defended Dashbach.

Throughout the proceedings, the local Catholic Church repeatedly called on people to support the legal process

Daschbach’s supporters, who had gathered outside the court for the verdict, sobbed when they heard the sentence and tried to hug the shamed ex-priest as he exited the courtroom.

His lawyer said the ex-priest intended to appeal the sentence.

Throughout the proceedings, the local Catholic Church repeatedly called on people to support the legal process, stressing that Daschbach had confessed to his crimes during church investigations which led to his sacking by the Vatican in November 2018.

In a letter issued in July to priests, deacons, nuns and seminarians, Archbishop Dom Virgilio do Carmo da Silva of Dili said the Vatican's decision to dismiss him "came from a deep and lengthy process."

Daschbach also faces charges in his home country over seven counts of engaging in illicit sexual conduct in a foreign place, according to the US Department of Justice.

He is also wanted for three counts of wire fraud linked to one of his California-based donors, which accused him in a court case of violating an agreement to protect those under his care.