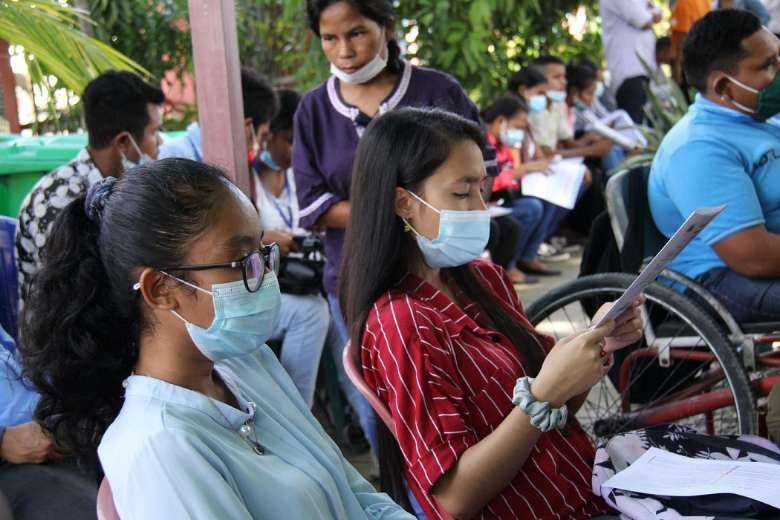 Amid the increase in the number of Covid-19 cases in Timor-Leste, the Catholic Church is boosting efforts to support the government. (Photo courtesy of UNICEF)

The Catholic Church in Timor-Leste says it is boosting efforts to help contain a recent spike in Covid-19 cases that has forced the government to implement lockdowns in three municipalities.

The tiny Catholic-majority country has recorded 229 infections, some 95 of which are active cases, in five municipalities since March 7.

In response, the government has imposed lockdowns in the municipalities of Dili, Baucau and Viqueque.

“We are also taking advantage of online catechesis programs during Lent to conduct an awareness campaign on how to avoid catching or spreading the virus,” he told UCA News.

Many people still do not take the virus seriously, mainly because no one in the country has died from it yet, he said.

Father Salshina said they are also providing counseling to patients being treated in hospitals or quarantining at home.

“They have the phone numbers of priests and nuns for this purpose. They can contact us at any time,” he said.

Along with the Church’s social arm Caritas, they are also looking to provide logistical assistance to vulnerable people as happened last year when the first Covid-19 cases were detected in the country.

According to Rui Maria de Araujo, a former premier and now a coordinator of anti-Covid-19 efforts, there is not much respect for social distancing rules in capital Dili.

He was speaking at a March 18 press conference to announce 13 new cases and highlight potential problems in containing the virus,

Prime Minister Taur Matan Ruak said in a statement that the government was preparing a socioeconomic response to help the affected population, especially those who have lost jobs.

The government, he said, “will also finalize support for university students separated from their families and for frontline personnel who fight against this disease on a daily basis.”

He also said the government was looking to speed up vaccination efforts.

A first batch of the AstraZeneca vaccine is expected to arrive in early April for 33,000 people, with a second and larger shipment due in May.