The women arrived in the tiny country of El Salvador on the brink of war, each with a different experience formed in Catholic circles in various parts of the US: Queens and Brooklyn in New York, Connecticut and Ohio.

The Ursuline and the Maryknoll women religious came largely from working-class families and the lay missionary from the wealthy community of Westport in Connecticut.

Though they only interacted with one another for a few short months, the single faith that united them led them to feed, clothe and provide refuge for hundreds battered not just by war but also hunger in El Salvador.

On Dec. 2, Maryknoll Sisters Maura Clarke and Ita Ford, Ursuline Sister Dorothy Kazel and laywoman Jean Donovan will be remembered worldwide on the 40th anniversary of what many increasingly consider their martyrdom.

Their spiritual calling led them on that day in 1980 to a shallow grave, to share in the bloody and brutal history of tens of thousands of Salvadoran Catholics in the country who suffered rape, beatings and sometimes were ultimately killed for trying to help those around them.

Their example, based on the teachings of the Gospel, some say, should now lead to a time of reflection and discernment about whether a canonization cause should be opened for them.

"The canonization of these four women is an idea whose time has come," said Carlos X. Colorado, a Salvadoran-born attorney who wrote and curated the prominent "Super Martyrio" blog that followed for years the canonization cause of El Salvador's human rights icon St. Oscar Romero.

"They were killed the same year as St. Romero, in the same country and for the same cause," Colorado said. "If he was a martyr and a saint, it follows that they are, too, unless someone can prove otherwise."

Colorado, who lives in the Los Angeles area, said that over the years, he has developed a personal devotion to the women and, as a law student, he published an article in a law review analyzing the US trial of two Salvadoran generals believed to have played some role in orchestrating what happened to the women.

And though Colorado has ties to El Salvador and the US, the appeal of the sacrifice of the four has sparked worldwide attention that has only increased with the years. 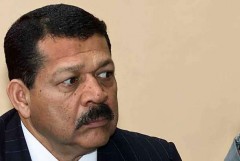 "The thing is that what we've discovered is that the admiration and devotion to these four has not waned 40 years later, and it is as strong or stronger than ever," said Julian Filochowski, chair of the Archbishop Romero Trust in London, named after St. Romero, whose voice and message the women often heard on the radio.

In a Nov. 20 interview with Catholic News Service, Filochowski said this year in particular, even with a pandemic looming in the global landscape, the women's example of living out their faith will be observed on a global stage.

Masses, a musical tribute, and webinars about their lives, from London to Rome, and various cyber events in the US will mark the occasion, which will include a blessing of the tombs of Sisters Ford and Clarke, the only two of the four who are buried in El Salvador.

The blessing will be followed by a national Mass near their burial place in Chalatenango, where the Maryknollers served, and will be celebrated by the country's bishops to close out the jubilee year of Salvadoran martyrs that the country is observing.

"They were a mantle of mercy and compassion," said Bishop Oswaldo Escobar Aguilar, head of the Diocese of Chalatenango. "They were compassionate with the reality that was taking place in El Salvador."

Their example of protecting children, feeding and clothing adults and leading many to shelter, made such an impression on Bishop Eduardo Alas Alfaro, the diocese's first prelate, that he instituted the Day of Martyrs of Chalatenango to be observed on the day of the women's killing, said Bishop Escobar.

Though their actions, for many, are considered heroic, for a time there was the feeling that opening up a canonization cause for the women "was unlikely to be fruitful," said Filochowski.

Catholics who defended the poor in El Salvador often were accused of aligning with left-leaning politics instead of considering that they were following their religious beliefs in defending the life and dignity of the vulnerable.

Bishop Escobar said even St. Romero faced opposition and attacks against his holiness for decades, accusing him of pursuing political motives, instead of following the Gospel, when it came to his defense of the poor. So, everyone else, too, has faced a similar ideological uphill battle.

But Filochowski said that St. Romero's 2018 canonization and two upcoming beatifications in El Salvador may make this a "propitious" moment to ponder sainthood for the U.S. women who were killed for similar reasons.

El Salvador awaits the upcoming beatification of the Salvadoran Jesuit  FatherRutilio Grande and two companions martyred in 1977. Father Grande was a friend of St. Romero's who defended rural populations.

There's also the beatification of Franciscan Father CosmeSpessotto, an Italian missionary, who, like the women, left his native country to work with El Salvador's poor. He, too, spoke against injustices and was assassinated, killed point-blank in 1980, just a few months before the women.

Those like Colorado see many parallels in the way they all lived and died.

"They should be recognized because they are women, and in El Salvador, women were killed for the faith alongside men in barbaric numbers, yet we think of the Latin American martyrology [the list of martyrs] as a male institution. It is not," Colorado said.

Even a symbol of a woman on a cross on a mural depicting the four U.S. women and St. Romero caused controversy, said Melissa Altman, a Maryknoll lay missioner, who helped with the work of art in the Salvadoran city of Zaragoza.

"When you look at history, you look at how many women were persecuted and killed for standing up for their faith," Altman said. "It's good he (the priest) stood his ground. It's a focal point."

A photo of the four U.S. women recently appeared in a flier issued by the Diocese of Chalatenango in conjunction with the country's bishops' conference, announcing the national Mass for martyrs. The women were to one side of the central photo of St. Romero and the image of the priests awaiting beatification on the other side. The poster reads "our martyrs, artisans of peace, justice and truth."

While three of the four were women religious, Donovan, a laywoman who had completed missionary training at a Maryknoll center, also illustrates how laywomen, too, paid with their lives for following the Gospel, Colorado said.

"The presence of lay missionary Jean Donovan in the group is also a reminder that many laypeople -- catechists, delegates of the word, sacristans, volunteers and simple parishioners -- also shed their blood in this great persecution," he added.

Filochowski said the four are "very special witnesses" in a "cloud" of martyrs in the country and they represent the countless and "nameless women martyrs" who gave their lives helping others during the years of the civil conflict.

He said he hoped that the 40 years after their death will mark a "kairos moment," a critical or opportune moment, to examine their "enormous courage and that they made a really genuine option for the poor."