Time for women to break through the Church's stained glass ceiling

A real strategy is needed to define women's role 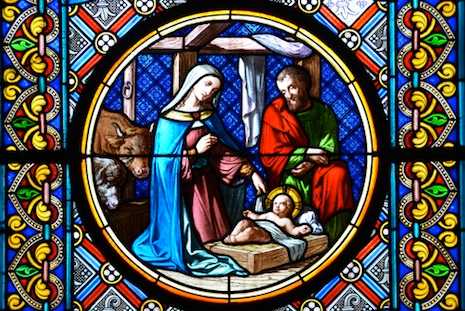 America editor in chief Jesuit Fr. Matt Malone explained that the sentence had been "inadvertently deleted" in a "production error." He immediately issued a statement apologizing for the omission, and the pope's sentence was added to the online version of the story. Malone also said a correction would run in the next print edition of the magazine.

NCR accepts Malone's explanation and believes that the error was simply that, an "oops" moment, a mistake made without any calculated intent.

So, what's all the fuss about? Why is that particular sentence any more significant than the rest of Francis' response to a question about women in the church?

First, as NCR columnist Phyllis Zagano points out, the pope is playing off an Italian expression, non c'è spazio qui, which essentially means "there is no room." He's saying yes, there is room in this church for women. Come, join us.

But what does he mean by that? In July, speaking to reporters on his flight back to Rome from World Youth Day in Brazil, Francis made it clear that the "door is closed" on the question of whether women should be ordained. "The church has spoken, and she said no," he said.

Instead, then and in his more recent interview with the Jesuits, he talked vaguely about the "theology of women" and the necessity of women in the church.

"I think we must go further in making the role and charism of women more explicit," he told the reporters on the plane.

"The challenge today is this: to think about the specific place of women also in those places where the authority of the church is exercised for various areas of the church," he told the Jesuits.

If the door is closed on women's ordination, then what does he have in mind when he speaks of places of authority? Some have mused that he was hinting at appointing women as cardinals -- an idea discussed by New York Cardinal Timothy Dolan last year. Others suggest he may ordain women as deacons -- a possibility that opened up with a change in canon law in 2009 and which Chicago Cardinal Francis George has said is an open question.

Surely, Francis must be talking about something beyond the very important, but also very limited, roles women now play in the church -- that of teacher, caregiver, social worker, music director, secretary, funeral meal planner and church housekeeper.

Full Story: Editorial: It's time for real authority for women in the church