Protesters use grenades, petrol bombs to attack police in row over seized farmers' land near Hanoi 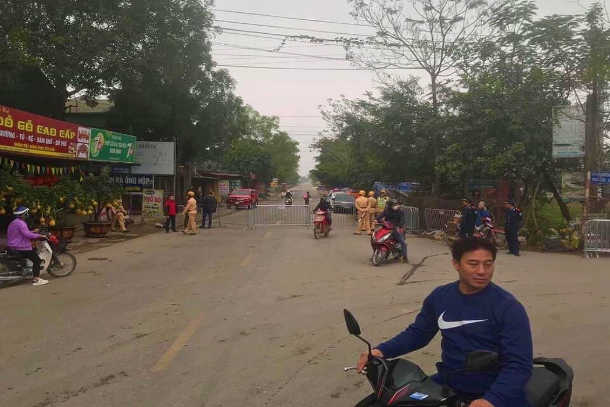 By ucanews reporter from Hanoi

Three policemen and a farmer were killed on Jan. 9 in clash resulting from a longstanding dispute over land earmarked for a military airport near the capital Hanoi, media reports said.

The Public Security Ministry said in a statement that some people with hand-grenades, petrol bombs and knives attacked police at the protest site near the Dong Tam commune.

“As a result, three policemen and a civilian died, and another person was injured,” the statement said, adding that “authorities have launched an investigation … and have arrested the lawbreakers."

Hanoi police said the three policemen were burned to death and that 30 people were arrested.

Witnesses said the violence flared as police were attempting to destroy the house of an elderly farmer called Le Dinh Kinh who had been at the center of the land dispute and arrest his relatives.

Tensions over the Mieu Mon military airport in Dong Tam, 40 kilometers south of Hanoi have dragged on since 2017.

The protesters say 47 hectares of their land that they have worked and paid tax on for years were taken by the government for which they were not properly compensated.

The land was taken for the military-run Viettel Group, Vietnam’s largest mobile phone operator, they said.

In April 2017, police arrested several farmers for allegedly causing “social unrest” during a clash over the land.

The clashes on Jan. 9 were sparked by an attempt to build a fence around the disputed land, the protesters said.

Human rights watch called for a probe into the clash.

"Vietnam's national authorities must launch an impartial and transparent investigation of these events that gets to the bottom of what happened, who is responsible for the violence, and whether police used excessive force," Phil Robertson, the group’s, deputy Asia director said in a statement.

Nearly all complainants said they were not fairly compensated and illegally evicted from their homes and land.