Adjusting the imbalance of sexes is crucial 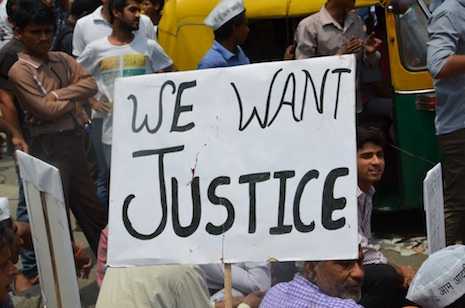 India may portray itself to the world as ‘Incredible India,’ but the world’s largest democracy has struggled to live up to the ‘incredible’ tag devised by the government in 2002 to market the land of the Taj Mahal and the Himalayas.

The recent spate of rape crimes against women, including foreign nationals, has prompted foreign governments to issue travel advisories, warning their citizens against buying the ‘Incredible India’ story – at least not all of it.

Questions have been raised about the safety of foreign nationals, especially women, after an American tourist was gang raped in the hill resort town of Manali in Himachal Pradesh on June 4. The incident is the latest of a series of attacks that have thrown the spotlight on women's safety in India.

The National Crime Records Bureau estimates that more than 24,200 rapes were reported across the country in 2011 – about one every 20 minutes. The figures have rightly caused consternation among women’s rights activists, law enforcement agencies in India and foreign governments.

Following the attack on June 4, the US State Department issued a travel advisory for India. It read: “Women should observe stringent security precautions, including avoiding use of public transport after dark without the company of known and trustworthy companions."

While statistics can sometimes be misconstrued and twisted to suit a cause, the numbers in this case are compelling: 24,200 rape cases in a year warrants attention and points to a larger problem, one of a fraying moral fabric.

While the victim of the June 4 attack lived to tell the tale, many others haven’t been so lucky. Scarlett Keeling, a 15-year-old British national, was found raped and murdered on a beach in Goa, Western India, in February 2008. The case made headlines in India, mainly because crimes against foreigners – and gang rapes in particular – make for sensational headlines.

More recently, in December 2012, a 23-year-old Indian woman was gang raped by six men on a bus in India’s capital New Delhi. The victim succumbed to her injuries days later.

This was the case that thrust the issue under the spotlight like never before. The public took to the streets demanding justice for the victim. It shook the federal government out of its stupor and led to the establishment of several review commissions and task forces to look into what legal changes could be implemented to try to deter such attacks in the future.

But what is it about Indian society that has made the world’s largest democracy such a hotbed for this most despicable of crimes?

India's sex ratio provides one answer to what is a complicated problem. A census conducted in 2011 estimated that there were 940 females per 1,000 males. Extrapolated across India’s massive population of 1.421 billion this means there are roughly 38.4 million more men in the country than there are women. In other words, the number of sexually frustrated men in India is equal to the entire population of Poland, itself the 33rd most populous nation on Earth.

Part of the reason for this warped statistic could be the menace of female infanticide and the stigma still associated with girls in the culturally patriarchal country.

In October 2012, nine rape cases were reported in the state of Haryana in North India alone. The attacks prompted the All India Democratic Women's Association (AIDWA) to peg the blame on the unequal numbers of men and women.

“The sex ratio in Haryana is so dismal that boys are not finding girls for marriage. Such factors create an environment which is unsafe for women," Jagmati Sangwan, vice-president of AIDWA, told news media at the time.

Many in India still believe that a girl is a burden as she isn't a breadwinner and eventually leaves home only to cater to the needs of her in-laws. The dowry is another menace that affects women. The hunt for suitors in some cases begins as a girl reaches puberty. Marriage is then arranged and the pressure builds for her to bear a male child. A girl is frowned upon and at times the young mother is ostracized by her own family for failing to provide a male heir and future breadwinner.

I was once returning home from work at 8 pm when my chatty octogenarian taxi driver began a thought-provoking conversation. He began by asking me why I was returning home so late from work.

Before I could react, he continued: "I have five girls in their 20's but I don't allow them to work. You see, in our community women are forbidden from working. So I struggle to make ends meet,” he said.

I didn’t agree with his views on the issue and told him about my colleague – from the same community as his – who despite being a woman in her late 20's was a very successful journalist who travels across the country whipping up the most commendable investigative stories.

But this instance made me realize that mindset remains the problem. My colleague’s parents provided her with the same opportunities that her two older brothers enjoyed. Her brothers have always supported her independence whole-heartedly.

If parents respect the gift of life, irrespective of gender, we can build safer and more loving communities starting in our very own homes. Family upbringing and societal conditioning all construct men and women into being what they are — men as aggressive and women as submissive.

In the patriarchal society that exists in India, a woman who breaks this mould is seen as a possible target. Often when sexual attacks take place local authorities blame the victim for ‘dressing in a provocative manner’ or for ‘stepping out too late’.

The boom in internet and the mass media could be another reason for the breakdown in moral fabric. In the age of smartphones, palm tops and tablets, the young in particular have the world at their fingertips 24/7. It’s a double-edged sword that prompts a great deal of good, but also evil. Online anonymity, hacking and pornography – much of it free – all contributes to this dark side.

The internet has also led to moral boundaries being given a back seat in favor of television ratings. The idea that perhaps a little extra flesh could help to attract more television viewers has naturally led to women being targeted and stereotyped.

Education and awareness can pay a pivotal role here. Stringent laws too can act as a deterrent. While India may be writing its success story in the fields of economics, IT, sport, telecommunications and space technology, it seems to have fallen short of its promise to provide women – both Indian nationals and foreigners alike – security. This is surely a prerequisite if we are to buy into the 'Incredible India’ tag.

Karen Laurie is a multimedia journalist and a lecturer of social communication in Mumbai.