Exemplary life of Blessed Peter To Rot shows how a happy family can be built by respecting, loving your partner 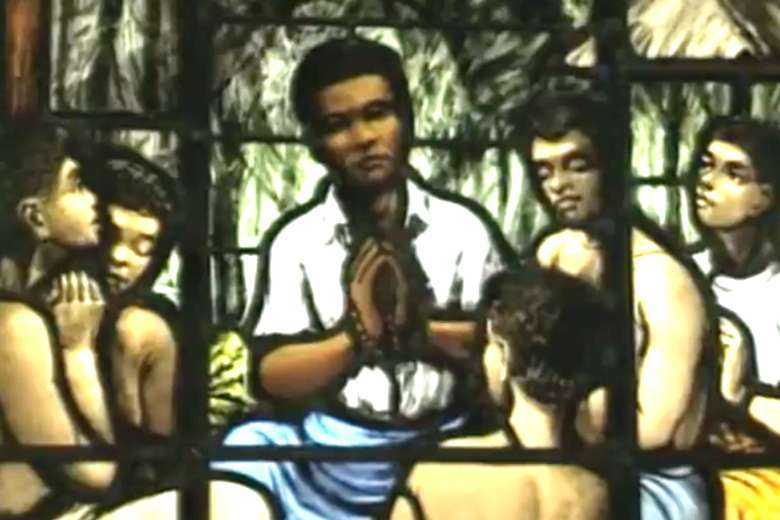 With violence against women prevalent throughout the globe, mostly committed by their partners, a misogynistic society can perhaps turn to the exemplary life of a Melanesian layman, a catechist, who was murdered for defending his Catholic faith and the dignity of women.

Peter To Rot was martyred in July 1945 during the Japanese occupation at the age of 33. He was given a lethal injection while in prison and, because the poison worked slowly, two Japanese soldiers hit him across the back of his head with a wooden beam.

The Catholic Church recognized his martyrdom and declared him Blessed. The beatification ceremony was celebrated on Jan. 17, 1995, in Port Moresby during Pope St. John Paul II's second visit to Papua New Guinea.

He was killed for two reasons.

First, he refused orders to stop church activities together with the Missionaries of the Sacred Heart. Before they were imprisoned or expelled from the territory, the parish priest entrusted the mission under his care. When the Japanese ordered him to stop the activities, he continued teaching catechism, or conducting marriages secretly, sometimes in caves.

Second, he objected to a Japanese attempt to revive polygamy. His objection came from his strong conviction on Catholic marriage and his belief that women are not a man's property.

Fellow villagers, on the other hand, accepted it as something that had been ripped from them. He continued to urge them to stick to Catholic marriage and not listen to the Japanese.

The causes of his martyrdom impressed Pope St John Paul II, who throughout his pontificate also paid significant attention to marriage and family life.

During the beatification ceremony, the pope described Blessed Peter To Rot as a man who had the highest esteem for marriage and, even in the face of great personal danger and opposition, he defended the Church's teaching on the unity of marriage and the need for mutual fidelity.

His opposition to polygamy must have come from his deep respect for his wife Paula and his commitment to his marriage. His refusal to bow to the Japanese contradicted the attitude of local leaders and Japanese soldiers who took women and girls by force as sex slaves.

During the Japanese occupation, at least 200,000 women from numerous Asian countries were taken as comfort women for Japanese soldiers. It remains a contentious issue to this day.

Last year a South Korean court ordered the Japanese government to pay compensation to Korean women turned into sex slaves during the Japanese occupation there.

As Papua New Guineans in particular and the Melanesian Catholic Church, in general, commemorate Peter To Rot's beatification and papal visit on Jan. 17, his act of faith once again is brought to public attention.

His martyrdom can be an inspiration for Christians in many parts of the world where religious persecution continues, particularly on the Asian and African continents.

Over 340 million Christians live in places where they experience high levels of persecution and discrimination, according to Open Doors' World Watchlist List 2021. Four Asian nations — North Korea, Afghanistan, Pakistan, India — are among the top 10 worst countries on the list. His martyrdom may motivate them to be steadfast in the faith.

Blessed To Rot's stellar contribution to humankind is "his ardent defense of Catholic marriage against customary polygamy which shows us how highly To Rot considered the dignity of women," wrote Father Thomas Ravaioli in Church Live, a Catholic family magazine.

The Blessed's different view on women, as people who are created in God's image, is an oasis in a world where millions of women and girls are treated as second class or as sexual commodities.

According to the World Health Organization, 30 percent, of women globally are subjected to physical and/or sexual violence in their lifetime. Consequently, children who grow up in families where there is violence may suffer a range of behavioral and emotional problems that can lead to them perpetrating violence later in life.

Nobody wants the world to evolve this way.

The Catholic Church under Pope Benedict XVI highly regarded To Rot's exemplary actions and encouraged Catholic couples to follow his example in the way they treat their partners and build a family life.

Acknowledging the contribution of the Melanesian Church through Blessed Peter To Rot, Benedict sent Hong Kong Cardinal Joseph Zen to represent the Vatican at the celebration to mark the Blessed's centennial birth anniversary in 2012.

His defense of the dignity of women, respecting the sanctity of marriage and family life are important values today amid the backdrop of a throwaway culture where human beings are also treated as waste.

Pope Francis often reminds Catholics about an increasingly consumerist society that not only discards things but also people such as the elderly and poor.

In his 2016 apostolic exhortation on family and family life, Amoris Laticia (The Joy of Love) Pope Francis emphasizes the essentials for building a strong family — tenderness, commitment, self-giving, patience, crisis management and holiness.

Besides providing practical advice, it also decries the disposable culture that has infiltrated family life, where one exploits or dumps the other.

Blessed Peter To Rot set an example in building a solid family by treating his wife Paula with respect and raising his children by following the example of the Nazareth family — Jesus, Mary, and Joseph.

If Joseph had not respected Mary, rejected her and the child in her womb, the story of Christianity would be completely different. If society doesn't respect women, it will never be a good place to live in.