The 'tough guy' option: electing a pope who will act as a sheriff 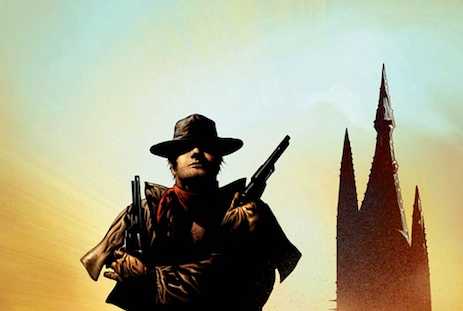 Amid all of the prognosticating about who the cardinals could choose as the next pope in the conclave that starts here on Tuesday (March 12), one reliable thread has emerged: the desire to elect a pontiff who can be a pastor to the world as well as a taskmaster to the Roman Curia.

Finding such a combination in a single man, of course, may prove difficult if not impossible, which adds to the almost unprecedented level of uncertainty surrounding this papal election.

So if anything is possible, some say it might be better to reverse the prevailing wisdom — look for a pope who will talk tough to Catholics (and the world) while shepherding the Curia with a firm hand in order to better police the wayward.

The prospect might appall progressives and others who were happy to see the end of Pope Benedict XVI’s papacy, but it has enough appeal to conservatives that they are trying to make the case.

One reason for their sense of urgency is that Cardinal Joseph Ratzinger turned out to be more of a papal pussycat as Benedict XVI than the watchdog of orthodoxy that he had been for decades while serving under John Paul II.

Is now the time for a pope who could be more of a Ratzinger than a Benedict?

“Actually, I’d be glad if the next pope were nice, with a winning smile and a friendly manner,” Russell Shaw, a veteran church observer and former spokesman for the U.S. Conference of Catholic Bishops, wrote in Our Sunday Visitor. “But vastly more important than being nice is that he be a tough-minded realist, with a backbone of steel. That’s what the Church needs now.”

George Weigel, a conservative American commentator and papal biographer with close ties to the Vatican, was on much the same page in a weekend column in The Wall Street Journal in which he called for the next pope to be a “culture warrior” who would “call the West out of the sandbox of self-absorption and into a nobler vision of human possibility.”

So who could fit that bill?

‘A holy man who will prayerfully clean house’

For one, Cardinal Raymond Burke, the former archbishop of St. Louis and now the head of the Vatican court system. Burke, 64, would cheer many conservatives; with his track record as someone who lays down the law and sticks to it, you can see why.

Some have even convinced themselves that Burke has a shot — like blogger Taylor Marshall, who wrote a post confidently titled “10 Reasons Cardinal Burke Will Be the Next Pope.”

Marshall says the huge challenges facing the church — from militant Islam to the the rising tide of secularism, not to mention the scandals and crises inside Catholicism and the instability introduced by Benedict’s stunning resignation — all argue for a hard-liner:

“The Cardinals will rally to a holy man who will prayerfully clean house and face down the evils, scandals, and rumors,” Marshall writes. “There is only one cardinal who has vocalized a plan of attack for the political, liturgical, and canonical problems in the Church: his name is Raymond Cardinal Burke.”

If Burke has too much baggage — he is still an American, after all — there are other options for those looking for a “Dirty Harry” pope.

Cardinal Malcolm Ranjith of Sri Lanka, for example. At 65, Ranjith is also in the right age bracket (not too old, not too young) and his home base in Asia would satisfy demands that the cardinals look beyond Europe to choose a pope from the Global South, where the church is booming.

But Ranjith worked for many years in the Roman Curia and developed a reputation as a conservative and a genuine restorationist when it comes to the old Latin Mass, which is the defining issue for many on the church’s right flank.

In fact, just four months after being appointed archbishop of Colombo, in 2009, he issued rules requiring that Communion be received old-school style, on the tongue and in a kneeling position, and he forbid lay people from preaching.

“Despite those drawbacks, Ranjith may still be the most plausible Asian candidate to pass muster among the 115 cardinals who will cast ballots in this election,” wrote John Allen, ace Vaticanista with the National Catholic Reporter.

Or there’s a candidate who is actually called the “little Ratzinger” — Spanish Cardinal Antonio Canizares Llovera, 67, who has been the Vatican’s top liturgy official since 2008, and was for years before that the archbishop of Toledo and primate of Spain.

Llovera got his diminutive nickname for a doctrinal toughness that resembled Ratzinger’s, and is called “little” only because of his physical stature rather than a diminished enthusiasm for enforcing doctrinal and liturgical orthodoxy.

Are any of these realistic possibilities?

One factor the hard-liners have in common — and which also weighs heavily against them all — is that they are currently working in, or are closely associated with, the very Curia that the cardinals want reformed.

That makes them serious long shots, at best. But so is everyone else, at this point.

Original story: The ‘tough guy’ option: Picking a pope to serve as sheriff