The telling silence about an abducted Lao activist 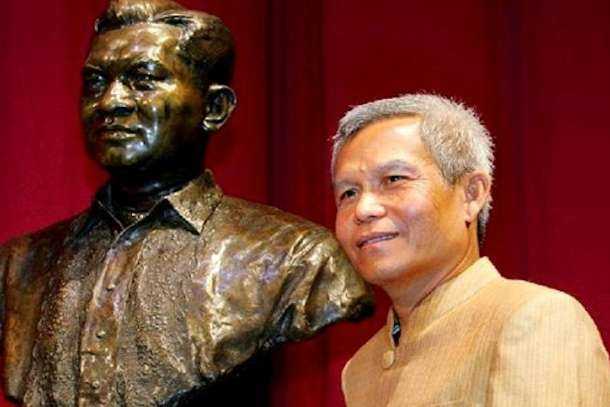 Sombath Somphone was abducted on a busy street in Vientiane in 2012.

Sombath Somphone, a well-known Lao community development activist, was driving his vehicle when he was stopped by police at a checkpoint on the outskirts of Vientiane, the capital of Laos.

He was forced into a pickup truck and driven away, according to CCTV footage taken at the site. The incident happened nearly eight years ago, on Dec. 15 in 2012, and Sombath has not been seen since.

You don’t need to have the deductive skills of Sherlock Holmes to discern what happened to the prominent social worker and who made him disappear.

Before his abduction Sombath, who was 60 at the time, had been speaking out against dodgy land deals negotiated by the Lao government that led to the dispossession of thousands of villagers in rural areas, leaving them homeless with little compensation.

It’s fair to assume that the communist regime in Laos simply made Sombath disappear to silence him for good while also sending a warning to other outspoken locals that the same fate could befall them too if they continued complaining.

“We can see clearly that the Lao government has never been interested in disappeared persons or their families. For example, they have never reported progress on the case of Sombath Somphone,” Phil Robertson, deputy director of Human Rights Watch’s Asia Division, recently observed.

We should hardly be surprised that the communist regime in Laos, which brooks no criticism from its citizens over its routinely questionable policies, has shown little interest in the prominent activist’s disappearance and has made no progress in investigating it. They have plenty to hide.

“Lao authorities have repeatedly claimed they have been investigating Sombath’s enforced disappearance but have failed to disclose any new findings to the public since June 8, 2013,” explains the International Commission of Jurists, a leading rights organization.

Sombath was widely known internationally and called “one of the most respected and influential voices for sustainable people-centered and just economic and social development in Laos” by the Asia Europe People’s Forum, a network of civil society organizations from across Asia and Europe.

So his blatant abduction (and likely subsequent murder) has especially been shocking. Yet he isn’t the only outspoken Lao citizen who has disappeared under highly suspicious circumstances.

In August last year, Od Sayavong, a Lao rights activist living in Bangkok, Thailand, was abducted and has not been seen since. He is presumed dead. Several other critics of the country’s communist government, which has ruled Laos with an iron fist since 1975, have likewise disappeared without a trace in recent years.

To add insult to injury and injustice, the relatives of the missing have been left in emotional limbo  not knowing whether their loved ones are alive or what has happened to them.

“After seven years, there has been no progress in the investigation of Sombath. Absolutely nothing,” Ng Shui Meng, the missing social worker’s wife who is a Singaporean, told reporters at a press conference in Bangkok last December on the seventh anniversary of her husband’s abduction.

“The Lao authorities have not provided any help and any information,” she explained. “The last time I met with them was on November 21, 2017. They met with me at that time because the Singaporean embassy pressured them to meet with me. They just told me that they don’t know, they don’t see, they’re still investigating.”

But they are not investigating at all, Ng Shui Meng stressed. “Laos is not a big country; Vientiane is not a big city. If they wanted to, they [could check] CCTV footage and other evidence,” she said.

“They have been successful in finding many things if they are willing to. They are very good in security. They have many spies in every village. They have a very good monitoring system. So why would they not be able to search for Sombath? They can even search for a cow if it’s missing.”

Sadly, we know the answers to those questions. The government of Laos, an impoverished nation where most citizens have few real rights, won’t investigate the disappearance of Sombath and other missing activists because doing so would mean investigating itself.

It is up to conscientious people abroad who believe in human rights to hold the feet of the Lao government to the fire by demanding that it account for the fate of Sombath and other disappeared Laotians.