Journalists maintain social distancing at a demonstration in Islamabad on May 3 to mark World Press Freedom Day during a government-imposed nationwide lockdown as a preventive measure against the coronavirus. (Photo: AFP)

Share this article :
Media organizations are calling on the government of Pakistan's Sindh province to put in place stronger measures to protect journalists following the murders of two reporters. The outcry followed the murder of Sindhi-language journalist Zulfiqar Mandrani, who was shot on May 26 in Jacobabad district of the southern province. He had two bullets in his head and torture marks across his back. In February, Aziz Memon was found dead in an irrigation canal in District Naushahro Feroz with a microphone cable wrapped around his neck. Both journalists worked for Kawish News Network, the biggest Sindhi-language media group. Police have arrested two tribesmen in connection with the murder of Mandrani. Both confessed to killing him in an honor case. Honor killing, also known as karo kari, is the intentional murder of a family member for bringing shame to the family by having an illicit affair or refusing an arranged marriage.   Both the victim's family and the local journalist community have rejected honor killing as the motive for the murder. They claim Mandrani had received threats for reporting on the local drugs business.
Related News 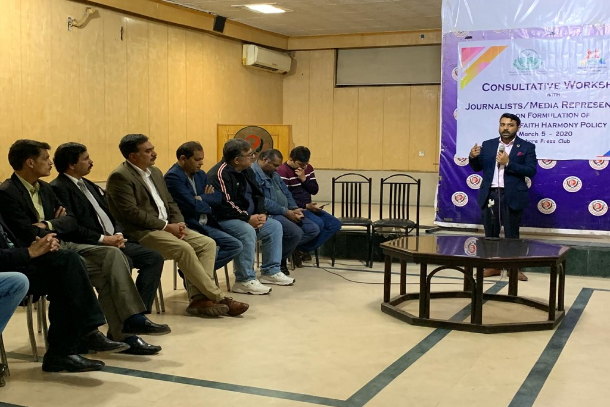 Pakistan under fire for arresting editor “Some people called him to come to a designated place to share news and as he reached there he was fired at,” said Raheem Bux, the victim’s father who named a police officer among others in a first information report. Reporters Without Borders called on authorities to send a special independent team to investigate the case because there is every reason to doubt police claims that it was an honor killing. “The perpetrators of a murder in Pakistan can escape criminal justice if they can pass it off as an honor killing because a panchayat, a sort of village council of elders, may then try the case and the perpetrators can get off scot-free if they obtain the family’s forgiveness — by paying financial compensation, if necessary,” the group stated. According to Freedom Network’s Annual Press Freedom Report 2020, at least 91 cases, including seven murders of journalists and a blogger, were documented in Pakistan between May 2019 and April 2020. The report, titled “Murders, Harassment and Assault: The Tough Wages of Journalism in Pakistan,” noted other violations included abductions, arrests, detentions, physical assaults, threats, censorship and legal cases registered against journalists. The study named Islamabad as the riskiest and most dangerous place to practice journalism, with 34 percent of the violations recorded in the federal capital. Sindh was the second worst with 27 percent of the violations. In 42 percent of these cases, the victims or their families suspected the involvement of the “state and its functionaries in the attacks on them compared to other influential threat actors such as political parties, religious groups or criminal gangs and unidentified threat sources.”    Earlier this month, police in Sweden found the body of a Pakistani journalist, two months after he went missing. Sajid Hussain, the chief editor of the online Balochistan Times, fled Pakistan in 2012 after getting death threats and was granted political asylum in Sweden. The outcry Speakers at a recent virtual conference titled "Prevent genocide in Balochistan and end eliminations with impunity" accused Pakistan's army of being responsible for the enforced disappearances, torture and killing of intellectuals, students and political activists in insurgency-stricken Balochistan province. “We are shocked at the murder of a second journalist in Sindh province this year and demand Sindh Chief Minister Murad Ali Shah take up the fight against impunity for crimes against journalists and media as decisively as he is fighting Covid-19,” Islamabad-based media watchdog and press freedom defender Freedom Network said in its Press Freedom Alert issued on May 28. “As the Sindh government is pursuing the murder case of Aziz Memon, we hope the late Zulfiqar Mandrani’s murderers will be brought to justice at the earliest,” it said. According to the Human Rights Commission of Pakistan (HRCP), freedom of expression continued to be the most challenged fundamental right in the country last year. “Pakistan’s media houses laid off nearly 2,000 journalist and non-journalist staff from May 2018 to April 2019,” stated HRCP’s annual report. “The media was plagued with financial hardships, resulting from the blocking of government advertisements and withholding of previous dues, which led to salaries being delayed, cuts in allowances and large-scale layoffs in electronic channels.” Media reports say four journalists have died of the novel coronavirus, taking the total death toll to 1,260 with 61,227 confirmed cases in the country. Church reaction The Catholic Church joined media groups in condemning the killing of journalists. Bishop Samson Shukardin of Hyderabad urged the Sindh government and police to take notice of the latest murder and ensure foolproof security to media people. “The big number of reported deaths of journos poses a big question mark on press freedom. Drug peddlers have a nexus with powerful people and it’s a successful business in the region,” the bishop told UCA News. Father Morris Jalal, founder and executive director of Lahore-based Catholic TV, said the present government of Prime Minister Imran Khan is not media-friendly. “The premier used to be the media's darling and a media campaign aided his party in reaching the political capital. He seems dissatisfied both with his own team and coverage of his performance. Khan himself confessed that he doesn’t watch evening talk shows on TV,” said Father Jalal. “Perhaps avoidance of yellow journalism and sensationalism can improve the situation. Good news should also be published alongside critical pieces. Media workers are also playing a leading role in the fight against the outbreak. They are vulnerable to both the criminals and the coronavirus.”