Colorism remains rife in Asia, where the skin-lightening industry is worth billions of dollars Share this article :
There were muted cheers among feminists and women’s rights campaigners in South Asia at the news at the end of June that the Indian arm of global consumer goods giant Unilever would rebrand its popular skin-whitening cream for females, Fair & Lovely, to Glow & Lovely. It also announced dropping the words “fair, light and white” from its line of beauty products. Other global conglomerates like L’Oreal made similar announcements to drop words like “fairness” and “whitening” from its products, while Johnson & Johnson said it might step away from the beauty products business. For decades, these companies have made millions from skin-lightening products and have been accused of promoting colorism or light-skin supremacy in their prime markets in Asia, Africa and the West. There was little objection because whitening is big business. The global skin-lightening industry made over US$8.3 billion in 2017 and is expected to peak at $31.2 billion by 2024, according to Global Industry Analysts, a market intelligence firm. Since its inception in 1971, Fair & Lovely became Unilever’s most iconic beauty product found in markets and supermarkets of Asia, Africa and the West, selling to some 300 million teenagers and women annually. This is despite the fact the product has faced extensive criticism for promoting colorism and making darker-skinned girls feel insecure and worthless. It has been quite evident as the brand has always used lighter-skinned actresses and models from countries like India, Bangladesh and elsewhere to advertise the cream and promote the unethical and unfair idea that light skin means a good marriage and a good job.  And now, following the Black Lives Matter movement that has targeted crippling racism in the US, companies could no longer swallow the mounting pressure to give up on a pervasive idea that lighter skin is beautiful. But companies like Unilever dismissed any linkage to the movement and claimed the move is “purely coincidental.”
Related News Would people love me more if I had lighter skin? 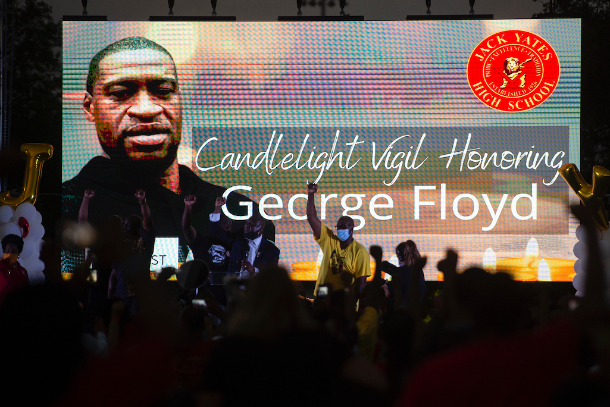 The move is not convincing, though. The company’s action might be just a surface shift that does not mean “inclusivity” in its business policy as it will continue to sell the same products under different names and run business as usual. The question is how such unfair beauty products were accepted by people in Asian societies while the companies thrived for years. It is because of a deep-rooted obsession with lighter skin in Asia, Africa and other parts of the world. A World Health Organization study found that about 40 percent of women polled in Asian countries including China, Malaysia, Thailand and South Korea used fairness creams. In 2016, a company in Thailand advertised skin-whitening tablets with the slogan “White makes you win,” connecting light skin to success in life. Colorism prevails in multi-ethnic countries like India and Pakistan, and a largely mono-ethnic state like Bangladesh, and it is no less harmful than racism. Be it in a traditional arranged marriage or choosing a life partner through matrimonial websites, dark-skinned girls are least preferred by suitors. A good nature, academic excellence, good career and expertise in culinary arts take a back seat while the complexion of the girl is the first priority. In the entertainment industry, a dark girl will always struggle to gain a strong footing. There are numerous incidents of suicides from depression associated with the unfair treatment of dark-skinned girls.  Everywhere, from home to streets and workplaces, fair-skinned women receive preferential treatment over dark-skinned women despite similar having similar or even fewer qualifications. The message is clear: if you are dark, you are undesirable. This is exactly the idea Fair & Lovely exploited to make money for so many years. Analysts believe the centuries-old obsession with light skin dates back to the influx of Aryan people in the Indian subcontinent from central Asia around 1,500 BC when the majority of people in India belonged to the Dravidian race who were mostly dark and black-skinned. Aryans considered themselves superior to Dravidians and introduced color-based supremacy as they had strong facial features and lighter skin. This so-called beauty standard was emboldened in the modern-era thanks to two centuries of white-supremacist British imperial rule. For a long time, the British rulers considered Indians as “dark-skinned dirty people” who rely on “snake charming and rope dancing.” The Aryan and British eras are long gone, but colorism still prevails on the subcontinent. That is why millions of tubes of skin-whitening products continue to be sold and the multi-million-dollar industry of beauty salons and skincare clinics continue to thrive. Many in Asian societies also believe that skin color represents social class. For example, dark-skinned people are classified in the lower rung as they are associated with working-class people of the fields and the mines, which means poverty. On the other hand, light-skinned people are considered to be the upper class and have a standard life. All it means is that fair is good and dark is bad. Colorism is a cause of class division and discrimination. Families and societies in South Asia have a strong influence on how we look at people and evaluate them. The color obsession is so strongly ingrained in the social and public psyche that it is an uphill task to make people defy this light-skinned ideal standard of beauty and goodness. Social institutes like schools, religious authorities and civil society groups have failed to tackle such prejudiced cultural norms. Instead of blaming a man for seeking a light-skinned wife, we should point the finger at the system that taught him “fair is good.” On the contrary, we should not mock a rural girl buying whitening cream to look fair as she is just a victim of the system and knows nothing about color politics. The murder of George Floyd by a white US policeman is just a reminder that the world is still plagued by discriminatory and demeaning practices like racism and colorism. White supremacy in the West is just the flipside of colorism in Asian countries. Changing the names of skin-whitening creams will make no sense if we don’t change our hearts and stop judging and demeaning people because of their color and class. Rock Ronald Rozario is the bureau chief of UCA News in Dhaka, Bangladesh. The views expressed in this article are those of the author and do not necessarily reflect the official editorial position of UCA News.