From the National Catholic Register, March 28 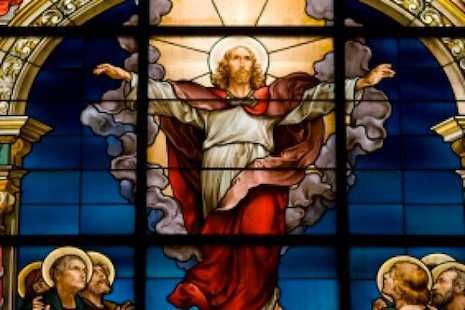 Final preparations are being made for Pope Francis’ first Easter, beginning with the traditional chrism Mass on Holy Thursday, followed by a break with custom when the Holy Father celebrates the Mass of the Lord’s Supper in a juvenile detention center in Rome.

The Holy Father will celebrate the chrism Mass in St. Peter’s Basilica at 9:30 local time on Holy Thursday morning. As usual at the Mass, which manifests the unity of the priests with their bishop, the Holy Father will bless three oils (holy chrism, catechumens and the infirm) to be used in the administration of the sacraments throughout the diocese for the year, and he is expected to give a homily.

Then, at 5:30pm, the Easter Triduum will begin. The Pope will celebrate the Mass of the Lord’s Supper at the Casal del Marmo Penitential Institute for Minors, about six miles north of the Vatican.

Usually, the Mass is held in the Basilica of St. John Lateran, but Francis has yet to formally take possession of the “Mother of all churches” — a ceremony that is scheduled for the evening of April 7, Divine Mercy Sunday.

Pope Francis will celebrate the Mass in the chapel of the juvenile detention institute, and he has made it his “express desire” that it be “very simple.” Pope Benedict XVI also celebrated Mass there in 2007. The Vatican says that around 10 girls and 40 boys will take part in the Mass, saying the readings or reading the Prayers of the Faithful.

But, perhaps most poignantly, the Holy Father will recall Jesus’ example of love and service by washing the feet of 12 detainees who will be chosen from different nationalities and religious confessions. According to the institute’s chaplain, only eight of the prisoners are Italian: six boys and two girls, while the others are all foreigners; and most of them are Muslim.

“Many of them don’t even know who the Pope is,” said Father Gaetano Greco, chaplain of the facility. “For this reason, [it] was far from easy to explain to them the importance of the Pope’s visit.”

Traditionally, priests have washed the feet of sub-deacons, clergy or laymen, as the ceremony is a memorial of Christ offering an example of service to his apostles.

The Code of Canon Law states that only men (viri selecti) can have their feet washed, so the Pope’s decision to perform the ceremony with young prisoners, none of whom are yet men and only a few are Catholic, has caused some controversy.

But the Vatican has pointed out that when he was archbishop of Buenos Aires Cardinal Bergoglio used to celebrate the Mass in a prison or hospital or hospice for the poor and marginalized, and he washed the feet of 12 people who were residing in these institutions. “With this celebration at Casal del Marmo, Pope Francis will continue his custom, which is characterized by its humble context,” the Vatican said.

The Vatican is also playing down the suggestion that the Pope chose to visit the prison because he had not yet taken possession of the Lateran basilica.

“Even if he were washing the feet in the Lateran [basilica], I don’t think he’d be choosing 12 priests; he’d be choosing 12 sick people or 12 homeless people to have their feet washed,” said a Vatican spokesman. “This is a convenient way of doing it, but I don’t know to what degree not taking possession of St. John Lateran has to do with this. He could have done it in St. Peter’s Basilica.”

Concelebrating the Mass will be Cardinal Agostino Vallini, vicar general of the Diocese of Rome, and Father Greco. The Vatican says the Pope will meet all the prisoners, who will give him a wooden crucifix and kneeler that they made themselves in the prison workshop. The Pope will bring Easter eggs and colomba — the traditional Italian Easter cake in the shape of a dove — for the detainees and staff.

Given the intimate nature of the pastoral visit, the Vatican has said media is restricted, and there will be no live coverage.

On Good Friday, the Pope will lead the celebration of the Lord’s Passion in the Vatican Basilica at 5pm, followed by the Via Crucis at the Colosseum, beginning at 9:15pm. This year, Benedict XVI decided the meditations on the 14 traditional Stations of the Cross would be prepared by two Lebanese youth under the direction of Cardinal Béchara Boutros Raï, patriarch of the Maronite Catholic Church. Alongside them are illustrations by a 19th-century Palestinian Franciscan artist.

Pope Francis will then celebrate his first Easter vigil in St. Peter’s Basilica, beginning at 8:30pm.

On Easter Sunday, the Holy Father will celebrate Mass at 10:15am, before delivering his traditional  blessing urbi et orbi (to the city of Rome and to the world) at noon.

It’s not clear yet whether the Pope will deliver the address from the balcony of St. Peter’s, as he may decide to again break with tradition in order to be more at the same level as the people.

So far, he has differed from past popes by choosing not to wear the usual papal vestments on the night of his election, traveling by bus with other cardinals after the conclave and wearing black instead of the traditional red papal shoes.

On Tuesday, he said he would rather stay in Casa Santa Marta, the Vatican guesthouse, until further notice, rather than move into the Apostolic Palace. The initial plan was for the Pope to stay there only on a temporary basis until the Apostolic Palace renovations were completed.

Each of these moves is consistent with the Holy Father’s life as an archbishop and in line with his personal humility and wish for simplicity, which he sees as a more effective way of evangelization.