Although abortion is illegal in Bangladesh, it has been available in various forms for decades 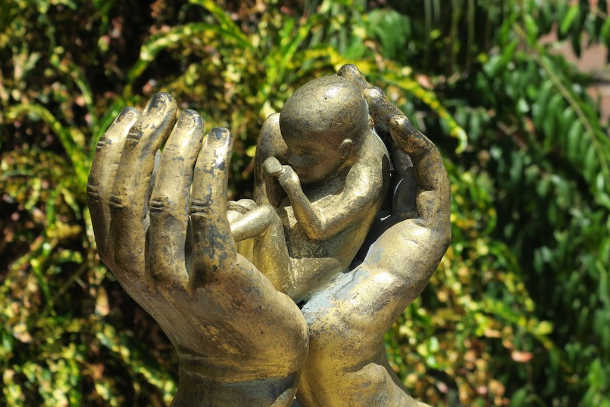 A court ruling in Bangladesh has triggered a fresh debate over abortion in the socially and religiously conservative Muslim-majority South Asian nation.

The High Court bench of judges Tariq-ul-Hakim and S.M. Kuddus Zaman issued a ruling on Aug. 18 asking why abortion-related sections in the Penal Code of 1860 should not be declared illegal as these conflict with fundamental rights guaranteed in Bangladesh’s 1972 constitution.

The court issued the ruling to the secretary of the Ministry of Law, Justice and Parliamentary Affairs and the registrar of the Supreme Court and asked to them respond for further deliberations.

The ruling was in response to a petition filed by Syeda Nasrin, a Supreme Court lawyer, who argued that sections of the British colonial-era Penal Code contradict articles of the constitution.

She alleged that those sections violate constitutional rights to life, body, privacy, liberty and freedom of choice, adding that giving birth to a child and accepting motherhood constitute essential parts of these rights.

“Since abortion is illegal, many pregnant women seek abortion from incompetent doctors and nurses privately. In many cases, such abortions may lead to risks including health complications for women later in life or even death,” Nasrin said.

In Bangladesh, where rape cases are frequent, use of birth control is low and illiteracy is high, it becomes extremely difficult for pregnant rape victims to abort an unwanted fetus and their lives are altered forever, often leading to social stigma, mental trauma and suicides, she noted.

In an article published in The Daily Star, Nasrin wrote that it is unfortunate that abortion is still considered an offense instead of a right under a British-era law while it has been legalized in the UK in 1968.

Bangladesh does not have a separate law on abortion but the Penal Code criminalizes the practice with jail terms of up to 10 years.

‘No to taking away life’

Liberal activists, feminists and fellow lawyers congratulated and supported Nasrin on social media for her pro-abortion move, but many others including Catholic activists are defiant.

The Catholic Church opposes all forms of abortion based on the sacredness of human life. Canon law stipulates automatic excommunication for Catholics if found guilty of abortion.

Rita Roselin Costa, a Catholic mother of three and social worker, does not endorse blanket legalization of abortion and fears such a move would have detrimental effects on society.

“As a Catholic, I cannot support legalization of abortion as I don’t support taking away a life. If abortion is made open and easy for all, it will have serious negative impacts on our society, especially on our young generation, who are more focused on career and less family-minded,” Costa, convener of the women’s desk at the Catholic Bishops’ Conference of Bangladesh, told UCA News.

“Many young couple don’t like or feel comfortable in having children. I fear lifting the ban on abortion would encourage them to quickly abort a fetus soon after pregnancy.”

If abortion is made legal, it may lead to decline in moral and social values, she believes.

“Then all hospitals will start conducting abortions and people would take it as a normal system and won’t consider moral and values aspects anymore. It may also trigger a massive increase in free mixing of boys and girls and they won’t think twice before deciding on an abortion,” she said.

“As our social system is male-dominated and accustomed to boy preference, it will increase the risk of female feticide due to pressure on women from families and in-laws.”

However, from her social activism point of view, Costa believes some provisions can be included in existing laws for special cases such as rape and women facing risks to their lives.

“Maybe it can be allowed in extreme cases, but the decision must be exclusively taken by the woman whether she wants to keep the baby or not,” she said.

Dr. Edward Pallab Rozario, vice-president of the Christian Medical Association of Bangladesh, also opposes any move for legalization of abortion.

“The Church supports the protection of life and never taking away life. Human relationships, human sexuality and families are basic priorities for the Church. The existing law already stipulates that in a case of saving the life of a mother from the risk, she is allowed to take any measure as per medical science. That means the law has a pro-life stance, not anti-life,” Rozario, a Catholic, told UCA News.

He noted that that in the past attempts were made to legalize abortion but the government has maintained the status quo.

“If following the court order a negative decision comes for legalization of abortion, it will have huge impacts nationally and even on the Church, though Christians are a minority. The Church and concerned Christians would maintain the principles of a pro-life stance,” Rozario said.

Although abortion is illegal in Bangladesh, it has been available in various forms for decades.

In Bangladesh’s War of Independence from Pakistan in 1971, tens of thousands of women and girls were raped by Pakistan’s military and their collaborators. Many were left pregnant and faced social stigma and abandonment, sometimes leading to suicide.

In response, the government in 1972 temporarily waived the ban on abortion for wartime rape victims and brought in teams of expert foreign doctors to terminate unwanted pregnancies.

Rozario noted that there are 20 Christian hospitals and 70 community clinics, mostly in rural areas where there is no doctor. These facilities often face pressure to conduct abortions.

“We often find women are influenced by other people to have an abortion, and it is not her choice. Sometimes her husband, boyfriend and family members force her to decide, and factors like poverty and boy preference are responsible,” he said.

“We try our best to convince them from a human perspective and offer them possible support to keep the baby. Often we are able to convince them to reverse the decision, but sometimes they don’t come back to us.”