Are celibate men exempt from the requirement of being virtuous or is proof not needed because it can be presumed? 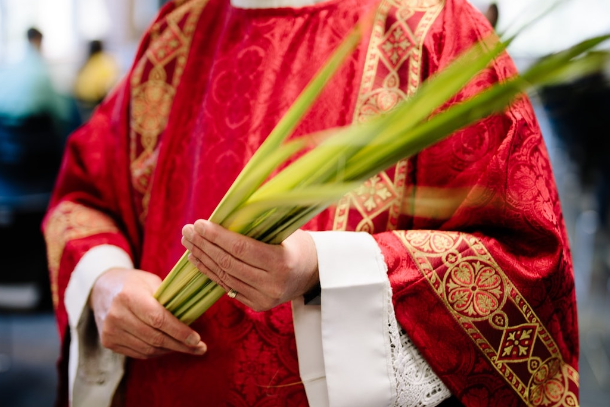 There is no evidence that celibate priests are greater exemplars of virtue than other men. (Photo by Grant Whitty/unsplash.com)

The agenda for the Synod of Bishops for the Pan-Amazon Region being held in Rome includes discussion of the ordination of “married men of proven virtue” (viri probati) to provide opportunities to join in the Eucharist for the Catholics of Amazonia, where a shortage of priests prevents people from sharing in the sacrament for months or even years.

The topic is important and the eventual implementation of such a move is essential not only to the People of God in Amazonia but throughout the world if we are to be true to the Catholic tradition that the Eucharist is “the source and summit of the Christian life.”Simply put, if the Eucharist is what we say it is, then the right of Catholics anywhere to share the sacrament is absolute and must not be hindered, let alone prevented, by lesser non-dogmatic historically and regionally developed regulations regarding celibacy or models of sacramental service.And yet, though the issue is of utmost importance, the way the matter is expressed is either comic or insulting or both, depending upon your taste.

In light of the sexual abuse and financial corruption by clergy that have been tearing the Catholic Church apart for at least the past three decades, and the clerical culture that abets it all, it is hard to not give a sardonic smirk or even a loud guffaw at the implicit claim that married men need special supplementary verification that they are of “proven” virtue in order to be ordained.

I have never heard talk of ordaining “celibate men of proven virtue.” Do we only require certifiable virtue of married men? Are celibate men exempt from that requirement because though they can and should be virtuous, proof of their virtue is not needed either because it can be presumed or because it is not so important as being at least nominally celibate?

Certainly the evidence does not show that celibate priests are greater exemplars of virtue than other men. At best, we hope and pray that on the whole they are no worse than married men, as is probably the case.

So, the emphasis upon “proven virtue” is ridiculous enough to be mildly amusing to those who, like I, are sarcastically inclined.

However, there is a much less amusing aspect to the emphasis. The requirement of “proven virtue” carries the implication that somehow or other, men who are married are ipso facto not to be considered virtuous unless proven otherwise. Why might that be? What is it about married men that would make vice the presupposition of their state?

Obviously, the basic fact about married men is that their lives involve women. And not only women but women with whom they have sex. Celibacy and the priestly ministry There is a long history in the Catholic Church, especially perhaps among clerics, of considering sex to be somehow defiling and women to be invitations to sin. That attitude is one of the reasons (not the sole one nor, one hopes, the chief one) underlying the emphasis upon celibacy.

When after the recent restoration of strict liturgical compliance with older Latin practices, the bishops of Japan wanted to reaffirm their practice of not kissing the altar during Mass, a curia cardinal insisted that they must reintroduce kissing because it is a universal gesture of respect. He pointed out that when Japanese meet their emperor, they genuflect and kiss his ring. In fact, they bow and do not touch His Majesty at all. And he does not wear a ring. Those facts made no impression upon His Eminence. He insisted that kissing the altar must be restored.

What finally got him to change his mind was a bishop’s pointing out to him that in Japan kissing is solely a sexual gesture. The word “sex” was enough to get the cardinal to back off and declare that if such were the case, a bow could replace the kiss in Japan. However, it could not be a “Japanese bow.” No one has yet figured out how bending at the waist differs in Japan from doing so elsewhere. But, at least for once, the ecclesiastical wariness of sex advanced the cause of common sense.

By all means, let’s ordain men, married or not, in order to open access to the Eucharist to all Catholics no matter where they live. (The ordination of women is not in the present state of the question within the realm of realistic possibility and is unlikely to be so for a long time if ever.)By all means, let’s expect those men to be virtuous, as we expect all Christians to be virtuous. But let’s stop acting as if married men are somehow more in need of vetting by the virtue police or vice squad than unmarried men, whether celibate or merely single.

Father Bill Grimm is the publisher of ucanews and is based in Tokyo, Japan. The views and opinions expressed in this article are those of the author and do not necessarily reflect the official editorial position of ucanews.