The pope's pragmatism may be good news for gay people 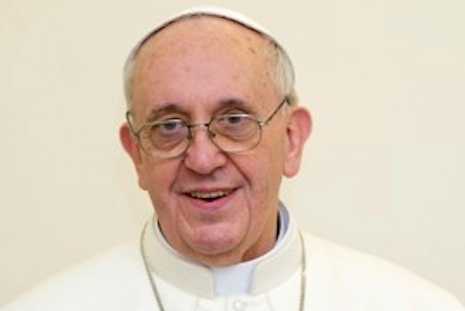 Along with many Catholics, I hope our new pope brings that pragmatic streak to Rome as the worldwide leader of the Catholic Church.

Michael O’Loughlin of the Religion News Service writes about some good steps Francis could take in the first days of his papacy. Most notably, O’Loughlin suggests that Francis publicly condemn legislation that puts the lives of gays and lesbians at risk, like those being considered in Uganda and Russia.

My suggestion isn’t as bold or innovative. It is simply a first step: neither an attempt to break any new ground theologically nor a plea for church authorities to change its political stances.

On homosexuality, we simply, and urgently, need a pastoral shift from our new universal shepherd.

For over 25 years, through speeches, letters and memorandums the Vatican has made it abundantly clear where it stands on homosexuality and issues surrounding it, most notably same-sex marriage. The faithful know the teachings well.

Sadly, throughout these years, I have yet to see anything come from Rome in regards to this issue that has done enough justice to some of the most fundamental truths of the Christian faith, namely, that God created and redeemed humankind out of love and that this love overflows for every human, regardless of sexual orientation.

The American bishops, noticing this phenomenon, published a pastoral letter in 1997, titled “Always Our Children.”

In it, they write: “God does not love someone any less simply because he or she is homosexual. God’s love is always and everywhere offered to those who are open to receiving it”

It also encourages pastors in the church to “welcome homosexual persons into the faith community, and seek out those on the margins. Avoid stereotyping and condemning. Strive first to listen.”

To welcome, to seek, to listen and to love: this good advice must be the starting point for Francis’s outreach to those who oftentimes find themselves on margins of the church, especially members of the LGBT community.

Some say this approach of preaching God’s love is too soft.

This is the Gospel of Jesus Christ and the very point of our faith.

Pope Benedict said it well: God’s love for all of humanity is the “summary of the Christian life”

Sadly, many of our gay friends don’t feel welcome to enter into the life of the church.

Pope Francis—as the Vicar of Christ—will wash the feet of 12 young prisoners this week to demonstrate what he’s preached: that “true power is service [to those who are on the margins].”

In this spirit, I hope he also takes time over the first months of his papacy to break bread and begin dialogue with gay Catholics who with great love of Christ and of the church are trying to find a home in this universal faith community.

His message can be simple, but can once again proclaim the fundamental truths of our faith: You are children of God. He loves you. Christ walks with you. The pope cherishes you, and the church welcomes you.