The India-China game of one-upmanship 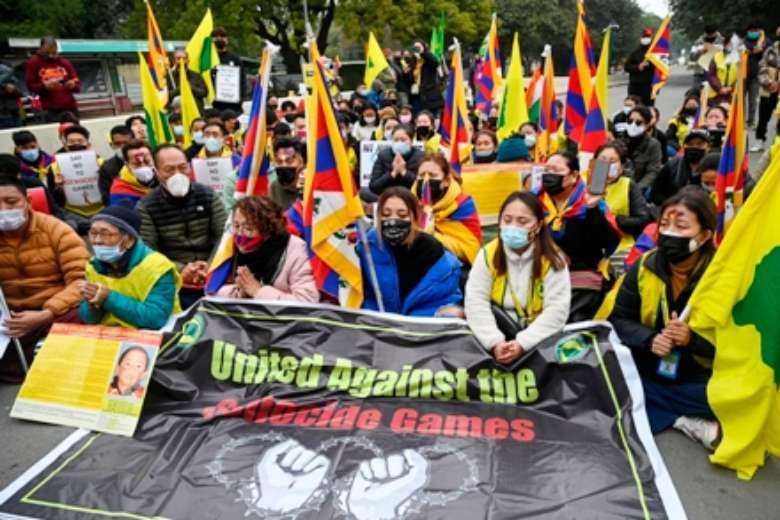 In November 2021 something unusual took place. India backed the hosting of the Winter Olympics in China. “India's behavior toward the Beijing 2022 Winter Olympic Games embodies that New Delhi retains its strong diplomatic and strategic autonomy,” wrote the Global Times.

But last week India announced a diplomatic boycott of the Winter Olympics. “It is indeed regrettable that the Chinese side has chosen to politicize an event like the Olympics...The Charge d’Affaires of the Embassy of India in Beijing will not be attending the opening or closing ceremony of the Beijing 2022 Winter Olympics,” said Arindam Bagchi, a spokesman in the Ministry of External Affairs.

The Asian giants share a 3,480 kilometer-long border and fought a bitter war in 1962, which has affected other bilateral and people-to-people relations ever since.

In early 2017, the two countries clashed at the Doklam plateau along the disputed Sino-Bhutanese border. But things improved with both Prime Minister Narendra Modi and Chinese President Xi Jinping holding two informal summits in Wuhan in 2018 and near Chennai in 2019.

In 2020, the decades-old border standoff returned, threatening to kill peace in the region. Soldiers on both sides fought each other, particularly in Ladakh, a Buddhist majority high altitude area in the foothills of the Himalayas.

The skirmishes led to casualties on both sides at a spot called Galwan.

China sprang a surprise recently by deciding that Qi Fabao, a Chinese regiment commander who received military honors for the Galwan clashes, would be among the 1,200 runners bearing the Olympic torch at a relay in Beijing.

“This is something China could have avoided,” said a ruling Bharatiya Janata Party leader in Delhi hinting that it could revive India-China rivalry yet again, although New Delhi has tried to keep sports and geo-politics separate.

The US, Japan, Australia, the United Kingdom and a number of other countries including Denmark, the Netherlands, Sweden and the Czech Republic have already announced a diplomatic boycott of the games over the issue of violence against Muslims in some regions in China.

It means sending athletes and sports officials but no diplomatic or political presence.

Congress lawmaker Rahul Gandhi even referred during the ongoing budget session in parliament to how the diplomatic laxity of Prime Minister Narendra Modi’s government had brought its immediate rivals, China and Pakistan, closer.

This was on Feb 2, the day before India announced its boycott decision.

Dr. Jaishankar said the Beijing-Islamabad bonhomie started decades ago. “From the 1970s, the two countries also had close nuclear collaboration. In 2013, the China-Pakistan Economic Corridor started. So, ask yourself: were China and Pakistan distant then?” he posted a rebuttal to Gandhi on Twitter.

US State Department spokesman, Ned Price, when asked to respond to Gandhi’s remarks at a regular briefing, said: “I certainly won’t endorse those remarks.”

These political utterances apart, India has lately taken up with China the issue of the alleged ‘torture’ of a teenager from Arunachal Pradesh state in the northeast, while in the custody of the Chinese People’s Liberation Army (PLA).

Miram Taron, 17, was on a hunting trip with a friend near the Line of Actual Control when he was allegedly abducted by the Chinese army on Jan. 18. His father alleged that the boy was assaulted during his custody.

New Delhi has also sought to corner Beijing on certain other issues including Covid19.

India was among the 190 member states of the World Health Organization that had in 2020 backed a resolution for an international investigation into the origins of the deadly pandemic, first reported in China’s Wuhan city in 2019.

The Indian government never officially blamed China for Covid-19. But many including federal minister Nitin Gadkari have aired their suspicions in televised interviews.

“This virus is not natural. It is an artificial virus,” Gadkari had said.

Then there is the issue of a bridge being constructed by China on Pangong lake.

“This bridge is being constructed in areas that have continued to be under the illegal occupation of China since 1962. The government of India has never accepted this illegal occupation,” India’s junior foreign minister V Muraleedharan told parliament last week.

The junior minister asserted that the government had made it clear on several occasions that Jammu and Kashmir and Ladakh are an integral part of India.

“We expect other countries to respect India’s sovereignty and territorial integrity,” he said

China also renamed some places in Arunachal Pradesh but India dismissed it as an effort to build up a media narrative on the eve of New Year.

“This is not the first time China has attempted such a renaming of places in the state of Arunachal Pradesh,” said the Indian spokesman.

There seems no end to the one-upmanship between Asia’s giants.