The icon that means the world to Pope Francis 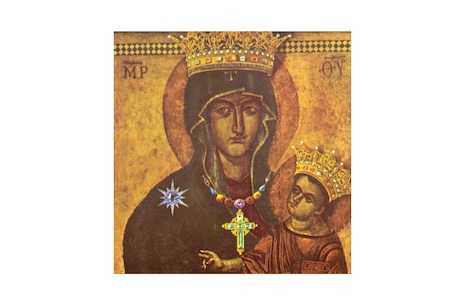 By Sandro Magister for chiesa.esspresso.online.it

With the passing of the days the extraordinary nature of the vigil presided over by Pope Francis in St. Peter's Square on the evening of Saturday, September 7 is becoming ever more perceptible….

….Perhaps what struck those present the most was the entrance into the square, at the beginning of the celebration, of the Marian icon of “Salus Populi Romani," carried by four halberdiers of the Swiss Guards and preceded by two little girls with bouquets of flowers. The icon was enthroned in front of Pope Francis, who venerated it devoutly. It was a point of reference for the entire vigil, beside the altar.

The Jesuits accompanied their first missions with reproductions of this icon, which they highly venerated.

Pius XII paid homage to it when he proclaimed the dogma of the Assumption in 1950, and again crowned it in St. Peter's in 1954, at the centenary of the proclamation of the dogma of the Immaculate Conception.

John Paul II associated a copy of this icon with the World Youth Day of 2000, in Rome.

And beginning with the one in Cologne in 2005, celebrated by Benedict XVI, all of the following World Youth Days have carried in pilgrimage a copy of the icon of “Salus Populi Romani," together with the Cross.

Pope Francis also wanted it at World Youth Day in Rio de Janeiro last July. After he was elected pope, his first outing was to the Basilica of St. Mary Major, to kneel in prayer in front of this icon.

Full Story: Francis and the Miracle of the Icon