The fight to end genital mutilation in India

The practice is physical and psychological 'torture,' activists say 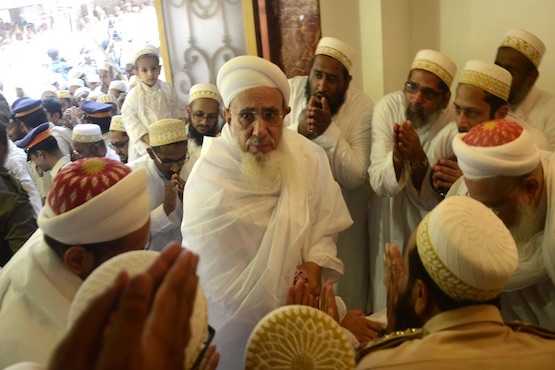 At the age of seven, Yamini (not her real name) went through a religious torture that continues to haunt her. The sudden, excruciating pain she suffered in her genitals left her scarred for life.

Yamini is a victim of female genital mutilation, practiced discreetly by India's approximately 1 million strong Dawoodi Bohra Muslim community, a sect within the Ismaili branch of Shia Islam. While India has no law banning genital mutilation, women's groups have started a campaign to end the practice.

Yamini said that her grandmother and other elderly women in the family "took me to a dingy one-room house in a narrow lane. After talking to the woman in the house for a few minutes, my grandmother asked me to lie down."

She was terrified and confused. "I could not even see the woman's face who performed the procedure. I don't know whether she used a blade or a pair of scissors."

The mutilation, also known as female circumcision, ritually removes some or all of the clitoris, the part of the vulva responsible for sexual pleasure and orgasm. It is practiced by communities in Africa and Asia.

The  Bohra community in India is concentrated mostly in the western Indian states of Gujarat and Maharashtra and in small pockets scattered throughout the country. They practice the mutilation in secret so there are no figures on the number of women who have suffered it.

The procedure, done without anesthesia and in unhygienic conditions, leads to pain, shock, infection and excessive bleeding. According to tradition the procedure checks female sexual desire.

Despite being at odds with the rest of the world, religious leaders from the Bohra community have defended their tradition.

Last year, Syedna Mufaddal Saifuddin, the spiritual head of a Bohra sect in India said that the practice should be continued irrespective of the law, media reports said.

"Male and female circumcision are religious rites. Religious books written over a thousand years ago specify the requirements for both males and females as acts of religious purity," he said.

"What happened to me? Why did it happen? Where is the blood coming from? Where is my mother? Why did no one tell me anything before I underwent it? And nobody told me anything about it after it was done," she said, adding that all she was told was that "it happens to every girl."

According to the World Health Organization (WHO) more than 200 million girls and women alive today have undergone the procedure in 30 countries in Africa, the Middle East and Asia.

However, female genital mutilation is a cause for celebration in the communities that practice it. Often it is part of the Sitabi celebration which includes special food and gifts for the girl.

Yamini said that female genital mutilation is mostly conducted in their community between the ages of 7-12 when girls are not yet sexual mature but can remember everything, leaving a permanent scar in their mind.

"Everyone, even the most educated in Bohra community supports this. The community blindly follows the cultures and traditions," she said.

The practice, WHO said, shows a "deep-rooted inequality between the sexes and constitutes an extreme form of discrimination against women. It is nearly always carried out on minors and is a violation of the rights of children."

Activists have accused the government of feigning unawareness so they do not have to deal with religious complexities of outlawing it.

Activists like Masooma Ranalvi are few among the Bohra community. She said that since the community is tiny and scattered their practices remain unknown.

Also, the women are "extremely scared to speak out" as they fear being thrown out.

A few groups have been campaigning against it in India. In December 2016, a group of them calling themselves "Speak Out on Female Genital Mutilation" wrote to the United Nations to recognize India as a nation that allows the practice.

Ranalvi was one of the 17 women who started an online petition in December 2015, urging the India government to ban the practice but it did not get enough signatures to force the government to respond.

"The biggest take-away of our movement is that we have been able to start a conversation about the mutilation. For the first time, we are discussing something that we never spoke about because of the secrecy," Ranalvi said.

"The nightmare has stayed with all of us through generations. It is torture, physical and psychological," she added.