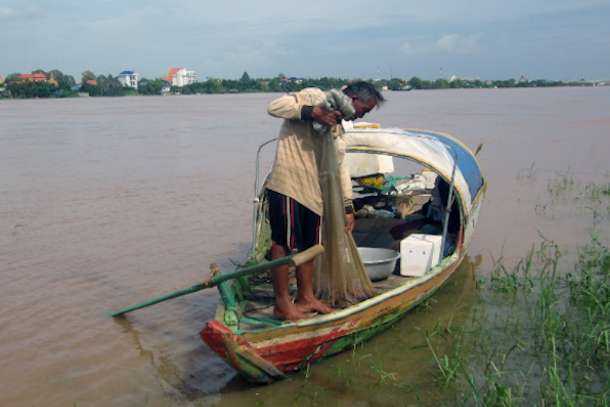 Water levels along Thailand’s stretches of the Mekong River have plummeted to alarming lows, causing renewed hardships to fishermen and farmers living alongside the storied waterway.

In northeastern Nakhon Phanom province, which borders Laos, water in the river stands at a mere 5 meters, which is 8 meters below the spillover level of 13 meters, local officials have reported.

The low level in the river, which is a vital source of water for tens of millions of people in several countries, is especially disconcerting as it comes during the rainy season. At the same time, four main local tributaries of the Mekong in the predominantly rural province have also seen their water levels plummet to between a fifth and less than a third of their usual capacities at this time of year.

Thailand is hardly alone in its predicament. The scarcity of water in the Mekong is causing an ecological disaster in several other Southeast Asian nations and it is no mystery what is behind it: China’s hoarding of water for the reservoirs of its hydroelectric dams upstream.