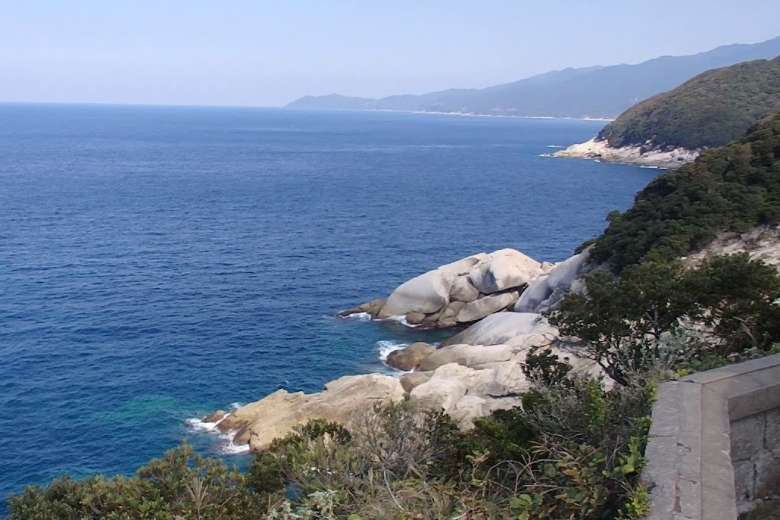 Yakushima is a popular tourist destination with a curious attitude to sex crimes. (Photo: YouTube)

Yakushima is a green round-shaped island considered sacred by the Japanese. Every year the island draws 250,000 tourists, almost 10 times the number of its inhabitants.

The ecology here is so distinct that some claim the differences in temperature and climate of the island are the most extreme on earth. Here you have the chance to see plants from both the subtropical zone and the cold temperate zone.

But its most significant trait is the widespread forest, with some of Japan's oldest living sugi (cedar) trees. Some of those trees are more than 1,000 years old and apparently the oldest may date back seven millennia.

Yakushima’s rich woodland had been ferociously exploited in the past, particularly during the Edo period (1600-1868) when the Japanese were particularly hungry for that base material, wood, essential to the construction of houses, temples and shrines. The particular form of those trees, very straight and very long, made them perfect for such use.

An island once abused for its rich fauna has now almost entirely recovered from the logging of the past and many areas were declared a National World Heritage site in 1993.

But despite the sacred image, this island has a dark side — something that would never be advertised in the news.

Every year thousands of tourists come to Yakushima to hike the several peaks (there are as many as six over 1,800 meters high including the highest mountain in the region at 1,935 meters) through thick forests just to see the ancient sugi trees, hug them and pray to them. Among them many solo women spend 5-7 days hiking different mountains.

This is an island where there have been dozens of rape cases involving locals (usually hosts of small guesthouses) that have mostly never been reported. Even if they were reported, the perpetrators never got punished. As a woman who has lived on the island for more than 20 years said: “The island’s authorities consider the inhabitants family. Nobody is going to denounce a family member.”

The inhabitants number around 30,000 and most of them are natives who have lived here for generations.

Everyone knows of the existence of these sexual crimes. A known child molester runs a very popular cafe and despite being caught red-handed exposing himself in front of an elementary school he has never been reprehended. Despite having molested women and children, he still runs his own successful little business. The reason is always the same. Islanders are one family. No one dares to talk about it. That is why I was able to get a confession from a person who felt she could speak freely to a foreigner, hoping someone will denounce all this.

But why is this all happening in this very island? Maybe it has something to do with the intrinsic isolation of the place itself. The backwardness of the local culture reminds me of a concept first introduced in the ‘50s by an American sociologist who had studied the secluded population of the south of Italy.

The author’s hypothesis was that backward societies would present an extreme conception of family ties that is counterproductive to the collective interest. Individuals would only act to maximize the material benefits of one's nuclear family. In the case of Italy, this particular ethic was seen as the main cause of social decay.

Here the individual would pursue what was considered good for his own nuclear group, and would never endanger it for the benefit of the general community. In this case, the categories of good and evil only were applied to family members, not other individuals external to the community.

Amorality is therefore the absence of moral social relations between individuals and those outside the family.

Banfield's thesis provoked controversy and stimulated debate, and his point is still accepted today by many Italian sociologists.

But we are in Japan and stories about molesting and rape make the headlines only if they don't disrupt a profitable business. And Yakushima’s sacred image is too valuable for everyone to exploit that no one will dare tarnish it. So, we will hear for the thousandth time about the chikan (train molester) who rubbed against a high school girl on a Tokyo train but never about Yakushima’s highly unsafe environment for solo women travelers.