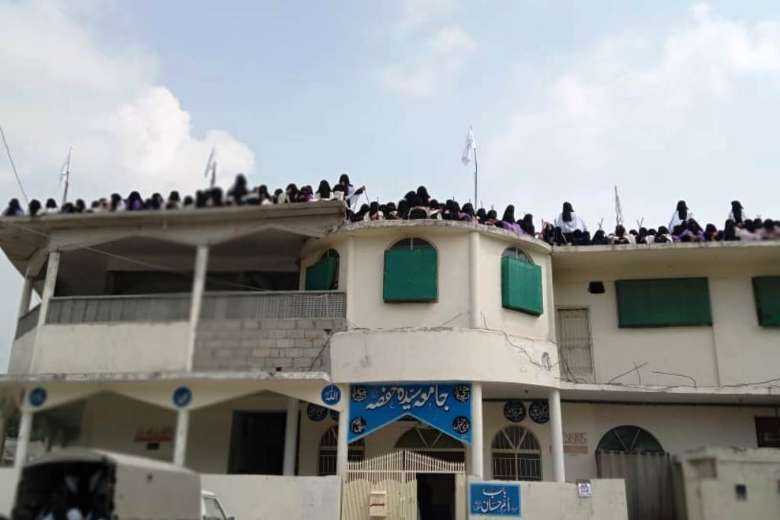 Flags of the Emarat-e-Islami (Taliban-ruled Afghanistan) fly atop the roof of Jamia Hafsa seminary in Islamabad, Pakistan. (Photo supplied)

Sept. 22 marks eight years since the worst attacks on Christians in Pakistan. At least 85 people were killed and more than 140 wounded in the twin-suicide bombing outside All Saints Church in Peshawar, the capital of Khyber Pakhtunkhwa province.

The Presbyterian Church has produced an anniversary banner paying tribute to the "martyrs” who died in the attack.

Jundallah, a group linked to Tehrik-i-Taliban Pakistan (TTP), claimed responsibility for the attack, saying it was in response to US drone strikes.

When the Afghan Taliban toppled the Western-backed government in Kabul, some Pakistani officials and religious parties congratulated them for the victory. However, Catholic officials were alarmed.

“There is a similarity in the present Pakistani and Afghan federal governments as both have denied religious diversity in their cabinets. This is alarming because minorities have been considered as others in their own country,” tweeted Anjum James Paul, the Catholic chairman of the Pakistan Minorities Teachers' Association.

On Sept. 7, Pajhwok Afghan News reported partitions being raised in university classrooms after the Taliban announced male and female students should not attend one classroom.

That same day, Pakistan’s Directorate of Education issued a letter asking female teachers in Islamabad not to wear jeans and tights. Their male counterparts too were forbidden from wearing jeans and T-shirts.

Meanwhile, Taliban attacks have become frequent in Pakistan with two suicide attacks reported so far in September. At least three paramilitary personnel were killed on Sept. 5 in Balochistan province’s Quetta region while seven soldiers were killed on Sept. 13 in the North Waziristan tribal region.

On Sept. 17, the cricket-crazy nation suffered a massive setback when New Zealand abruptly called off their limited-overs tour at the last minute citing security concerns. Three days later, England too pulled out of their men’s and women’s cricket tours next month.

The cancellation of cricket tournaments is a huge embarrassment for Prime Minister Imran Khan, a former international cricketer. International cricket matches in Pakistan had begun with relative frequency over the past few years after being suspended in 2009 following a terror attack on the Sri Lankan team in Lahore.

Some analysts are now concerned that failing to find high-value targets like foreign cricket teams, the Afghan affiliate of Islamic State known as Islamic State Khorasan (ISIS-K) might revert to soft targets like churches and temples in the country.

Catholic and Protestant leaders in Pakistan say the government should dig deeper and do more than just blame outsiders for deadly church bombings. Discriminatory treatment is routinely meted out to Christians, who face a lack of employment opportunities and poor access to education despite their contributions toward defense and welfare.

They also point out how many among the Afghan Taliban leadership were educated in madrasas (religious schools) in Pakistan. Pakistan has about 36,000 madrasas. Human rights activists have long been accusing these privately funded institutes of producing intolerant clerics.

Now, with the newly introduced single national curriculum with its heavy emphasis on Islamic instructions, even average students will be radicalized, educationists fear.

Last weekend Islamabad police registered a case against Lal Masjid chief cleric Maulana Abdul Aziz and his armed men for preventing the police and district administration from removing the Emarat-e-Islami’s (Taliban-ruled Afghanistan) flag unfurled atop the seminary in Islamabad.

Photos shared on social media showed Aziz holding a Kalashnikov. “The Pakistan Taliban will teach you all a lesson,” he told officials. The mosque is very close to the high-security zone where the prime minister and president reside and parliament buildings are located.

Religious minorities, women, children and foreigners will remain under threat

The trend of raising Taliban flags will go beyond Islamabad. The new wave of terrorism will be more deadly.

“Pakistan will be the most affected country as the Taliban return to power in Afghanistan,” Ashiknaz Khokhar, leader of the Active Youth of the Sacred Heart Church in Sahiwal, Punjab province, told me.

He felt that all territories sharing a border with Afghanistan will have to rework their diplomatic ties. “Religious minorities, women, children and foreigners will remain under threat,” he added in an apparent reference to the fact that most Pakistani Christians live in northern Punjab.

Things won’t improve until peace continues to be regarded as a foreign agenda in Pakistan. An inner change is needed to bring stability in the country, said Christian and Sikh speakers at the World Peace Day function organized by Human Friends Organization, a Catholic organization, in Lahore on Sept. 21

The mood at the event was gloomy and Ejaz Alam Augustine, Punjab’s minister of human rights and minority affairs, urged the clerics “to work in double shifts” for interfaith harmony.

Both the Church and Christian organizations need to shift from such peace programs and awareness sessions to serious consultations. Clerics have been successfully engaging with interfaith commissions. It’s high time to bring them closer to human rights groups. 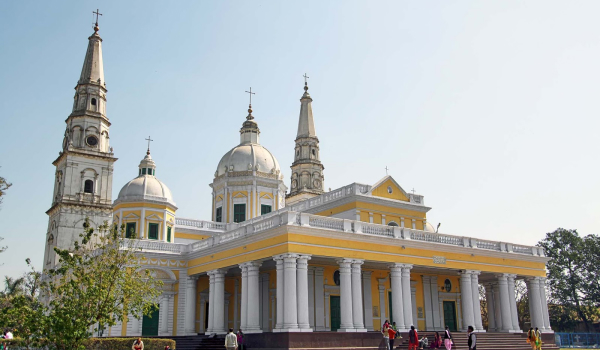