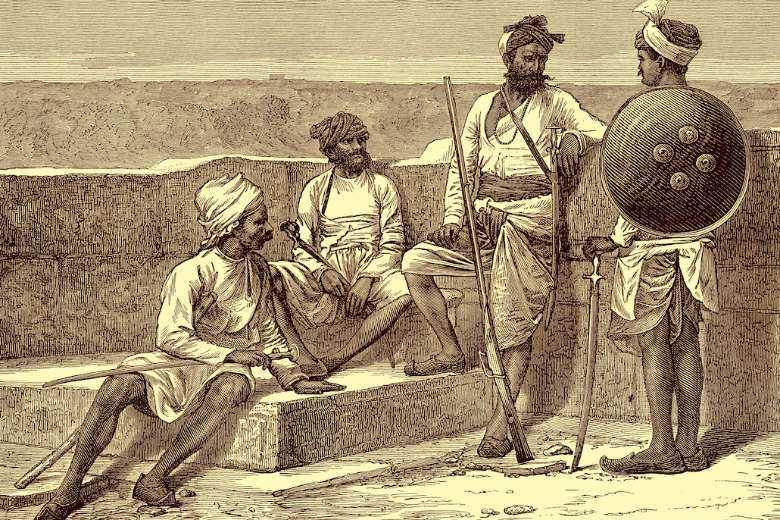 The caste system robs many Indians of education, employment and other opportunities. (Image: Wikipedia)

The Chief Justice of India looked down from the middle chair in Court Number 1 and very calmly, almost in a cold tone, asked the counsel for the Christian community: Will any bishop tell the court his church practices casteism?

It has been many decades, but no bishop has filed an affidavit that he, his church or his community discriminates against fellow Christians because of their “low” caste.

Christians converted from the group once known as untouchables, and later classified in the more dignified nomenclature of the scheduled castes, have fought a lonely battle in court, parliament and in their churches. They remain alone in the battle, which continues. Because so does caste in their community.

And such is also the case with the Muslim, Sikh and Buddhist communities, among the five religious groups listed as official minorities in India.

For as long as he was alive, and deemed a spokesman and religious-political leader of his community, the brilliant diplomat-turned-politician, Syed Shahabuddin, swore that since Islam believed in the equality and brotherhood of man, and did not acknowledge the existence of caste, there was no question of seeking scheduled caste status for any section of the community.

Long before the Justice Rajinder Sachar commission was set up to evaluate the economic status of the Muslim community and found it to be far below the national average, Shahabuddin, whom I knew well, would only support a backward class status for the entire community, with all the economic and political perks it attracted.

My own research as a grassroots reporter and activist had brought me face to face with the stunning reality in the soil of South Asia.

On a visit to Pakistan, when such things were still possible without being lynched on social media, I saw a major strike by the local Christian community, all Punjabis. They were demanding a half-day off on Sunday, if not a day off, to be able to go to church. Almost every one of them was a municipal employee, what in Hindi would be called a safai karmachari. And there, as here, they were from the former untouchables. They were called Choora, a derisive term also heard in Jammu and Punjab in India. They had been almost forced to stay back during the Partition of 1947 because the government needed to staff its civic services, and no one else was willing to do the dirty work.

And back in India, in a study tour of the villages of Punjab along the border areas, I came across a few manual scavengers who worshipped the same God as I did. Years later, during a visit with the late Swami Agnivesh to launch a march against manual scavenging in Rajasthan, I came across scores of Muslim families who worked as manual scavengers. The women were the ones who actually did the demeaning work. I met the daughter of one of them. She had gone to law school. Agnivesh joined me in washing her mother’s feet in a gesture of atonement.

The Sikh and Buddhist sections were far more lucky in their political clout with governments of the day. Mazhabi Sikhs, as they are called, and Ambedkarite Dalit Buddhists, as they called themselves, had been both braver and far more lucky in their political leadership and clout. Both were in turn covered by the scheduled caste definition, which helped them get seats in parliament and every elected legislative and local government body. It also got them protection of the law under the Anti-atrocities Act. Political rulers used the defensive, and very polarising, distinction of Sikhism and Buddhism being Indian faiths, as opposed to the alien Abrahamic Christianity and Islam.

The writ petitions of the Christians and Muslims of Dalit origin — they are called DC and DM in a celebrated socioeconomic study by Prof. Satish Deshpande of Delhi University — are still pending in the Supreme Court, awaiting a listing before a constitutional bench. This is all the progress they have made in more than a decade and a half after summarily losing their first attempt in the court for justice. That terrible judgment is called the Soosai Case after the cobbler who had sought protection of the law as much as others from his community, but worshipping a different god.

Deshpande’s momentous study was at the behest of the National Commission for Minorities. Another panel, the National Commission for Religious and Linguistic Minorities, headed by former chief justice Ranganath Misra and set up in 2004, not surprisingly found that caste had crossed the borders of the original Varna system of the law-giver Manu to permeate every single religion that came to the land. The commission did not use the words, but the meaning was clear. Caste, and caste-based discrimination, had tainted every faith, in about equal measure. Like Deshpande, Misra also discovered that the discrimination was social, of course, but also economic and in representation in the government and private workforce.

“We have found no indication whatsoever in the constitution ... of an intention that scheduled castes must remain confined to any particular religion or religions," Prof. Tahir Mahmood, a commission member and former chairman of the National Commission of Minorities,  said when the Bharatiya Janata Party (BJP) led a series of objections to the Misra panel’s findings.

“It is not only unconstitutional but it would also encourage conversions. We would oppose any move towards reservations for Dalit Christians and Muslims," said BJP spokesperson Prakash Javadekar, now a central minister. These are words that were repeated in parliament this session by the BJP, now in government. Law Minister Ravi Shankar Prasad made it quite clear in the Rajya Sabha this session that the Narendra Modi government had absolutely no intention to bring Dalit Muslims and Christians on a par with Hindus, Sikhs and Buddhists of the same caste groups.

Javadekar’s reference to religious conversions — the root of the current “love jihad” laws and their parental anti-conversion legislation in eight Indian states — is what this is all about.

Babasaheb Ambedkar and the prime minister of the day, Jawaharlal Nehru, had in the newly independent country’s constitution sought to make amends to a historic ethnic wrong done over three millennia to this group of citizens. Article 341 therefore gave them a special place, and social rights which invaded political representation, and reservations of up to 15 percent in educational institutions and government employment. Ambedkar would later leave the cabinet, and in 1956 leave the Hindu religion to join, with half a million others, the Buddhist faith. His followers would be called Ambedkarite in time, and today they are an important part of national politics and civil society.

So, what forced the very secular Nehru and the chair of the constitution-writing committee to renege on their own written promise?

Article 341 was not diluted but emasculated by the Presidential Order of 1950 under the irresistible pressure of the most powerful segments of not just the opposition parties but also of the ruling Congress, especially its members from what is now Uttar Pradesh, Bihar, Madhya Pradesh, Gujarat and Maharashtra. This said that the constitutional guarantees of affirmative action would be limited only to those who remained Hindu. In effect, people would not be entitled to reservations and the umbrella of the untouchability-ending laws if they left the Hindu fold.

This, in effect, is the world’s most extensive, most powerful and most viciously bigoted anti-conversion law. It is a law that enforces a particular religion. It robs the Hindu Dalit of the freedom of choosing his or her religion at pain of being denied education, employment and other aspirational and political benefits that come with remaining in the fold. And it robs possibly 10 million or more Christians — most of them outside the Northeast and Kerala — of what is rightfully theirs for sharing a painful past, a violent racial memory and continuing social discrimination and vulnerability.

It also, in effect, communalizes the protective cover of the law of the land, leaving a large number of people out of its shield, victims though they are of social derision and economic neglect compounded by political exclusion.

This is not how newspaper articles narrate the persistent tragedy of the DCs and the DMs. But legalese cannot take away the bitterness of the truth.

John Dayal is a journalist and human rights activist based in New Delhi. The views expressed in this article are those of the author and do not necessarily reflect the official editorial position of UCA News.