At least 36 asylum seekers, including women and children, detained in early morning raid on Bangkok apartments 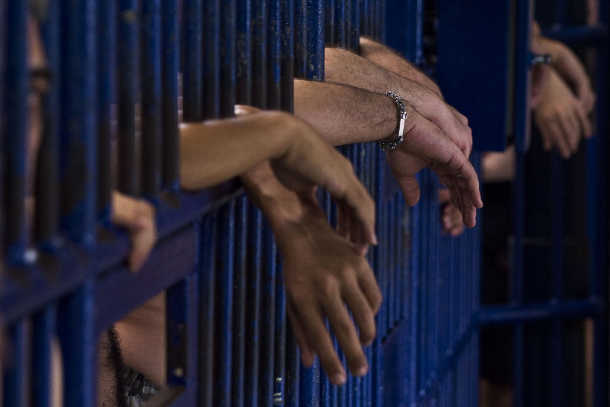 Foreign detainees stand behind bars at an immigration detention center in Bangkok in this January 2019 file photo. Thai immigration police picked up at least 36 Pakistani Christian asylum seekers on Dec. 19 in a raid on an apartment building in Thailand’s capital. (Photo by Romeo Gacad/AFP)

A group of Pakistani Christian asylum seekers were arrested Dec. 19 by Thai immigration authorities in an early morning raid on a low-rise condominium in eastern Bangkok.

An estimated 36 people, including around 12 women and an equal number of children, were detained after immigration officials showed up at the doors of several low-rent units of asylum seekers at around 6am, Bangkok-based Pakistani Christians told ucanews.com.

The immigration officers “came knocking on doors and when the people inside didn’t open up, the officers broke the doors down,” said Joseph, a Pakistani Christian refugee from Karachi, who learned of the details by communicating with arrestees via social media.

One 20-year-old Christian man who sought to escape being arrested by jumping out of a window ended up with a broken leg.

“The authorities took them all — even the kids and women,” Joseph (not his real name) said.

“They are being held at a police station,” he added, displaying several pictures, taken with a mobile phone, of Pakistani Christian men inside Spartan holding cells.

“We don’t know what will happen to them,” he added.

Thai authorities do not recognize Pakistani Christians who have fled discrimination and persecution in their homeland as refugees deserving of legal protection.

These asylum seekers, most of whom have been staying in Thailand for years without visas and often without valid passports, are regarded by local law enforcement officials as illegal migrants.

As a result, they are subject to arrest and prolonged detention at overcrowded detention centers for illegal immigrants and visa over-stayers. They may also face the prospect of being deported back to Pakistan, which many fearful asylum seekers consider a veritable death sentence.

To avoid detention, the hundreds of Pakistani Christians in Bangkok do their best to stay out of sight. They languish inside small apartments and come out only occasionally to stock up on groceries at nearby stores.

“We’re all paranoid about getting caught,” Joseph said.

“We’re too scared to move around outdoors. We go out only once a week,” he added. “Staying home all the time is especially hard on my kids.”

Joseph, who is a devout Catholic, stays with his wife and two children in a small low-rent unit on the outskirts of Bangkok.

His children are unable to go to school. They are afraid to venture outside even to play.

“We keep the curtains drawn all the time right now so that we won’t attract any attention,” said Joseph, who has been staying in Bangkok for nearly seven years with his family while waiting for a chance to be repatriated to a welcoming third country.

In Pakistan he ran ha successful business but after some local Muslims accused him of blasphemy, which is a capital crime in the conservative Muslim nation, he fled the country in fear of his life.

“Circumstances took an ugly turn,” he recalled. “Now we’re physically safe but we are desperate.”

During his recent visit to Bangkok Pope Francis urged Thai authorities to respect the rights of refugees in the predominantly Buddhist nation.

The pontiff’s call, however, seems to have fallen on deaf ears, at least as far as Pakistani Christians are concerned, say local refugee rights advocates.

“We hoped the visit of His Holiness would improve our situation, but nothing has changed,” a Christian asylum seeker from Lahore said.

The fate of the three dozen Christians who were detained yesterday remains uncertain.

While some of them might soon be released, others could be held indefinitely at an immigration detention center where overcrowding and unhygienic conditions take their toll on inmates.

“We’re still in the dark about what will happen,” Joseph said. “All we can do is pray for them.” 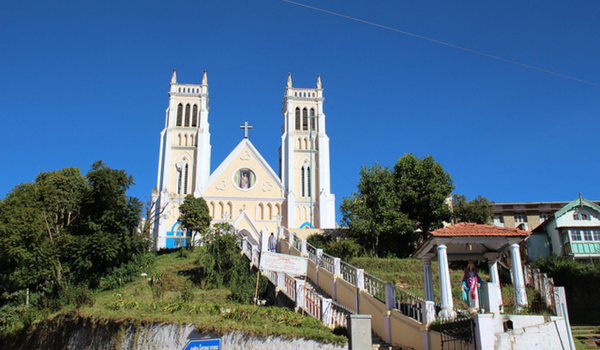