Thai media must be honest to avoid irrelevance Thai royalists take part in a rally near parliament as MPs debate the charter amendment in Bangkok on Nov. 17. (Photo: AFP)

Thailand’s mainstream media will need to be more open and honest in covering political developments deemed “sensitive” in the country or they will risk becoming irrelevant in an era of robust discussions about such issues on social media, according to a prominent Thai journalist.

At particular issue is a culture of self-censorship prevalent in the Thai media about the monarchy, which has long been portrayed officially as inviolate and beyond reproach.

Yet the young pro-democracy protesters who have been staging regular mass rallies in Bangkok and elsewhere in Thailand for months have been clamoring for political reform of the institution. Many of the demonstrators have also been openly critical of the royals, including King Maha Vajiralongkorn, in what has come as a shock to Thai royalists who are used to speaking of the institution only in the most revered tones. 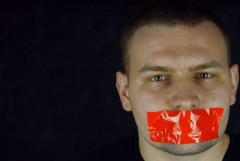